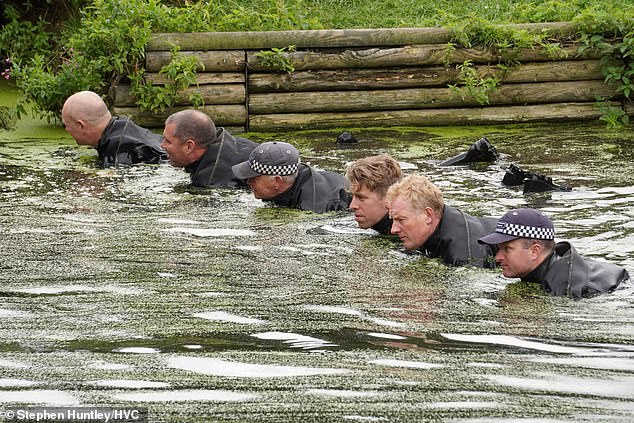 Police have launched an appeal to find two boys who helped a member of the public pull two black bin bags containing human remains from a river in Suffolk.

A murder investigation was launched last Thursday when two black sacks filled with bones were pulled out of the River Stour, near Sudbury.

The two black bin bags were spotted in the river by a member of the public and reported to a ranger who called the police.

A shopping trolley was found a little further along the river from where the bags were located.

Police want to speak to two boys who helped pull human remains out of the River Stour in Sudbury on Thursday. Marine officers have continued to search the water since the discovery

Investigators have said that an initial post-mortem examination has not shed any light on cause of death or the identification of the deceased.

The remains will now undergo further forensic tests, but officers warned previously that it will be a lengthy process before any further details are established.

On Saturday, police said they had closed an area around the river to allow their search to continue.

The force said they had shut the footpath between Meadow Gate and Croft Gate, including Croft Road footbridge.

An emergency navigation closure for the River Stour at the Croft Road footbridge had also been put in place, police said.

Both the river and its banks are being searched with the help of divers from the Metropolitan Police’s marine policing unit.

They are now keen to speak to anyone who uses the footpath regularly, and in particular two boys who tried to help the person who made the discovery pull the bags out of the water. 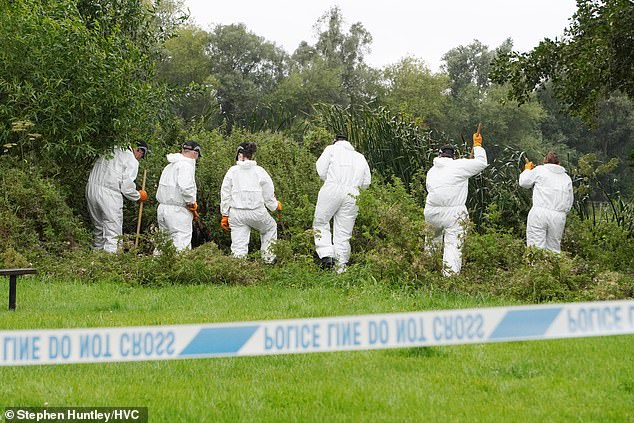 Suffolk Police has also urged a man seen swimming in the area of the river known locally as the ‘Victorian bathing pool’ on August 20 to contact them.

The Croft Road footbridge and footpath between Meadow Gate and Croft Gate remains closed while searches continue, the force said, and police divers are searching the river itself.

Temporary Detective Superintendent Mike Brown of Suffolk Police said: ‘We would still like to speak to anyone who uses the route regularly and to ask anyone who may have dash-cam footage of the area of the Croft to check this, in case there is anything relevant to the investigation. 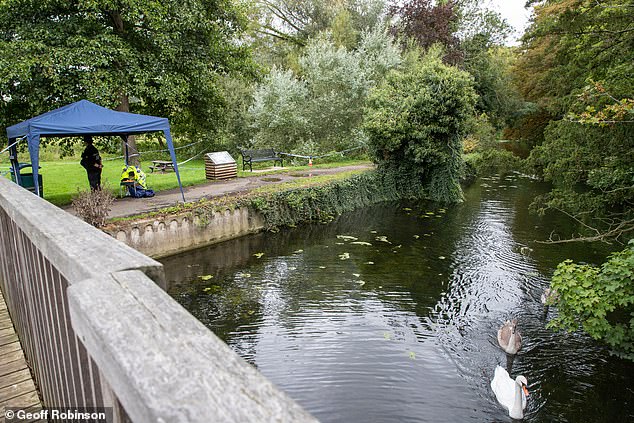 ‘Thank you to those individuals who have already come forward with information and also to the local community for their patience as we continue with our searches.’

Anyone with any information is asked to contact Suffolk Police on 101 quoting reference number 37/49998/20.

Alternatively, they can contact Crimestoppers anonymously on 0800 555 111 or via Suffolk Police’s online portal.