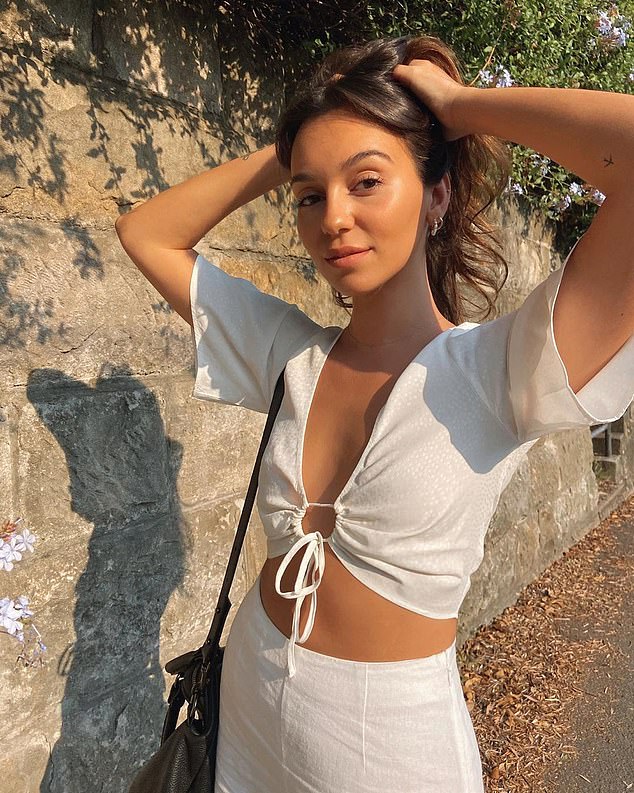 The Bachelor’s Bella Varelis has set the record straight on hurtful rumours she is an ‘aspiring actress’ who once planned to relocate to Los Angeles.

The 25-year-old addressed the speculation on Instagram over the weekend, responding to a fan who’d questioned her motives for appearing on the dating show.

Bella, who works in marketing, made it clear she wasn’t an actress and had never ‘moved to LA’ to further her career.

Truth: Bella Varelis, 25, (pictured) has set the record straight about her rumoured plans to ‘move to Los Angeles’ to become an ‘actress’ in the city on Instagram on Sunday

Without naming names, she went on to claim that people had tried to ‘fabricate’ stories about her in order to feel ‘relevant’ and ‘important’.

‘It’s unfortunate that you and many other people have believed it but I can confirm –  my tears weren’t acting, they were real,’ she added. 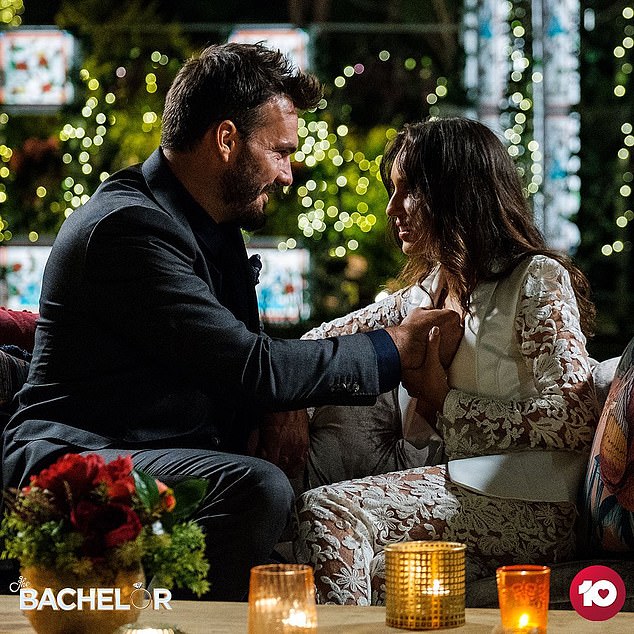 Bella also addressed some of the rumours about her links to former Bachelorette stars, including Samuel Johnston and Dean Unglert.

‘I haven’t “slept around with Bachie boys”,’ she wrote. ‘I dated my ex [Samuel] before he even did the show, some people see a few dots and like to try connect them when they have absolutely no reason to be connected or justified.’

Earlier this month, talent manager Michael Beveridge claimed that Bella had once planned to move to Hollywood to pursue her dreams of stardom.

Speaking on the Friendship Rose podcast with comedian Rose Callaghan, Michael claimed: ‘She said she was moving to Los Angeles. Bella wanted to be an actress, or wants to be an actress.’

He explained that Bella had been signed to an influencer management company that he used to run with his ex-girlfriend. 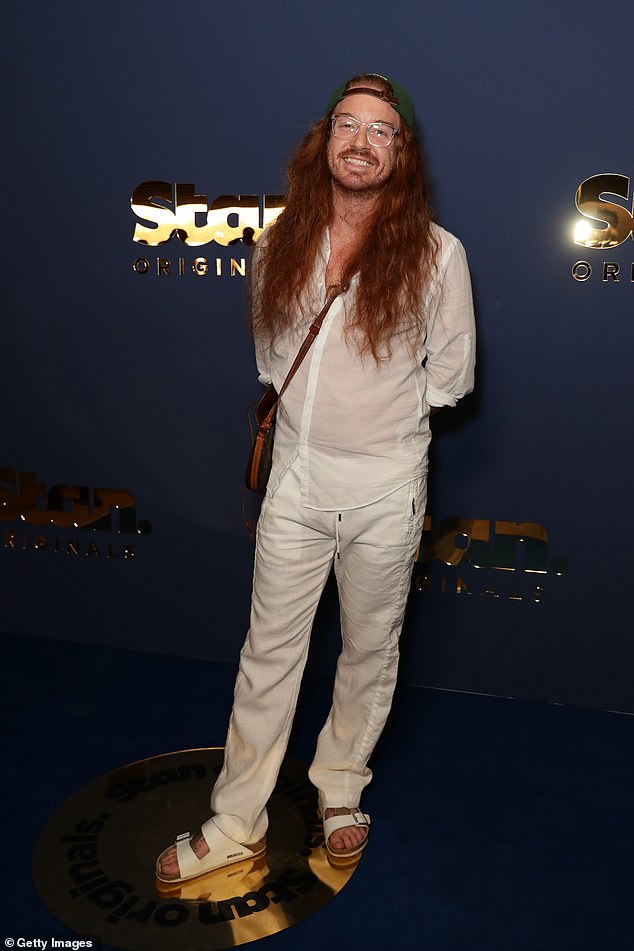 All an act? Speaking on the Friendship Rose podcast, Michael (pictured) said: ‘She said she was moving to Los Angeles. Bella wanted to be an actress, or wants to be an actress’

‘Bella was one of the very first girls that we got,’ he said, adding that he was shocked and skeptical when he saw her in trailers for The Bachelor.

Michael claimed he’d spoken to his ex-girlfriend about Bella’s appearance on the Channel 10 reality show and was given some surprising information.

He claimed his ex had told him Bella was ‘moving to Los Angeles’ to pursue acting and modelling.

When the podcast host asked if Bella had any professional training, Michael replied: ‘When you’re hot, you don’t have to!’

He also alleged that Bella had scrubbed her social media accounts of any reference to her acting career before making her debut on The Bachelor.

Michael went on to say that he secured Bella modelling work when he was managing her career, including a campaign for Koala mattresses. 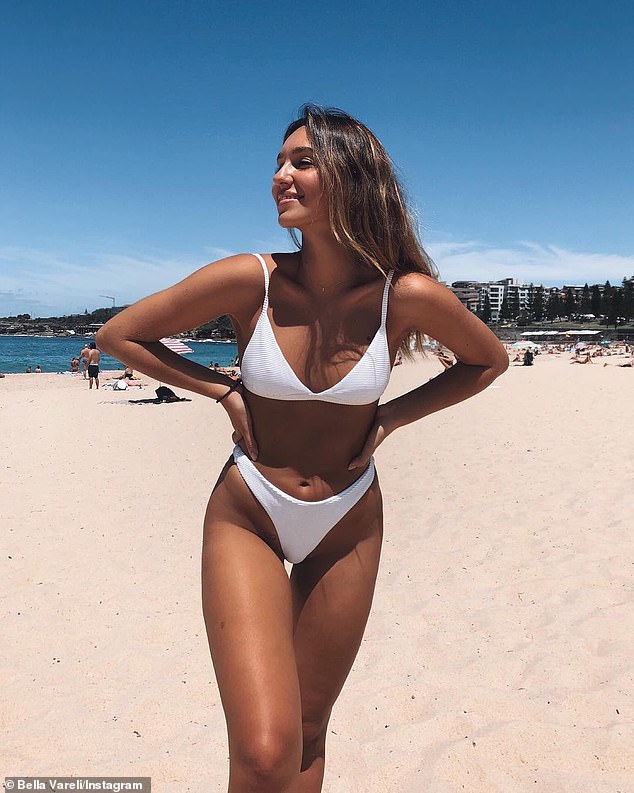 Ouch! When podcast host Rose Callaghan asked if Bella (pictured) had any professional training, Michael replied: ‘When you’re hot, you don’t have to!’

In late 2018, Bella visited Los Angeles and New York on an extended trip, but there is no evidence she ever ‘moved’ to the United States.

In September 2019, Bella said she was represented by Five Twenty Management, but it’s unclear if that is the same agency Michael was referring to. 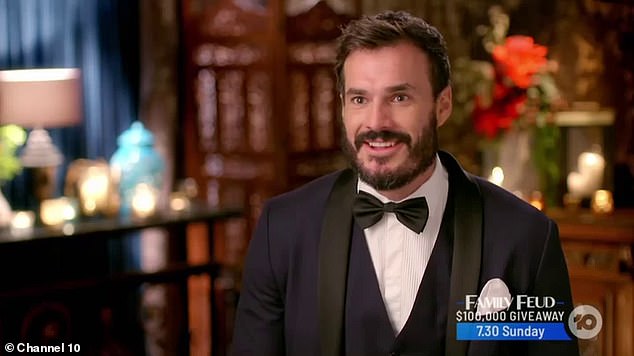 Tune in: The Bachelor airs Wednesday from 7:30pm on Channel 10. Pictured: Locky Gilbert