Girl, 8, needs to find new bone marrow donor after only match in the world dropped out - healthyfrog Skip to content 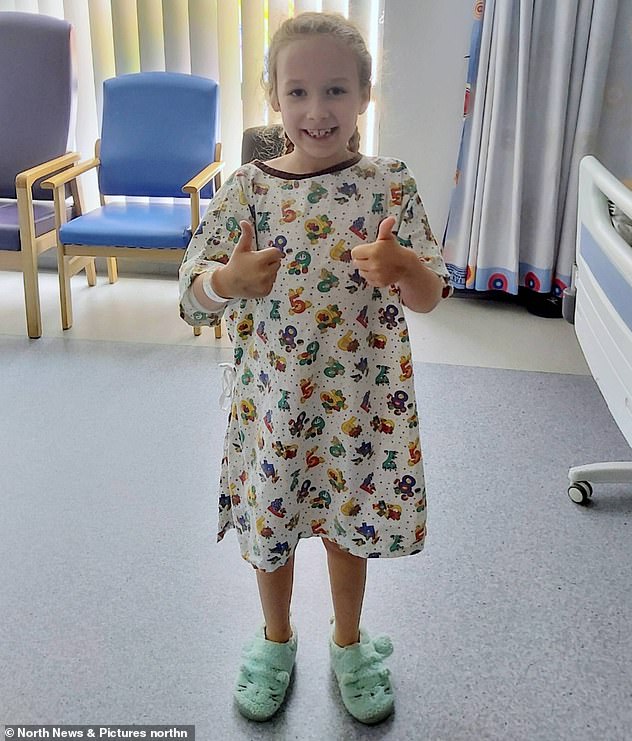 The family of an eight-year-old girl with a life-threatening blood disease are pleading with people to help them find a new donor after the only match in the world dropped out less than a month before before her treatment.

Evie Hodgson, from Whitby, North Yorkshire, has aplastic anaemia – bone marrow failure – and needs a transplant as part of her treatment.

She and her family began to prepare for the operation on September 9 – which included dental work and the removal of one of Evie’s ovaries – but to their horror, on August 14, they were told the donor had pulled out.

Her mother Tina, 37, told The Sun finding out the donor had pulled out was like getting her daughter’s devastating diagnosis all over again. Now doctors fear she is unlikely to find another suitable donor in time.

Evie Hodgson, eight, pictured in hospital, has aplastic anaemia – bone marrow failure – and is looking for a new bone marrow donor after her only match in the world dropped out at the last minute before the transplant went ahead 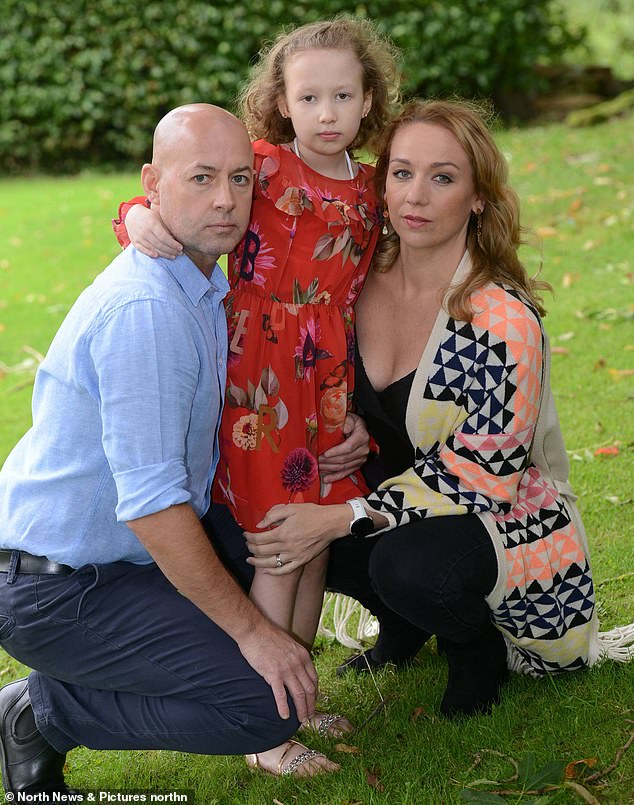 The eight-year-old’s family are now trying to raise awareness of her condition and the bone marrow register in order to find her a new donor and help other families who may be going through a similar situation. Pictured: Evie, eight, with father Andy, 49, and mother Tina, 37 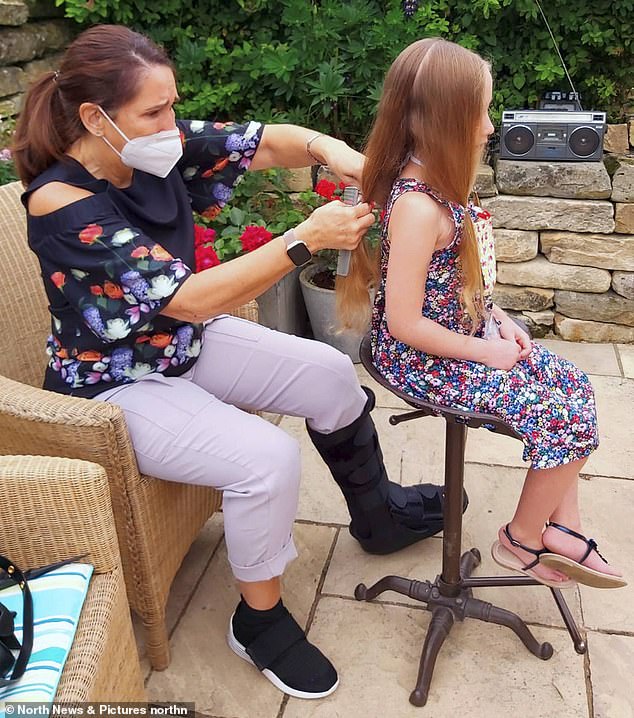 In preparation for her treatment the sweet little girl cut off 12 inches of her long locks and donated them to The Little Princess Trust, after making friends with poorly children who lost all their hair

The family do not know why the donor decided against going ahead with the treatment and doctors are now planning to pursue a different option.

In the meantime her family are doing everything they can to raise awareness of the stem cell donation register to help Evie and others like her.

Finding a transplant from a compatible donor is the best hope Evie has of being cured.

After developing a pin prick rash on her back during lockdown which did not fade, her worried parents feared she may have meningitis. 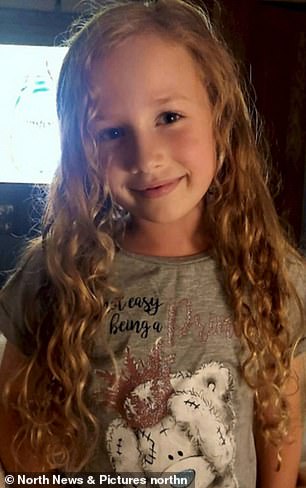 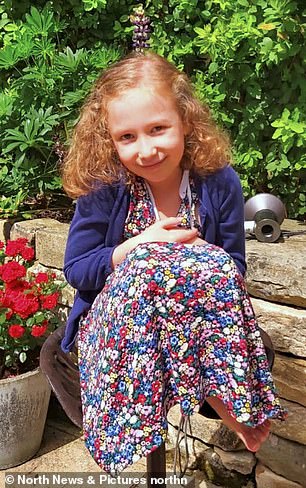 On August 14 the family found out the bone marrow donor they had managed to find for Evie had decided to pull out of the transplant. The family are unable to find out why as the process if confidential 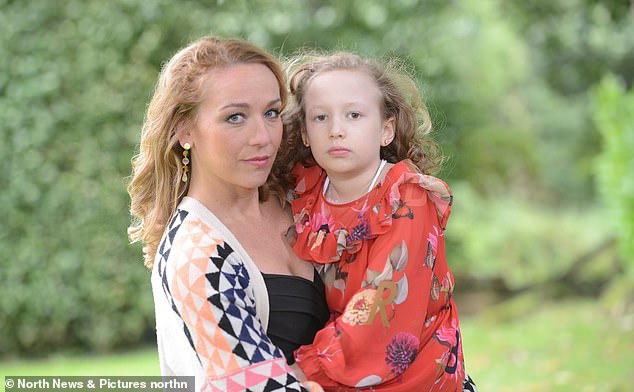 Evie’s mother Tina, 37, pictured, said finding out the donor had pulled out was like getting her daughter’s devastating diagnosis all over again 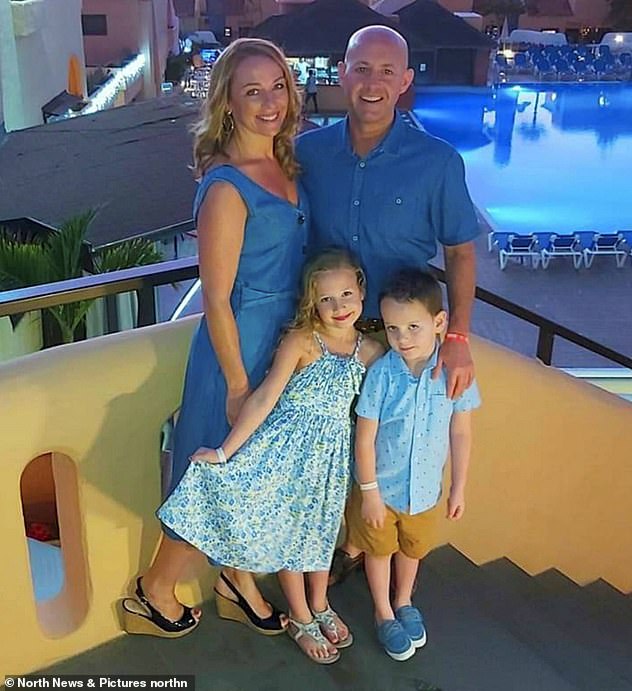 Finding a transplant from a compatible donor is the best hope Evie has of being cured and the treatment she was due to have has a 60 per cent success rate. Pictured: The family, including the couple’s youngest son William, five, on holiday

They called the NHS 111 service which advised them to take the schoolgirl to hospital.

Doctors initially thought she had sepsis and gave her antibiotics before rushing her to James Cook University Hospital.

Tests at the Middlesbrough hospital revealed she had low blood platelet levels, which then led medics to believe she had leukaemia – but a biopsy found no cancerous cells.

Evie’s family first thought something was wrong when she developed a pin prick rash on her back during lockdown which did not fade. Her parents initially worried it could be meningitis 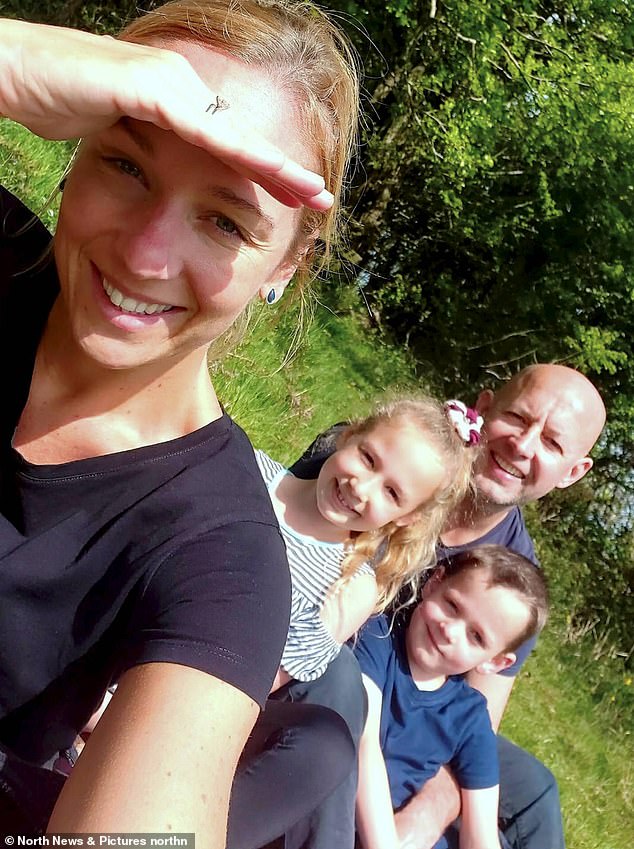 After several tests, doctors revealed she had low blood platelet levels, which then led medics to believe she had leukaemia – but a biopsy found no cancerous cells

In May the family were given the devastating diagnosis that she had a platelet condition known as ITP and she would need a bone marrow transplant.

Neither Tina, dad Andy, 49, or five-year-old brother William, were a match and so an international search started to find a compatible donor.

To the family’s delight a 10/10 match was found, with the anonymous donor agreeing to go ahead. 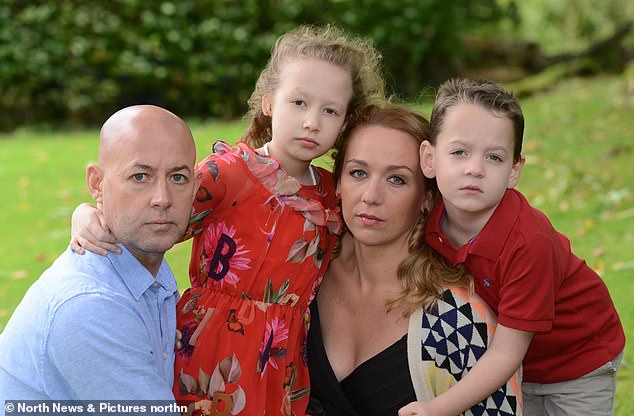 In May the parents were delivered the devastating blow that, despite their daughter not having cancer as previously thought, she instead had a platelet condition known as ITP and needed a bone marrow transplant 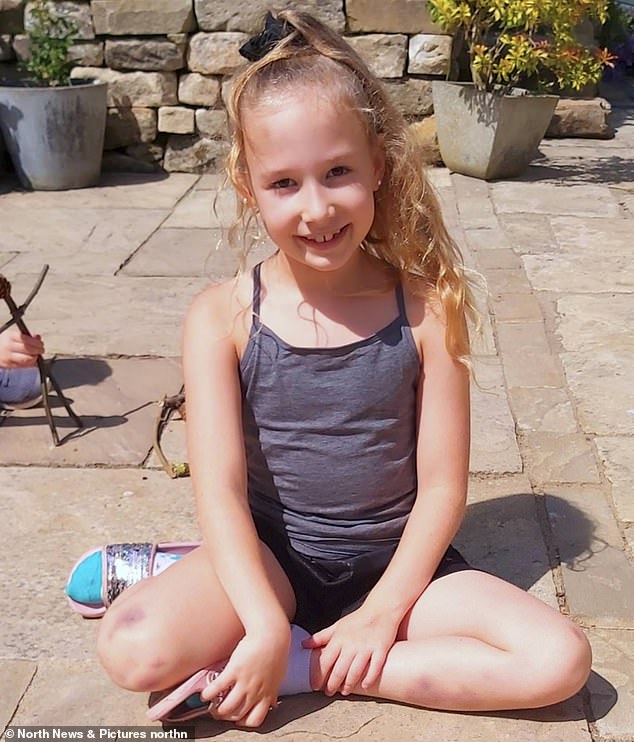 Neither Tina, dad Andy, 49, or five-year-old brother William, were a match and so an international search started to find a compatible donor began 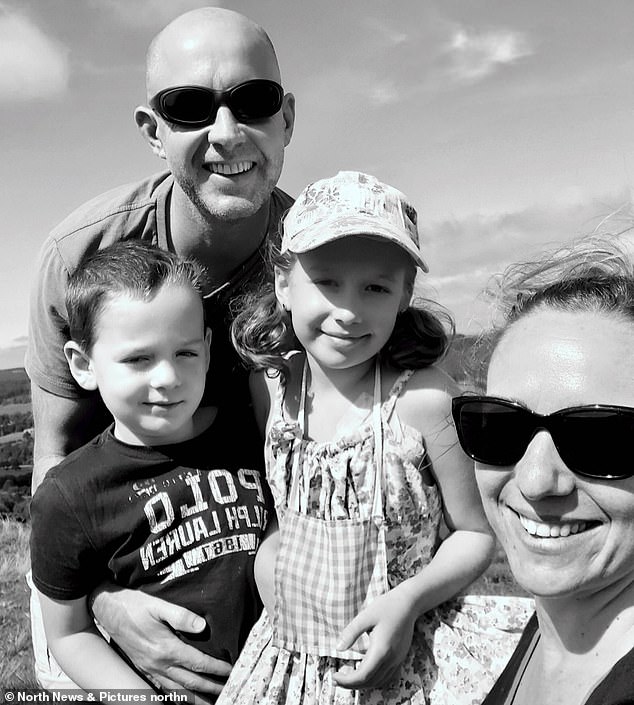 Speaking about the donor pulling out at the last moment, Tina, who works at RAF Flying Dales, said: ‘We were devastated, it was a huge blow.

‘We have no idea why the donor changed their mind. Everything is confidential.

What is aplastic anaemia?

People with aplastic anaemia are unable to produce enough blood cells through their bone marrow and stem cells.

The rare condition, also known as bone marrow failure, can happen suddenly or over a period of time.

With aplastic anaemia, all types of blood cells are reduced.

A common symptom is bruising easily, even without the sufferer hurting themselves.

Children may also have a lack of energy and tire more easily.

They may also seem pale and become out of breath after exercise.

Only 30-40 children are diagnosed with the condition each year, but it can affect people of any age – most commonly children and people over 60.

‘Evie has already been through so much. She thought she had a donor and now she doesn’t.

‘The donor pulling out is quite hard hitting but from our point of view we just want to raise awareness of the stem cell register.’

She added: ‘Our world just crumbled when Evie was diagnosed. Evie knew she would need chemotherapy and asked me if she would lose her hair and I was honest and said probably.

‘She decided to have 12 inches cut off and now has a beautiful bob. She has donated her hair to The Little Princess Trust, after making friends with poorly children who have lost all their hair.’

Evie, a keen singer, is set to undergo an immunosuppressant course of treatment for three months which aims to get her body to generate bone marrow while the search for a donor continues.

Her family have set up a Facebook group to raise awareness and to update people on the progress of Evie’s journey.

Her treatment has a 60 per cent success rate, if she is able to find a suitable donor.

Tina said: ‘It’s so easy to be a donor. It’s just like giving blood, but you could save a child’s life.

‘Some people don’t even know they could be a match.

‘It’s so easy to join the register but only about one per cent of the UK population is registered.’

Tina added: ‘The condition Evie has is life-threatening. She won’t survive without a transplant.

‘That’s why we are desperately appealing for any many people as possible to register as a stem cell donor.’

To help Evie, sign up to the DMKS register here.