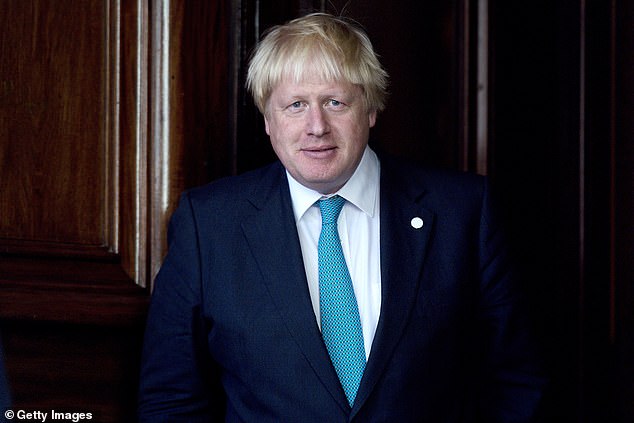 Ministers did not take responsibility for decisions made during the initial response to the coronavirus pandemic, a think tank has claimed.

A report by the Institute for Government said leaders ‘lacked a wider sense of strategy’ at times and relied too heavily on scientific advice.

It concluded that the Government should have been prepared to act in the ‘absence of scientific certainty’ about the disease which, at the time, was shrouded in mystery.

Ministers repeatedly claimed they were being ‘led by the science’ after making tough and controversial decisions from closing schools to advising against face masks.

One which cost thousands of lives was the decision not to test 25,000 hospital patients who were discharged into care homes.

The Government said it did not test them because the ‘scientific advice’ was that asymptomatic transmission was uncommon.

But critics accused the Government of trying to shift blame and abdicate their political duty.

Other questionable moves include the decision not to restrict travel from high-risk countries in Europe in February or test travellers at UK airports.

An immeasurable number of cases were imported to British shores from Spain and Italy – which were the first countries in Europe to be battered by the disease – in that time.

Ministers did not take responsibility for decisions made during the initial response to the coronavirus pandemic, a think tank has claimed (file) 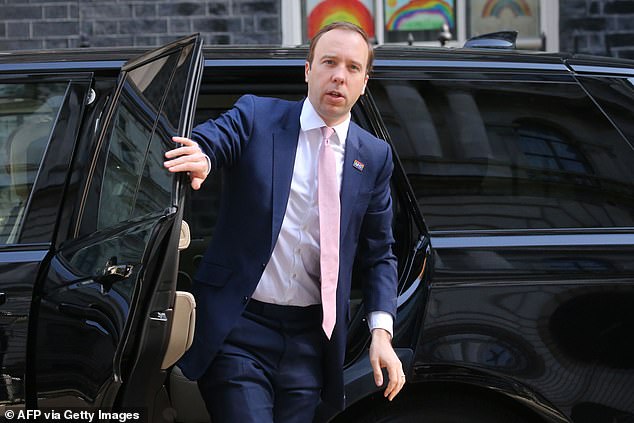 The report said: ‘Ministers made much of “following the science”, but it is not enough to use evidence.

‘Ministers and civil servants also need to understand the limitations of both the evidence base and the forums through which it is channelled, and, difficult as it might be, ministers must be prepared to act in the absence of scientific certainty.

‘Failure to do so now seems likely to have cost a significant number of additional lives, and contributed to the UK suffering the highest excess death rate in Europe over the period to the end of May.’

NHS hospitals discharged 25,000 people into care homes during the peak of Britain’s Covid-19 crisis without testing them for the coronavirus, a report has revealed.

Critics say the move, ordered to free up beds for an anticipated surge in seriously ill virus patients, was ‘extraordinary’ and shows care homes were an ‘afterthought’.

The National Audit Office (NAO) report – the first independent review of preparations for the pandemic – said care homes were overlooked in order to protect the NHS.

It counted the 25,000 patients discharged between March 17 and April 15. The peak of coronavirus deaths in hospitals in England was on April 8.

Boris Johnson said the decision was made based on current scientific advice at the time.

He claimed the extent of asymptomatic transmission was not known in March and April.

The report also said that while school closures and social distancing measures were contemplated in February, some ‘key aspects of making them work – like remote learning arrangements for schools and guidance for police – were not considered until after decisions had been made’.

The IfG also criticised the Government’s ambition to reach 100,000 tests per day by the end of April.

It said ministers had not been well thought through as the diagnostics industry and the NHS were not consulted before the decision was made.

The lfG accused Health Secretary Matt Hancock of making the testing commitment ‘without a strong enough sense of how the Government would use additional capacity’.

However, the report praised the successful rollout of economic support measures.

It said the furlough scheme showed that ministers and officials ‘can find fast ways to consult those who will be affected by a policy or programme and think through how it will be carried out, before making a decision’.

Sarah Nickson, researcher at the IfG, said: ‘Poor decision making is not an inevitable consequence of a crisis. But in a fast-moving situation, there may be little time or opportunity to fix early mistakes.

‘That means that consulting fast and considering implementation at the outset are all the more crucial.’

Alex Thomas, programme director at the body, said: ‘The best decisions are made when the Government knows not just what it wants to do, but why it wants to do it.

‘At times, during its early response to the pandemic, the Government lacked a wider sense of strategy. Greater focus on why it was taking decisions – ultimately to save lives – would have led to better outcomes all round.’

It is the second big report into the Government’s handling of the Covid-19 crisis.

The National Audit Office published its findings in June and was heavily critical of ministers’ handling of the pandemic.

It found that NHS hospitals discharged 25,000 people into care homes during the peak of Britain’s Covid-19 crisis without testing them for the coronavirus.

The NAO said care homes were overlooked in order to protect the NHS.

The NAO’s report also revealed that plans to distribute personal protective equipment (PPE) were hampered because officials ignored warnings in 2019 to stockpile gowns and visors – and didn’t have enough of them when the need arose.

This resulted in less than half of the necessary equipment being available to healthcare workers on the frontlines of the crisis.