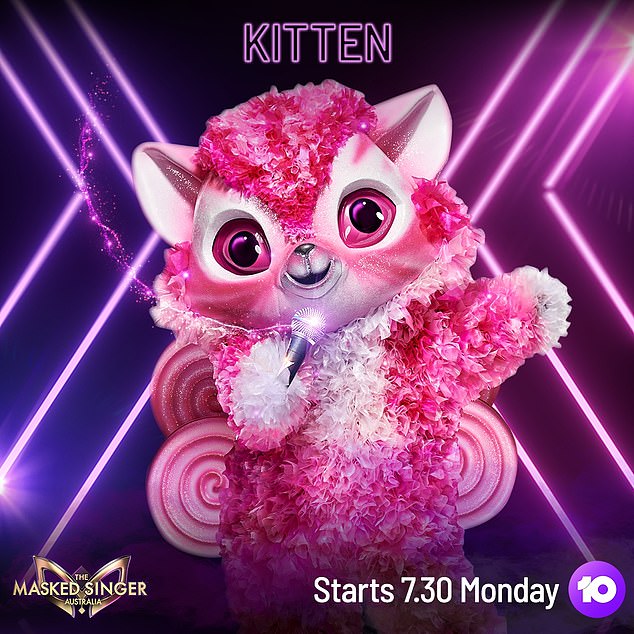 On Tuesday’s episode of The Masked Singer, the celebrity inside the Kitten costume was revealed.

The star inside the furry pink mask was none other than comedian and TV host Julia Morris, 52.

Judge Dave Hughes was delighted as he had guessed right for the very first time in the two series of the show so far.

On Tuesday’s episode of The Masked Singer, the celebrity inside the Kitten costume was revealed 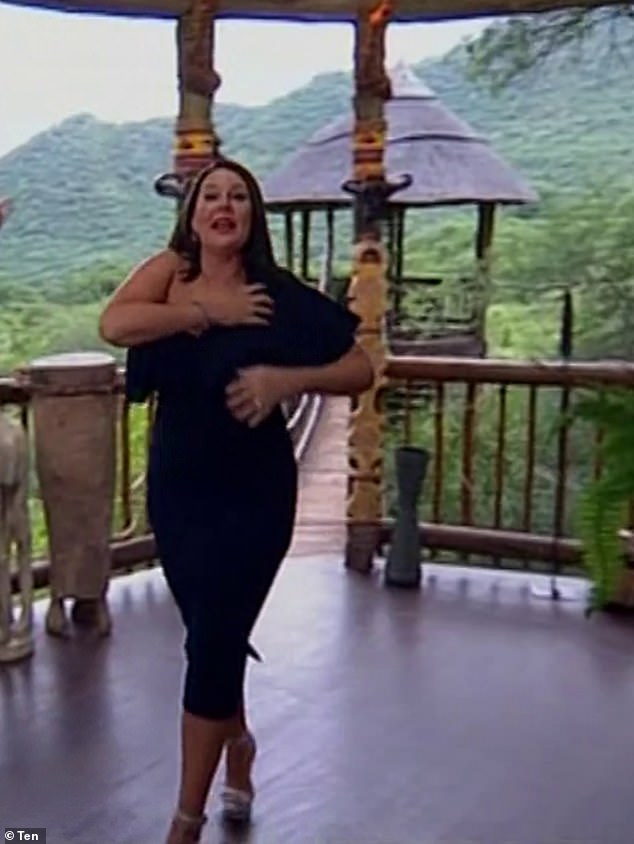 There were doubts from the judges that the I’m A Celebrity… Get Me Out Of Here host was the Kitten as she had recently revealed she had injured her back.

However Julia said she indeed was wearing a brace and had to solider on through the show.

‘I have got my back brace on. I have seen the physio every second day since the show started. I am a proper mess!’ she told host Osher Gunsberg.

The comedian said that she managed to hide that she was on the show from her children.

She joked: ‘Apparently I’m a great liar. The girls don’t know. So nobody knows. Ladies, Mummy’s been out!

‘In the first episode that they saw, they’re like, “Oh, God, Mum, “that cat’s singing that song that you won’t stop singing.”‘

Julia said she loved singing and performing on stage again after so much television work.

‘It’s been so exciting. As a comedian, you don’t want anyone to think you’re taking yourself too seriously.

‘Being behind the mask, I was allowed to have my turn at being a singer, and that was so thrilling and it just filled me up in a great way. I’ve had such a wonderful experience,’ she said.