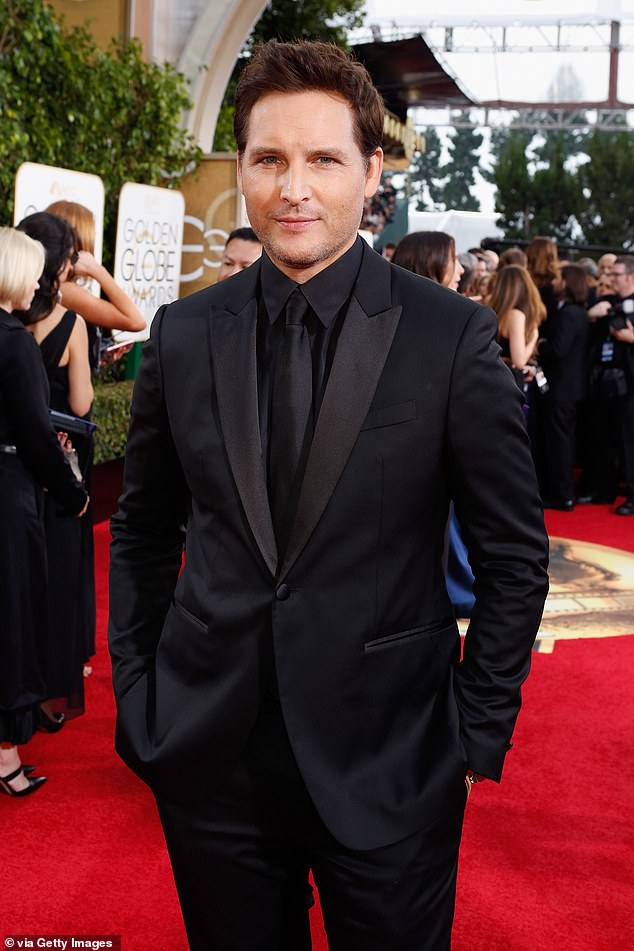 He’s the hunky star of such films as Twilight and Can’t Hardly Wait.

And Peter Facinelli proved he still had it on Tuesday, when he appeared in a sexy new black-and-white selfie on his Instagram in nothing but a pair of black boxer briefs.

The snap showed off Peter’s newly svelte figure, which he told People Magazine was the result of a recent 30lb. weight loss while in quarantine.

‘Everything’s kind of shut down right now and I wanted to focus on myself,’ the actor, 46, told the publication.

‘So I did a lot of meditating, a lot of reading and a lot of growing personally and just wanted to physically see if I could get as physically fit as I could.’

The Nurse Jackie star, who recently wrote, directed and starred in new film The Vanished alongside Anne Heche and Thomas Jane, said he lost weight mainly by getting rid of sugar and fast food in his diet.

Hollywood hunk: Peter Facinelli proved he still had it on Tuesday, when he appeared in a sexy new black-and-white selfie on his Instagram; seen here in 2016

And while he said that he felt ‘sluggish’ before, ‘now I feel leaner, I feel more cut, I feel I have a lot more energy.’

Peter – who shares three children with his ex-wife, Jennie Garth – also decided to display his slimmed-down new figure for a good cause.

In a partnership with The Prostate Cancer Foundation and men’s underwear brand Nic Tailor, Facinelli posted the intimate picture as a challenge to others to do the same in a bid to raise awareness for prostate cancer during the month of September. 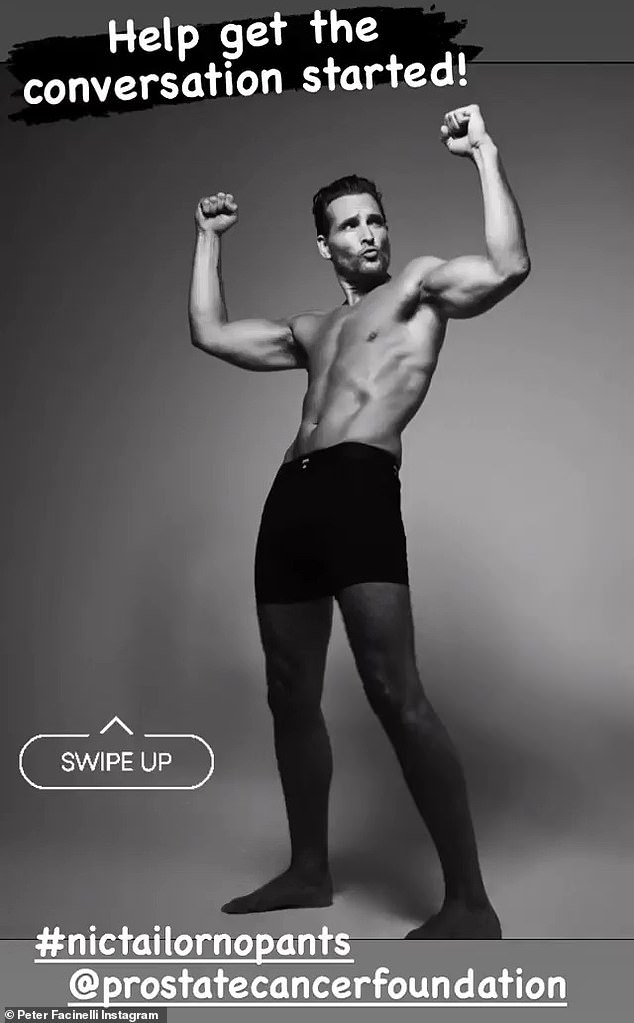 Cut: In a partnership with The Prostate Cancer Foundation and Nic Tailor, Facinelli posted his underwear snap as a challenge to others to do the same to raise awareness for prostate cancer

‘The goal of the campaign is to get men talking about their prostate health, something that doesn’t really come easily to a lot of people, and in this kind of fun way,’ Peter said, making sure to include the hashtag #NicTailorNoPants.

It doesn’t have to be sexy. It could just be you and a work shirt and underwear and you [tag] three of your guy friends.’

‘It’s not a comfortable conversation for men,’ the actor, who is engaged to Lily Anne Harrison, added. ‘It’s a vulnerable thing to go to the doctor and check in on your prostate and have tests done, but it’s important.’ 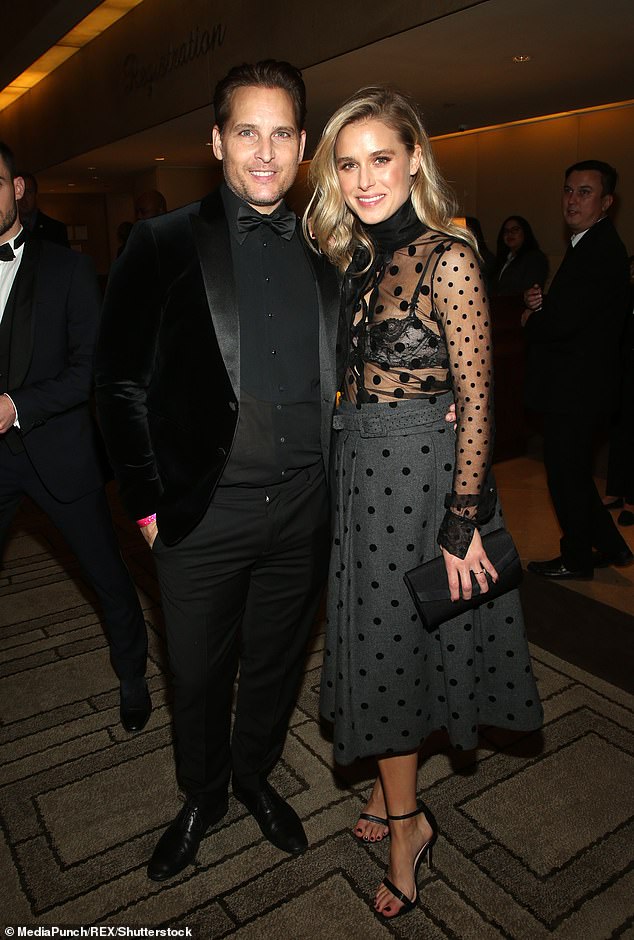 ‘It’s not a comfortable conversation for men,’ the actor, who is engaged to Lily Anne Harrison, said of prostate cancer, later adding that his own father had it and survived; seen in January

And in his Instagram post Tuesday, Peter vulnerably shared that his ‘own father caught it early and survived.’

‘As I’m getting older, I’m starting to think to myself that I need to get yearly checks,’ Facinelli also told People. ‘It’s not something you think about when you’re younger.

‘I’m hoping that this [campaign] sheds a light on it and saves some lives.

And toward the end of his social media post, ‘to get the ball rolling,’ as he said , Facinelli tagged a bunch of friends for the challenge, including Lance Bass, Kellan Lutz, Jerry O’Connell, Mike Tyson and Ryan Seacrest. 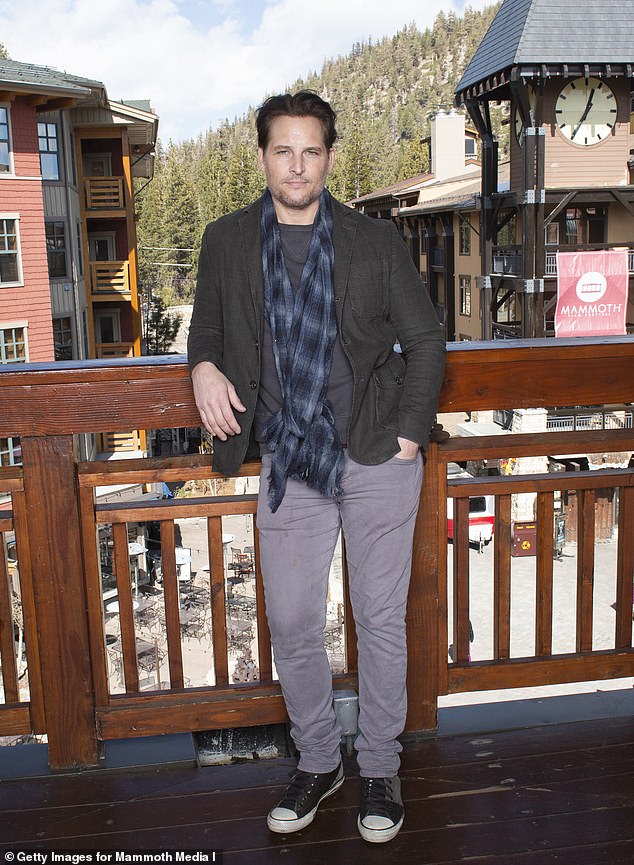 ‘As I’m getting older, I’m starting to think to myself that I need to get yearly checks,’ Facinelli also said; seen here in February