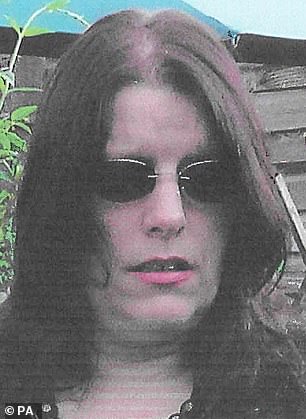 The pilot of a helicopter that crashed killing four people has revealed his ‘world ended’ after the devastating accident.

Martin Miglans described the scene after the Super Puma chopper plunged into the sea as ‘hell on earth’ and his ‘nightmare to this day’.

Mr Miglans, his co-pilot and 12 other passengers survived the crash when the aircraft ditched on its approach to Sumburgh Airport, Shetland, in 2013.

The helicopter was returning from the Borgsten Dolphin platform in the North Sea to Aberdeen, via Shetland for refuelling.

He said he struggled to remember immediately prior to the crash until the ‘horror and shock of seeing the sea’.

Mr Miglans added in the written statement: ‘It has destroyed my head. My world ended with that crash.’

‘The cockpit filling with water catches me everyday.

‘I just remember coming out of the cloud and there being water and that is it. 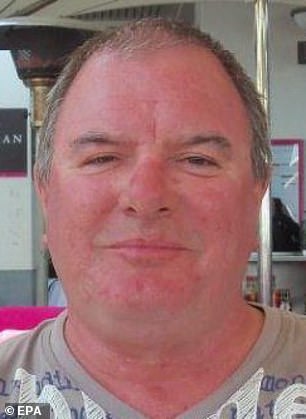 Sarah Darnley, 45, and Gary McCrossan, 59, were among those killed in the crash

He continued: ‘That is my nightmare to this day. I didn’t understand how it could have happened.’

Mr Miglans said he cannot remember check-height alerts prior to the crash, only the ‘horror and shock of seeing the sea’.

The pilot said he sustained a fractured spine, now walks on crutches and will never fly again.

He also wrote that he has been diagnosed with post traumatic stress disorder but does not want treatment or sympathy, and all he has in his life is the crash and the inquiry, which has been ‘hanging over’ him for seven years.

The inquiry was later shown a police video interview of Mr Miglans in an Aberdeen care home in September 2013. 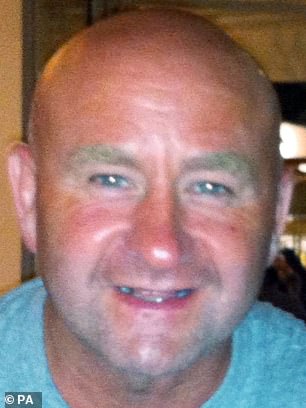 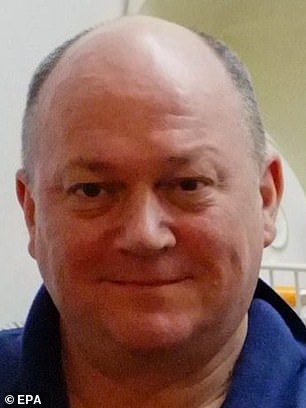 Duncan Munro, 46, and George Allison, 57, perished when the super puma hit the sea

He told detectives he was on morphine for his injuries and became emotional as he recounted what he remembered of the crash.

‘I don’t remember any snags on the controls – I’m in shock now, it has taken over,’ he said.

‘It hits the water. The water comes up over our heads and I feel the aircraft turning left. This all happened, in my memory, it was all fast. We were good and now we’re in the water. We’re turning over. Shock.’

He said his training to get out kicked in, adding: ‘I can’t see – it’s all water in front, submerged, I think, ‘We’re going to die’.’

Mr Miglans said he used his last breath to pull a handle to escape from the helicopter, thinking he was ‘going to drown and realising I’ve not said goodbye to people’. 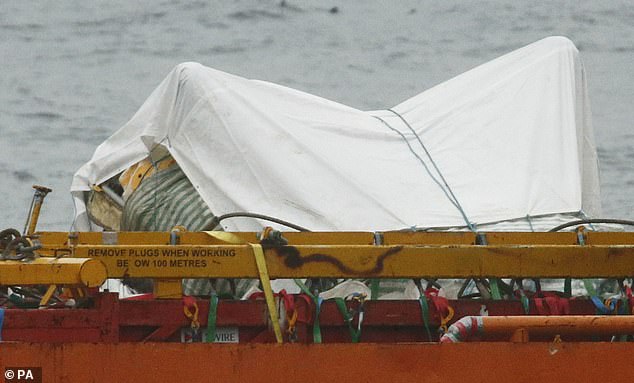 He said he then pushed the handle the opposite way as the helicopter was upside down and reached the surface.

The pilot said the scene was ‘hell on earth’, adding: ‘I’m thinking, ‘The passengers, did they get out? Where is everybody?”

He believes the co-pilot pulled him on to a life raft as he was struggling to move.

Mr Miglands said he held a flare to alert the rescue helicopter and wanted to be last off the raft, adding: ‘I don’t even want to go, I don’t want to be saved.’

After being winched last from the raft he was taken to hospital and later his sister told him he’d ‘saved 14 lives’ so he realised four people had died.

He said: ‘It was an accident. I couldn’t stop it. I don’t know what happened. I’ve done it many times, done it for more than 16 years.

‘I don’t know what happened – all I know is we’ve had a terrible fatal accident and I’ve got to try and live like this.’

He read parts of an AAIB report, published in 2016, which found the pilots failed to properly monitor the flight instruments and failed to notice their airspeed was decreasing until it was too late to avoid the Super Puma plunging into the sea.

A statement of agreed evidence confirmed no mechanical fault was discovered with the helicopter, which was returning from the Borgsten Dolphin support vessel to Sumburgh Airport when it ditched at 6.17pm on August 23, 2013.