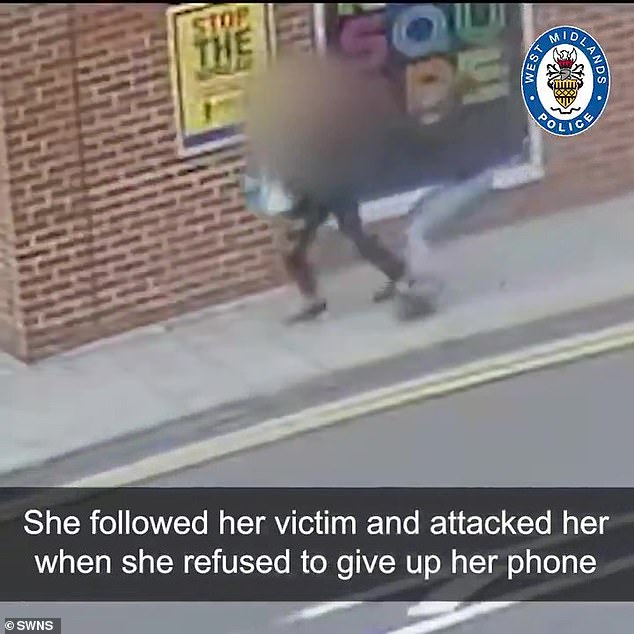 Police are hunting a female thug who was caught on camera battering a woman to the ground during a vicious street robbery for her mobile phone.

CCTV footage shows the yob launching the sickening attack after following her victim from a bus station in West Bromwich, West Mids.

She violently assaulted the woman after she refused to hand over her mobile phone on Cronehills Linkway in the town centre at around 8pm on July 23. 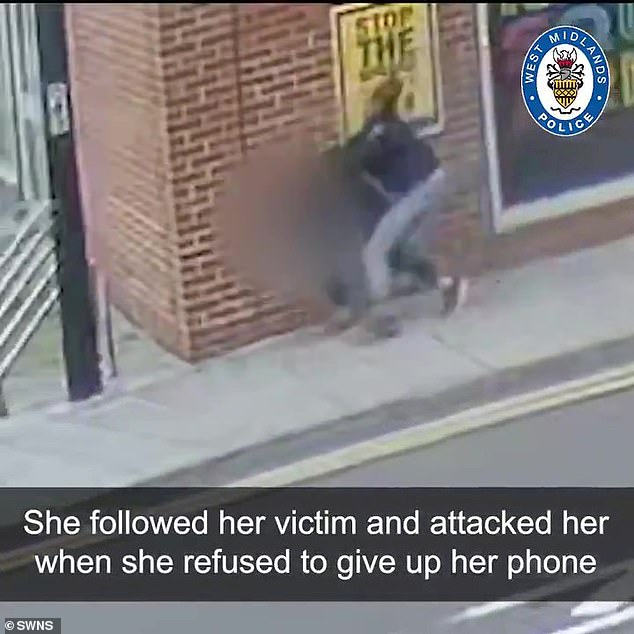 As the victim struggles to stand, the attacker continues to rain down blows in an attempt to steal her phone

The footage shows the female offender wearing a black coat and jeans as she launches her brutal attack.

She grabs hold of her victim and punches her, before throwing her to the ground, trapping her between a wall and a post.

As the victim lies on the floor, the mugger continues to batter her in the head several times. punching the victim in the face before shoving her to the ground as she loses her balance. 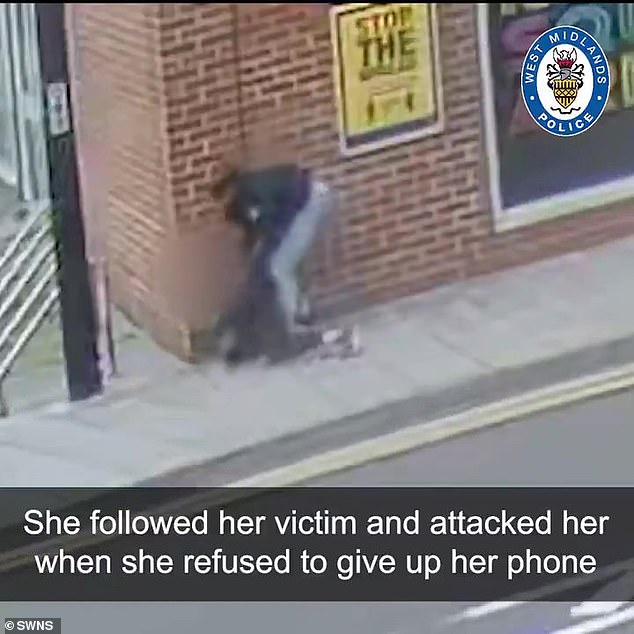 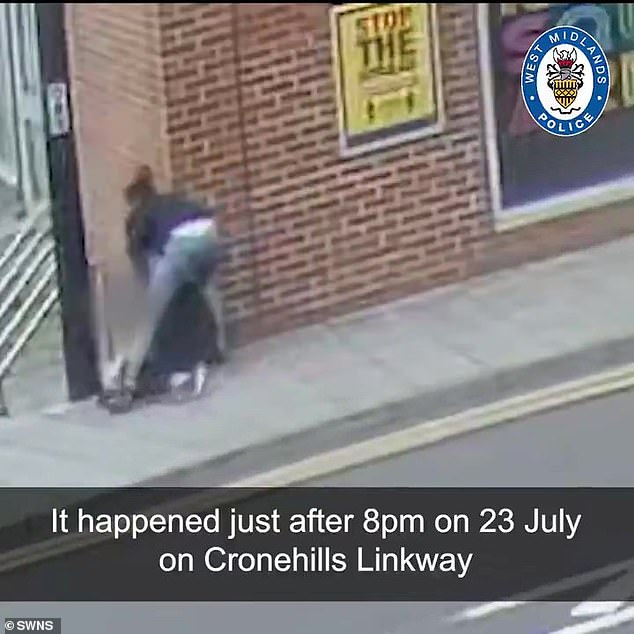 She threw more punches, even after her victim was lying defenceless on the ground on July 23

When she manages to stumble to her feet, the attacker kicks her in the face before running away empty-handed.

West Midlands Police have today (Tue) released the shocking video of the attempted robbery and urged anyone who recgonises the suspect to get in touch.

After the beating, the attacker was seen walking along speaking to a group of people in the town.

A force spokesperson said: ‘We need to speak to this woman after a violent robbery attempt in West Bromwich. 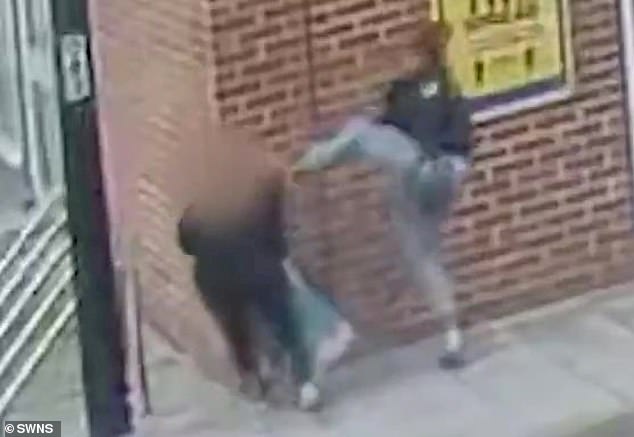 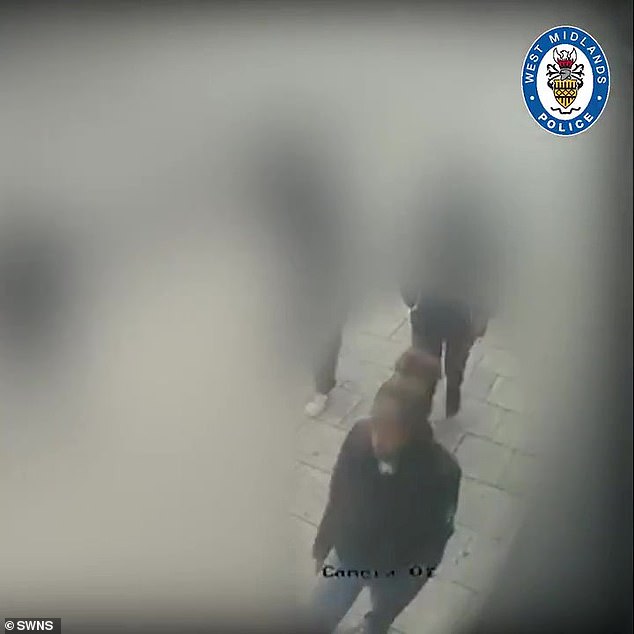 ‘The attacker followed her victim from the bus station before demanding her mobile phone.

‘It happened just after 8pm on July 23 on Cronehills Linkway. Know who she is? Get in touch.’

Anyone with information is asked to call police on 101 or get in touch via Live Chat at http://west-midlands.police.uk, quoting incident number 20SW/173032F/20.