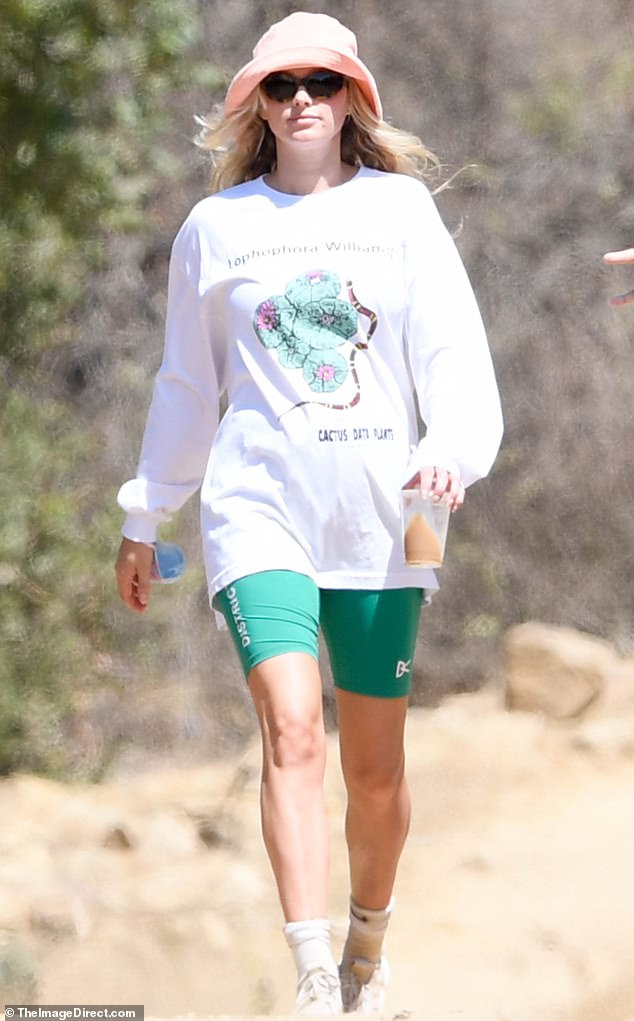 Elsa Hosk has covered a lot of ground during quarantine as she splits time between New York City and Los Angeles.

On Monday, the stunning 31-year-old Victoria’ Secret angel was seen back in Southern California with her boyfriend of five years, Tom Daly, as the two went for a casual hike.

The cover girl’s athletic outfit exuded Nineties cool as she and her eyewear business beau strolled side by side in the LA sun.

Model behavior: Elsa Hosk, 31, and her boyfriend of five years Tom Daly go for a hike in Los Angeles. The in-demand model channeled a sort of 90s athleisure for her outing

Elsa opted for an oversized long sleeve white t-shirt and a pair of green bike shorts, throwing a peach bucket hat on top of her blonde curls to complete the look.

She slipped a pair of designer sunglasses on her face and wore her face mask tied around her wrist as she walked with a coffee in hand, going makeup free for the sporty outing.

Her boyfriend Tom also sported a laid-back look as he wore a pair of black athletic shorts and a distressed grey t-shirt with a pair of black sunglasses and black sneakers. 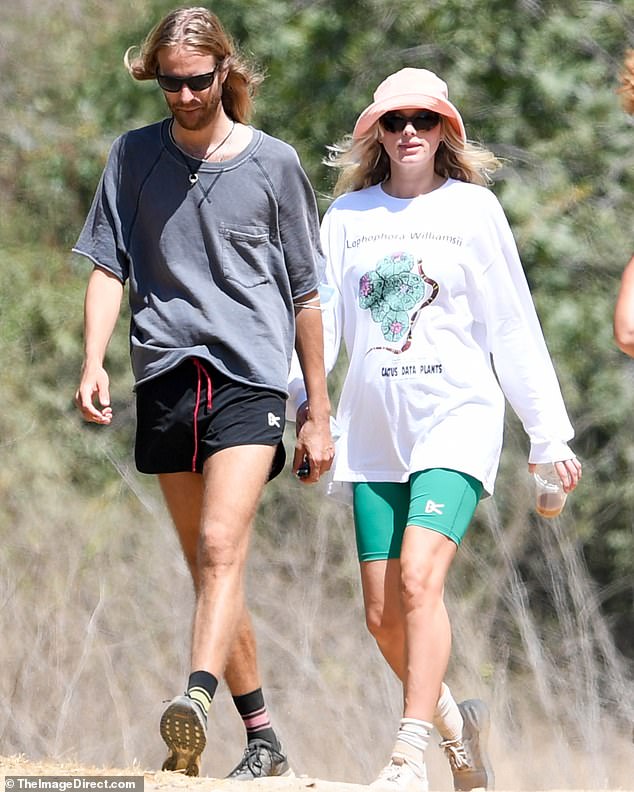 Keeping cool: The stunning couple were seen sporting laidback hiking looks as they strolled casually with coffee in hand while they kept their masks close 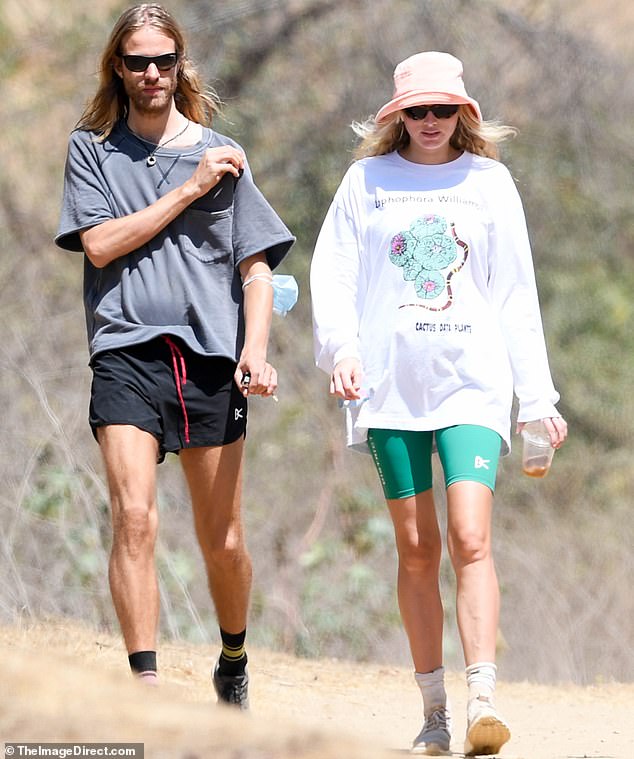 LA lifestyle: Elsa told fans on her Instagram channel that although she lives in New York she’s very excited to be in LA as she hopes to live here one day

The Swedish stunner and her beau seemed content in each other’s presence as they kept to themselves on the popular hiking trail, keeping their masks close every step of the way.

Though the modeling industry has slowly started to rev up again amidst the COVID-19 pandemic, Elsa has continued to do a lot of modeling from home.

Since fleeing NYC to stay in Los Angeles, the top model has spent a lot of time posting snaps from the beach in her downtime, some for work some for pleasure.

Speaking on quarantine, Elsa told fans on her Instagram channel that although she lives in New York she’s very excited to be spending time in LA as she hopes to live here one day. 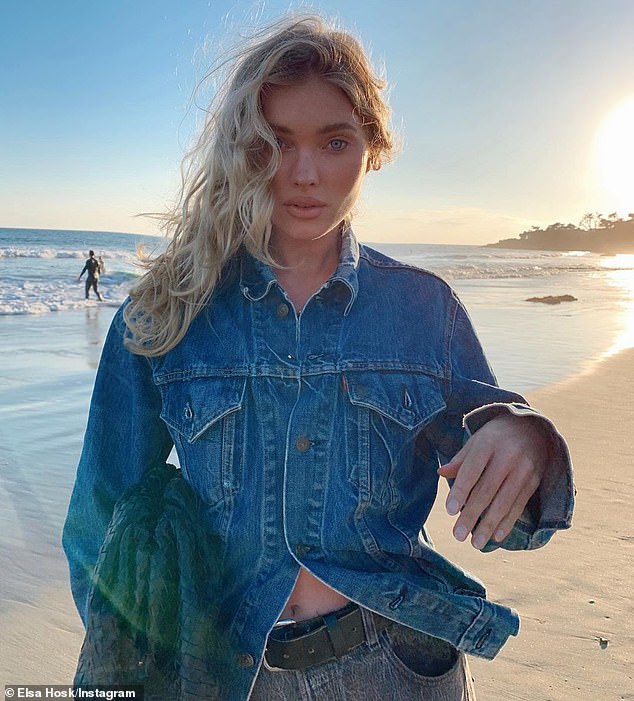 Sunset stroll: The blonde bombshell and her boyfriend have been spending many of their days going for walks on the beach during their time in Los Angeles after temporarily relocating from NYC 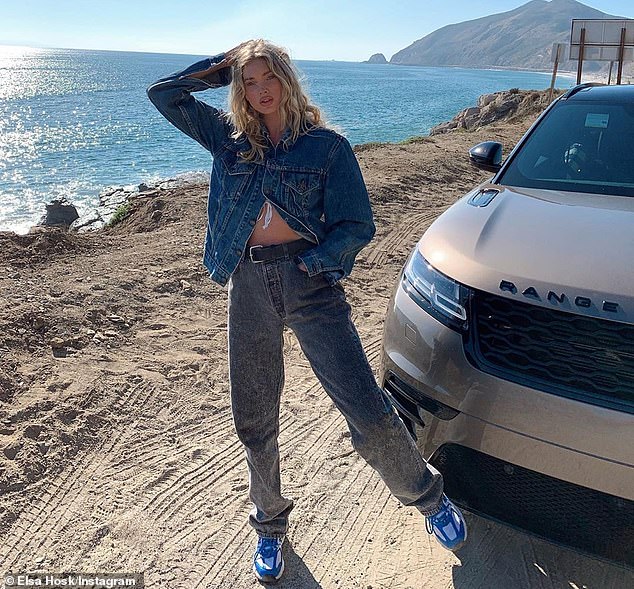 Denim on denim: Though the modeling industry has slowly started to rev up again amidst the COVID-19 pandemic, Elsa has continued to do a lot of modeling from home posting some of her partnerships to social media 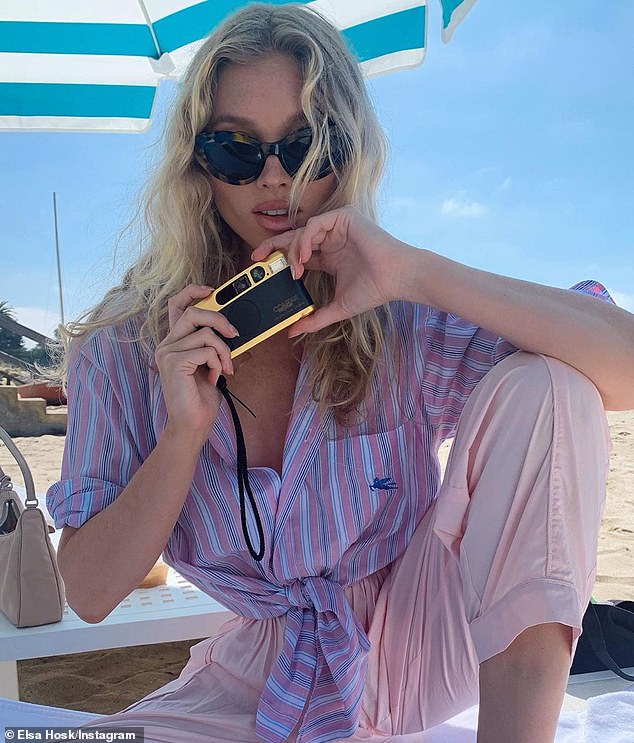 Tickled pink: Elsa who clearly has taken up a love of photography recently poses by the beach in a beachy pink ensemble as she holds her film camera in hand 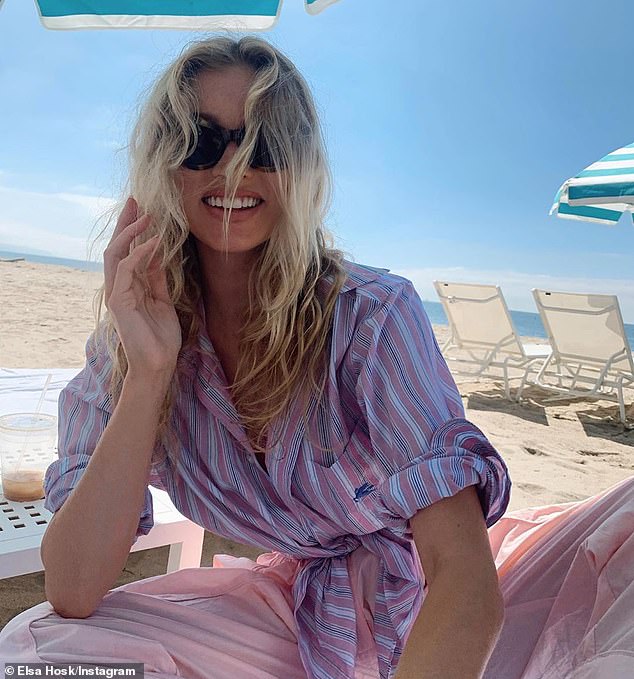 Beach glamour: The swedish stunner exudes beach luxury as she lounges on a beach chair with her blonde beach curls

In her two new informal Instagram series’, ‘Cooking with Elsa’ and ‘Ask Elsa’ the model shows cooking recipes and also answers questions for her 6.2M fans.

Through these channels, Elsa has been open on social media about her approach to eating and how she finds balance when it comes to keeping her top model figure but also indulging in things she likes.

‘I eat pretty healthy but I also eat a lot of s*** like pizza, burgers. I love Shake Shack. It’s like my favorite thing to eat. I love pasta, but I also like salads and I also like really healthy foods,’ the model said. 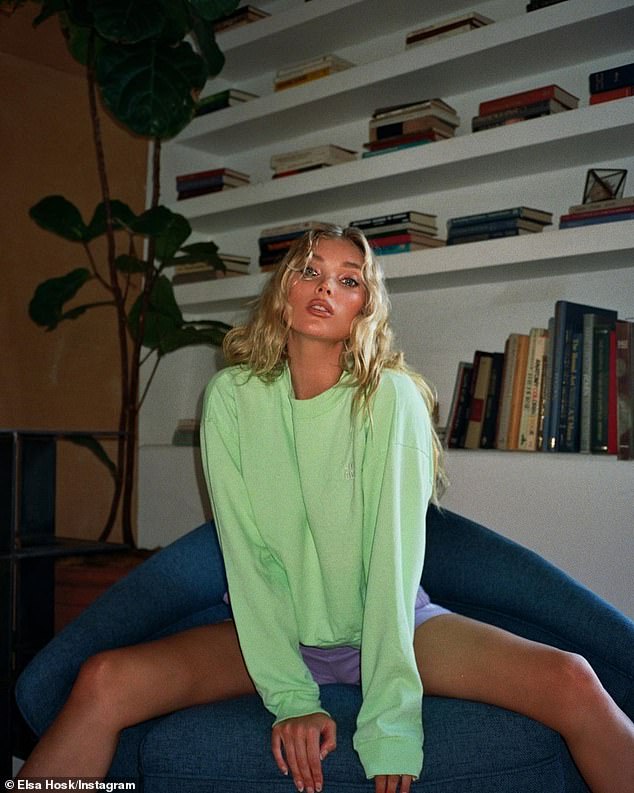 Livin cool: Elsa models from home for photographer and designer Livin Cool. Speaking about her diet to fans on her Instagram the Victoria’s Secret angel reveals she tries to keep a balance of healthy food and eating what she wants