What a scandalous plot twist! - healthyfrog Skip to content 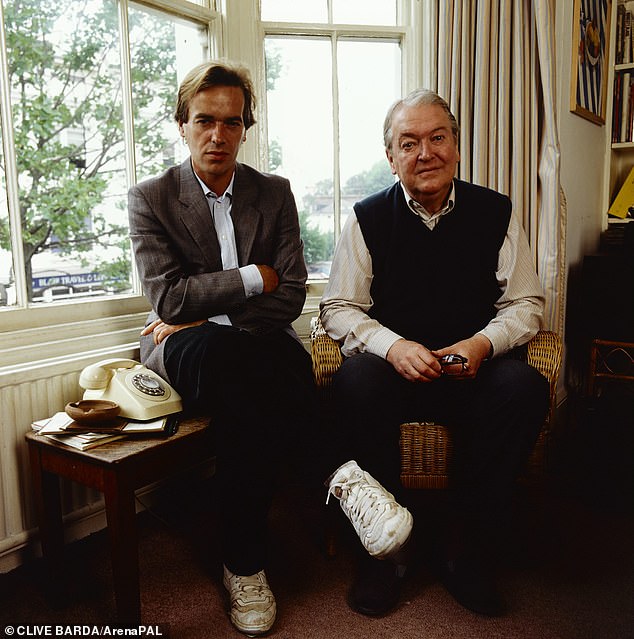 The arrival of a new Martin Amis novel is never a humdrum affair.

Even when this month he is one of almost 600 authors struggling to be heard — and read — in a post-Covid glut of new books, there will always be some teasing revelation to make the writer, a diminutive 5 ft 4 in tall, stand out in a very congested crowd.

Over the years, he has regularly used his own life and the people in it as a backdrop to his storytelling.

But the ballyhoo for Inside Story, to be published on September 24, takes that concept a mischievous step further by raising questions about his own paternity.

In the book, described by its publisher, Jonathan Cape, as an autobiographical novel, one character suggests that the larger-than-life Sir Kingsley Amis may not, after all, have been Martin’s biological father.

Instead, the story suggests, it might be Kingsley’s fellow writer, the poet Philip Larkin.

The two men, who met at Oxford, were great friends. Indeed, Larkin even wrote a poem, Born Yesterday, for Sally, the youngest of Kingsley’s three children, when she was born two days after the publication of Lucky Jim — Kingsley’s first novel, which brought him overnight success in 1954.

Martin’s older brother, Philip, was even named after Larkin. Both Amis senior and Larkin are, of course, dead, as is Martin’s mother Hilary, known as Hilly, who during her marriage was treated appallingly by her serial adulterer of a husband.

How tantalising, then, that the put-upon Hilly might also have broken her matrimonial vows. She died in 2010, Kingsley in 1995 and Larkin in 1985.

Amis junior is now 71 and only two years short of the age at which his father died.

Such landmarks can be a challenge for any son, let alone one burdened by the knowledge that, however great a writer he might be — and Amis doesn’t suffer from modesty about his work — he has yet to record the global success enjoyed by his father.

So has Amis let a very unlikely cat out of the bag or is he, as one reviewer suggested, ‘playing games with the reader’?

For the book presents the intriguing possibility that, instead of the worldly Sir Kingsley — whose restless libido was always said to have been passed on to his second son — Martin is the offspring of the reclusive and stammering Larkin.

In a passage in Inside Story, one of Martin’s girlfriends, the ‘alluringly amoral’ Phoebe Phelps — understood to be a composite of past loves — tells Amis that his father made sexual advances towards her and then said: ‘Do you think I’d be talking to you like this if I were Martin’s father?’

According to the novel, Hilly, Martin’s mother, who ‘admired and respected’ Larkin, once woke up and said she dreamt he had been kissing her, and that the poet had sent her a ‘flirtatious, even salacious’ letter.

Later on, Martin dismisses the notion, noting the similarities in appearance between a youthful photograph of Kingsley and one of his own sons, Louis.

Quite where fact ends and fiction begins in a book described as Amis’s ‘most intimate and epic work to date’ is open to conjecture.

Characters, some well-known, others less so, flit across the page, from Amis’s literary hero Saul Bellow to the writers Iris Murdoch and Elizabeth Jane Howard — for whom Kingsley abandoned his marriage — and his friend the late essayist Christopher Hitchens.

No father-and-son duo in modern literature have enjoyed such colourful lives as Kingsley and Martin Amis. Both left their wives and young children for other women.

Martin was 14 when his father walked out on Hilly, who married twice more — disastrously to Cambridge classics don D.R. Shackleton Bailey, then happily to Alastair Boyd, another writer and the 7th Lord Kilmarnock.

‘It’s appalling. I wouldn’t recommend being deserted like that to anyone,’ Hilly said a few years before her death.

‘Martin was not quite in his teens when the whole horrible thing happened, and it had a huge impact on him.’

The impact was so great that his studies at a Brighton boarding school suffered. He also made a teenage vow that he would never leave his wife when he grew up.

But he did. ‘You would have thought that, having seen what it did to us, it wouldn’t happen to him,’ said Hilly, who met Kingsley in 1946 at Oxford, where she was studying drawing at the Ruskin School of Art.

‘But there you go, that’s Martin.’ Amis was the father of two sons — now aged 35 and 34 — when he walked out on his first wife, the American philosopher Antonia Phillips, for her best friend, American-Uruguayan writer and heiress Isabel Fonseca.

They married in 1996 and have two daughters, now both in their 20s. Martin later expressed guilt about leaving his wife and sons.

In his 2000 memoir, Experience, he described admitting to his father how the episode left him ‘physically terrible, bemused, subnormalised, stupefied and always about to flinch or tremble from the effort of making my face look honest, kind, sane’.

He added: ‘Only to him could I talk about what I was doing to my children. Because he had done it to me.’

But while Kingsley’s second marriage was bad — he and Elizabeth Jane Howard were divorced in 1983 — his son’s domestic switch has been a success and, despite his torment, blessed with contentment.

Kingsley had a reputation for bedding whichever girl happened to be available and then writing jolly letters to Philip Larkin about his experiences. 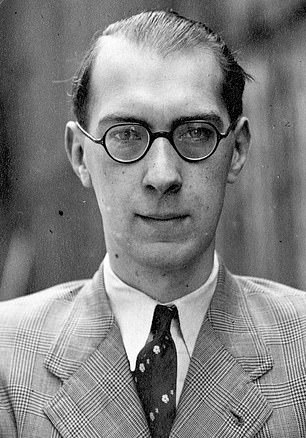 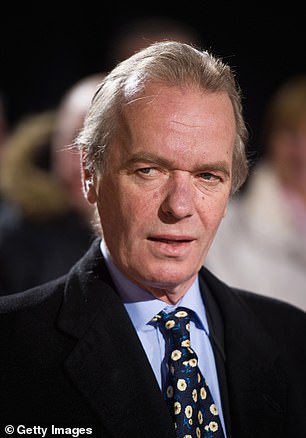 In admiration, Martin described his father as a ‘heroic adulterer’. Was it Amis blood or Larkin blood that coarsed through the young Martin, who also enjoyed his reputation as a lothario?

This was all the more remarkable because, as a teenager, he considered himself ‘short-arsed’ and profoundly unattractive.

Some years ago, that fear of physical inadequacy came back to haunt him when one of his former lovers, journalist Julie Kavanagh, wrote a savagely biting portrait of him in a memoir for a magazine.

She described him as ‘small, very small and sweetly affectionate, even sentimental …’

They met in 1974 when she was profiling ‘London’s newest novelist’, celebrated for his first book, The Rachel Papers.

She was smitten at first and wrote of the novelist’s ‘Jagger lips, moody monobrow and fag between two fingers, exactly fitting the image I’d formed of a coldly alluring Martin Amis.’

The affair ended when she discovered he was seeing her close friend Emma Soames, the journalist granddaughter of Sir Winston Churchill.

The relationship had already been tested when he began an affair with the artist Lamorna Heath, wife of newspaper writer and Middle East expert Patrick Seale, a friend when Amis had been a colleague at The Observer.

Their affair resulted in pregnancy, and Lamorna gave birth to a daughter, Delilah.

Two years later, Lamorna took her own life and Seale, with great dignity, brought up Delilah as his own daughter.

Only when she turned 19 and was about to go up to Oxford did Seale reveal that Amis was her natural father.

In the years since, she has become part of Amis’s family and presented him with a grandson. As a ladies’ man with a reputation to keep up, other women came and went.

There were affairs with the writer Claire Tomalin and the feminist Germaine Greer, while other flames included book reviewer Lorna Sage, Victoria Rothschild, daughter of the third Baron Rothschild, and Tina Brown, editor of Tatler, Vanity Fair and the New Yorker.

For ten years he seemed blissfully happy — until he met the voluptuous Isabel Fonseca, whose beauty had also been admired by Salman Rushdie.

All these women might, then, be part of the ‘alluringly amoral’ Phoebe Phelps, who delivers the paternity bombshell.

So what do the experts make of the assertion about Larkin? ‘It’s fiction.

There is nothing to suggest Martin is not Kingsley’s son,’ says Zachary Leader, professor of English at Roehampton University in South-West London and the author of a well-received biography of Kingsley Amis.

‘His father could be a difficult man, but they had a terrific relationship and were great pals and confidants.’

Amis senior did criticise his son’s writings, notably for ‘breaking the rules’ by putting elements of his own life into his novels.

Does any of that worry Martin Amis? Probably not. What just might is whether this book will do what his others have so far failed to do and deliver the kind of worldwide success his father enjoyed, not at 71 but at 32.