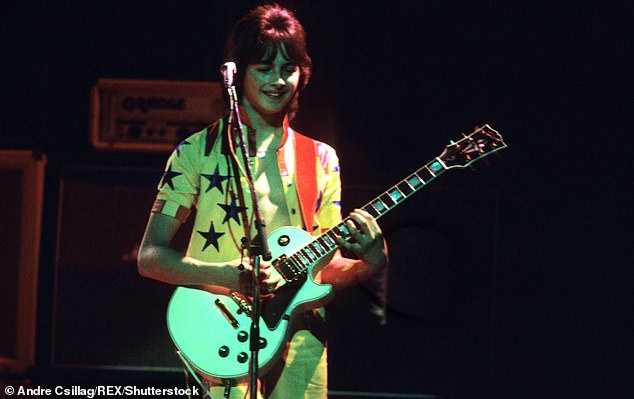 Former Bay City Rollers band member Ian Mitchell, who famously earned a mention in hit American sitcom Friends, despite his short spell with the group, has died at the age of 62.

However the star made a lasting impact with the band, with whom he recorded the hit cover ‘I Only Want to be With You’.

It said: ‘We are deeply saddened by the news of Ian Mitchell’s death. Our thoughts and prayers are with his wife Wendy, their family and friends. Rest In Peace, Ian.’ 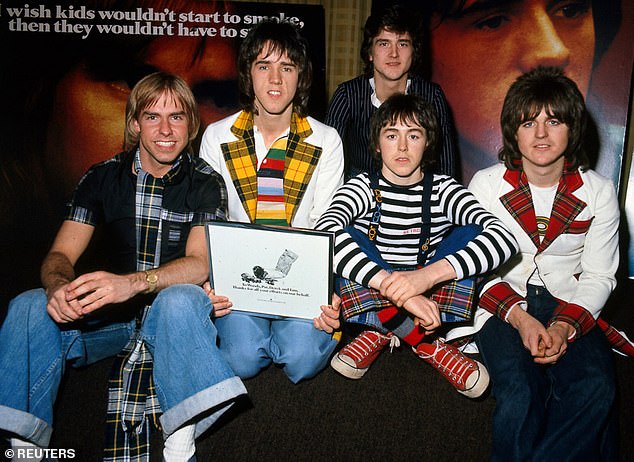 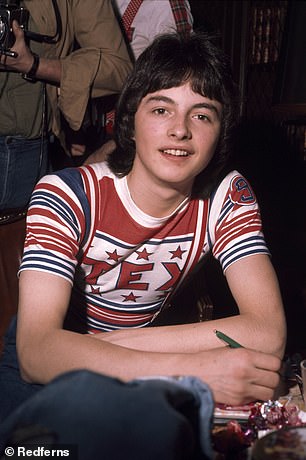 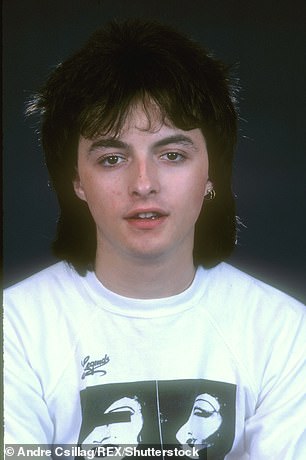 He made a lasting impact with the Bay City Rollers, having recorded famous cover ‘I Only Want to be With You during his short spell with the band 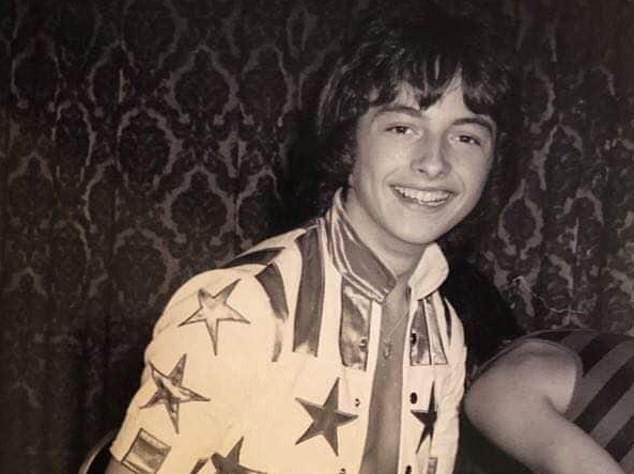 Ian, from Northern Ireland, was the first person to join the band from outside of their hometown of Edinburgh.

While with the Bay City Rollers Ian recorded one album, Dedication, in 1976, and had a hit cover of the Dusty Springfield song ‘I Only Want to be With You.’

The track reached number 12 on the US charts.

He also earned a mention in Friends in a 2001 episode when Monica and Chandler get engaged.

In it, Monica, played by Courteney Cox, says: ‘I want a string quartet for the processional, a jazz trio for cocktails and The Bay City Rollers for dancing.’

Chandler, played by Matthew Perry, then responds: ‘You couldn’t get The Rollers anyway as Ian doesn’t play any more.’

He left in late 1976 as the band’s popularity began to dwindle and was replaced by guitarist Pat McGlynn.

Mitchell later blamed infighting in the band for his decision to leave. He said: ‘I had to get out before I put my head in the gas oven.’

The star went on to form the band Rosetta Stone, but he later quit in 1979, before launching the Ian Mitchell Band in May 1979.

He was involved in reunions for both the Bay City Rollers and Rosetta Stone in his later years.

Today, fans have paid tribute to the singer on social media. 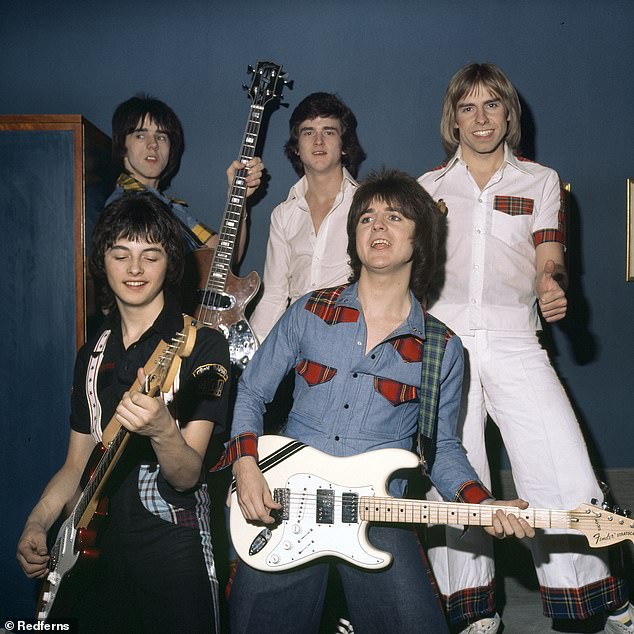 Ian, from Northern Ireland, was the first person to join the band, dubbed as ‘tartan teen sensations’, from outside of their hometown of Edinburgh 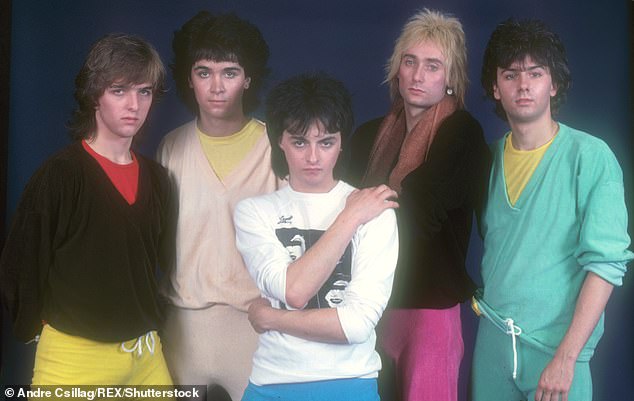 The star went on to form the band Rosetta Stone, but he later quit in 1979, before launching the Ian Mitchell Band (pictured) in May 1979 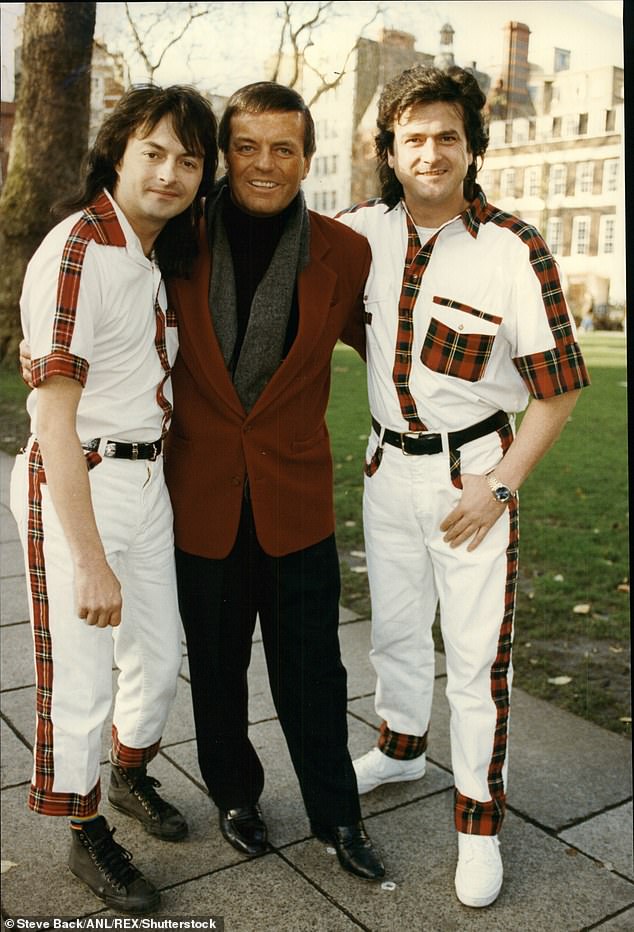 One wrote: ‘My deepest condolences. I met Ian at Foxwoods casino in Connecticut he was doing a concert with Leif Garrett, I met his wife too.

‘Both of them were very nice and sweet. Praying.’

Another said: ‘I am so sorry to hear of Ian’s passing. I’ve loved this band since I was just 4 years old, and I remember how thrilled I was to watch them on tv and to dance to their music.

‘It’s one of my earliest memories Thank you for the music. RIP.’

Mitchell had been married to wife Wendy-Ann Antanaitis for almost thirty years.

According to a 2016 article by The Sun, had been living in the United States, having carved out a life in California as a computer programmer and motivational speaker.

On his name drop in Friends, he told the paper: ‘I fell off my chair when I saw that.’