Melbourne’s strict coronavirus lockdown could be extended by another two weeks, according to bombshell leaked documents.

A top secret draft for the city’s exit road map has revealed the government’s plan to extend the 8pm-5am curfew and keep restrictions on businesses for an additional two weeks.

But the Victorian government has claimed the leaked map is ‘out of date’, with premier Daniel Andrews still refusing to give guidance to families and workers.

According to the road map, residents will be given the luxury of two hours of exercise a day, which can be split into two sessions, from September 14 – the official date Stage Four comes to an end.

Single people and single parents would also be given the right to have a nominated visitor at their home. 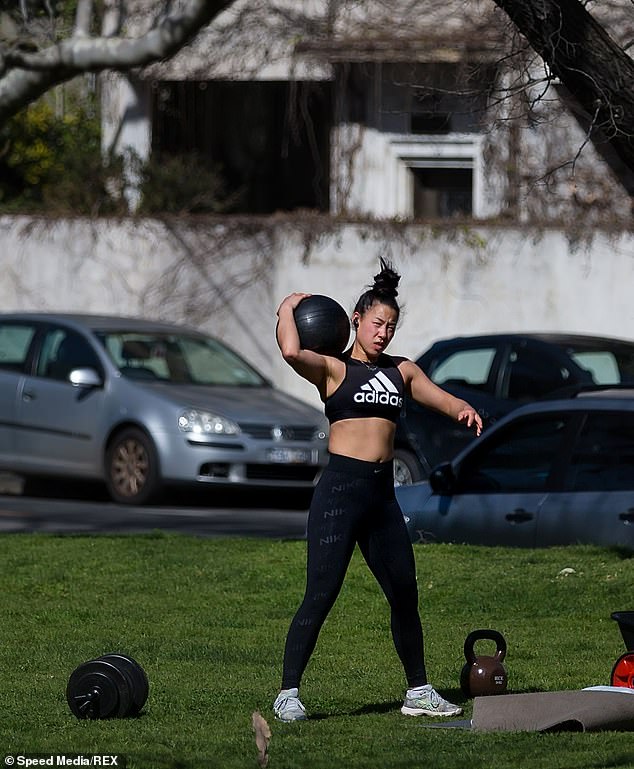 According to the report, which was obtained by the Herald Sun, there are bigger changes coming from September 28, which includes the curfew being lifted and increased social gatherings.

But the Victorian Chamber of Commerce has denied there is a plan to extend Stage Four lockdown by two weeks – claiming it is out of date.

From September 28, to five people, including children, from up to two households will be allowed to meet outdoors for social interaction, the report stated.

Permits will no longer be required for childcare and in-home childminding, according to the document.

Outdoor personal training would be allowed for up to two people per trainer and outdoor pools will open for exercise for up to 20 people at a time.

The documents claim that to move to Stage Two, the state must record a daily average of fewer than five new cases over a two week period.

It must also record fewer than three cases from an unknown source durign that time. 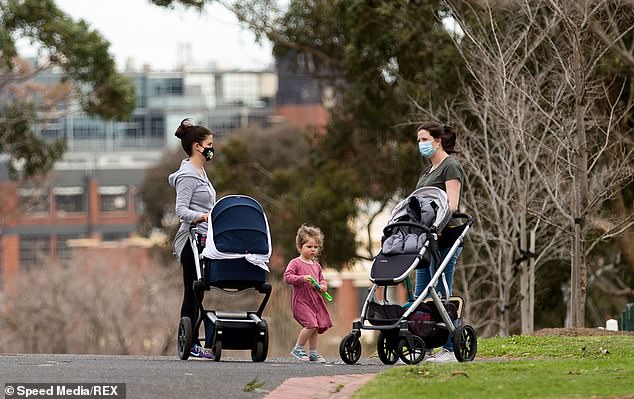 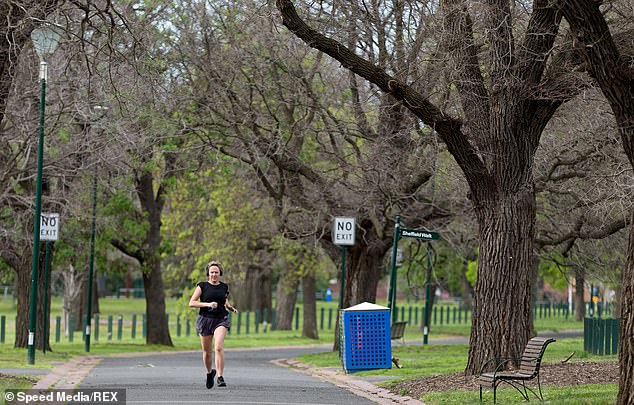 Residents will be given the luxury of two hours of exercise a day, which can be split into two sessions (pictured, a runner in Yarra Park on Tuesday)

Premier Daniel Andrews is preparing to announce the government’s plan for a pathway out of the current lockdown on Sunday, when he releases separate roadmaps for Melbourne and regional Victoria which are under stage four and stage three restrictions, respectively.

He’s also expected to include detail on what will happen to the retail and hospitality sectors in Melbourne, which have been shut down for weeks.

Federal Treasurer and Victorian MP Josh Frydenberg on Thursday played down the contents of the leaked document.

‘I will wait for the final plan from the premier on Sunday,’ he said. 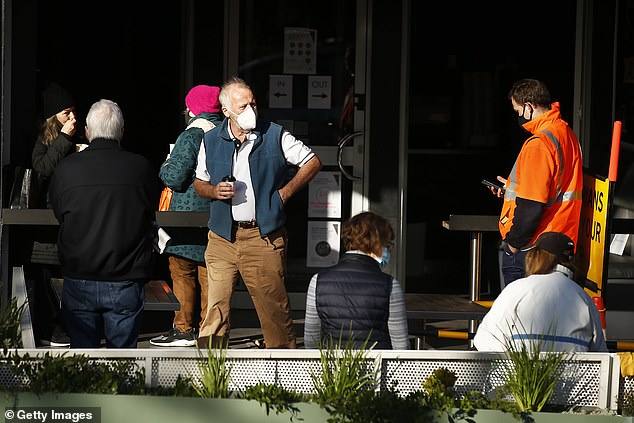 According to the draft plan, restrictions on businesses will remain in place for an additional two weeks 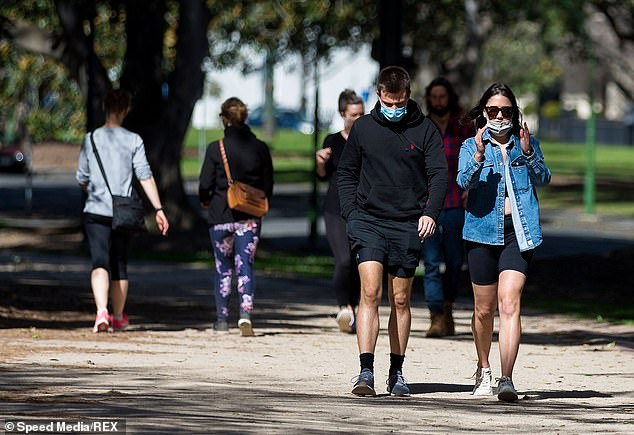 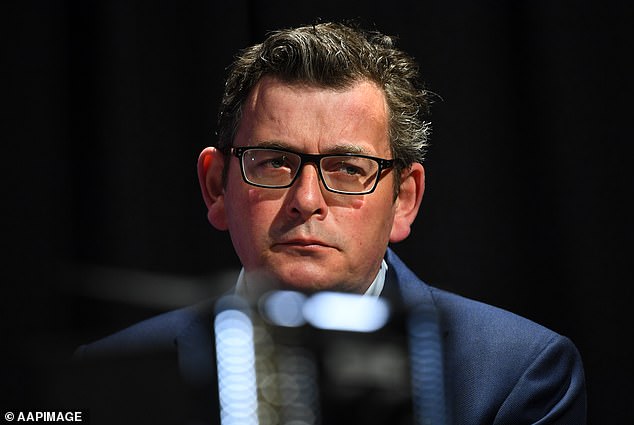 On Wednesday, Victoria’s Chief Health Officer Brett Sutton warned the need for mandatory mask-wearing could remain in Melbourne and regional Victoria beyond the scheduled end of the current lockdown on September 13.

‘I think we’ll see masks for the next month in one form or another,’ he said. ‘It may not be all settings at all times.’

ACCORDING TO THE REPORT, KEY MELBOURNE CHANGES FROM 11.59pm SEPTEMBER 13 WILL BE:

· Two people or a household can meet outdoors for social interaction

· Exercise and social interaction allowed for up to two hours per day. This can be split into up to two sessions.

The draft document obtained by the Herald Sun did not mention masks.

‘It’ll be a consideration to continue (curfew),’ he said.

Victoria’s lower house will rubber-stamp a six-month extension to state of emergency powers on Thursday after the bill narrowly passed through the upper house in a marathon sitting.

The state government also got the green light to extended a state of disaster, bringing it into line with the state of emergency.

The disaster declaration allows the government to enforce the nightly curfew and a ban on residents travelling more than five kilometres from their homes.

Mr Andrews warned people not to read too much into the extension.

‘That doesn’t necessarily mean that either the state of emergency or the state of disaster will automatically come off on the 13th,’ he said.

Victoria’s death toll from the virus is 576 and the national figure is 663.

ACCORDING TO THE REPORT, KEY MELBOURNE CHANGES FROM 11.59pm SEPTEMBER 27 WILL BE:

· Up to five people, including children, from a maximum of two households can meet outdoors for social interaction

· Phased return of primary and secondary students to school

· Outdoor personal training allowed with up to two people per trainer

· Outdoor pools open for exercise — up to 20 per pool, up to two people per group although subject to density quotients