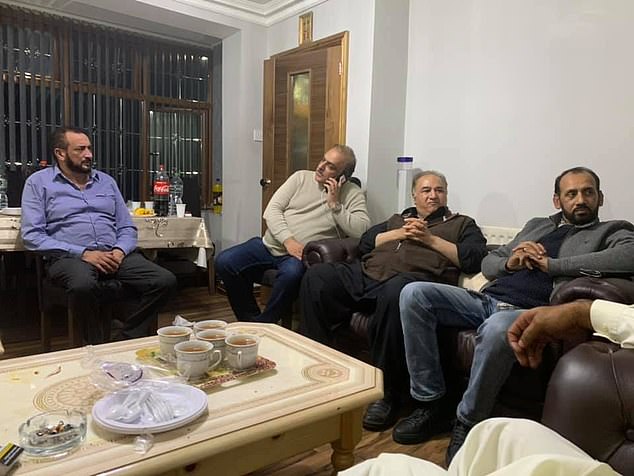 A councillor who co-chaired a taskforce which looked into black, Asian and minority ethnic coronavirus deaths is being investigated over a claim he flouted social distancing guidelines.

Sandwell Council confirmed that it was examining a complaint made against councillor and BAME task force member Mohammed Yaseen Hussain.

It came after images emerged online showing a gathering of a number of men – allegedly including the councillor – sitting close to each other at what appeared to be a private home. 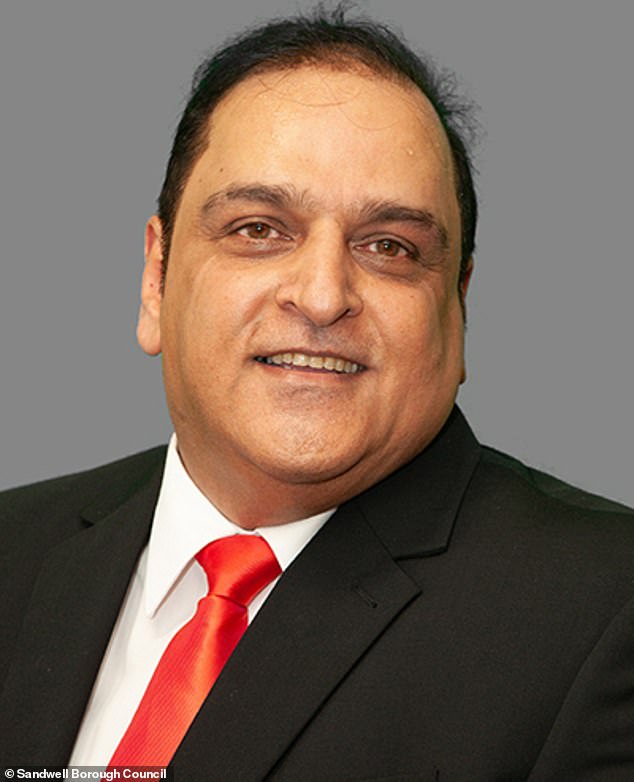 Councillor Hussain, pictured, was made co-chair of a task force set up to look at how the coronavirus pandemic was impacting those from BAME communities in the West Midlands

The images were dated July 7 – a week before it was announced the councillor would co-chair the task force.

The complaint says: ‘He was pictured (with) several men, indoors with a complete disregard to social distancing, no regard in using PPE and limiting the number of people he came into contact with indoors.’

The task force was set up by Birmingham MP Liam Byrne to hear first-hand accounts of how the coronavirus pandemic affected BAME communities in the West Midlands.

Office for National Statistics data showed the mortality rate for black men and women was more than four times higher than other groups.

Those of Bangladeshi and Pakistani, Indian, and mixed ethnicities also faced a ‘significantly’ higher risk of dying with the illness than white people, the ONS found.

The task force, which heard testimony from those who lost relatives in the pandemic, has since presented a 42-page report with 35 recommendations for ministers, MPs, local government and the NHS.

It said the higher rate of coronavirus deaths constituted an ‘urgent medical emergency’.

Of the allegation against Coun Hussain, a Sandwell Council spokesman said: ‘The complaint will be investigated in line with our formal complaints procedure.’

He has never responded to the Birmingham Mail’s repeated requests for a comment about the investigation. 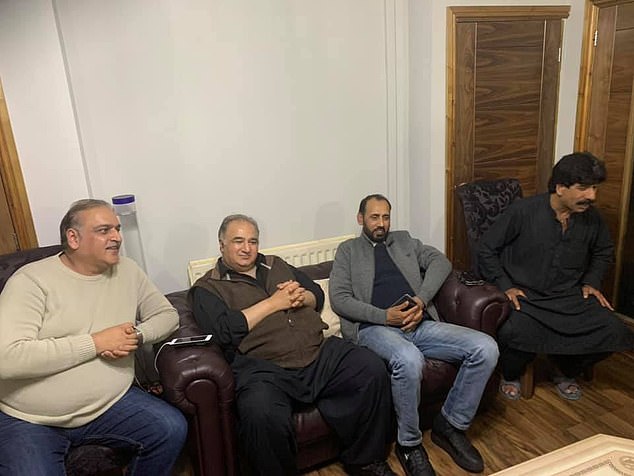 The photos were shared on Facebook on July 7, one week before Mohammed Yaseen Hussain  (left) was made co-chair of a taskforce looking into covid deaths in the BAME community 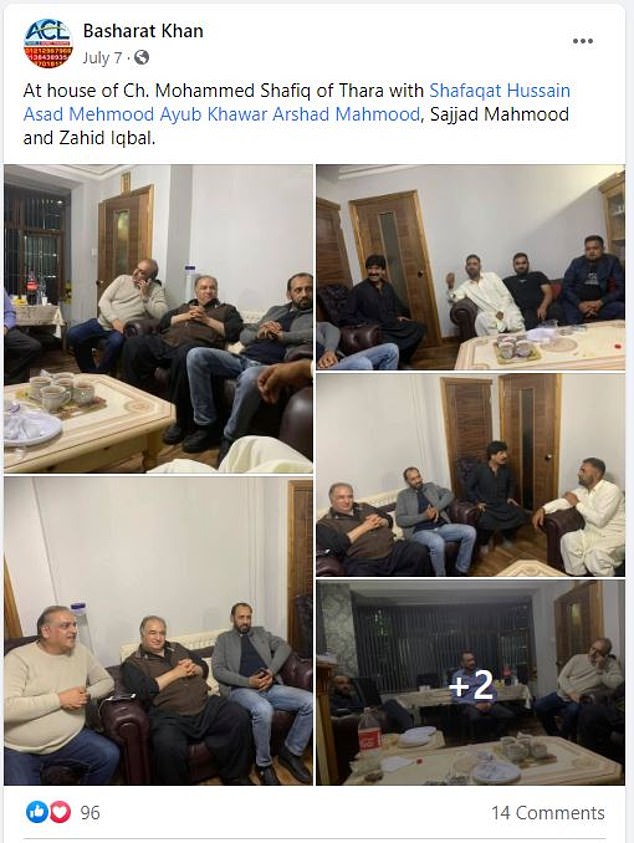 But, speaking at his appointment to the task force, Coun Hussain said: ‘This crisis has taken a toll on our health service and on our communities.

‘I’ve always said my role as a local councillor and community leader is to do whatever is needed to help.

‘I’ve seen first-hand how devastated some families have been by what has happened to them and I am determined that we must learn the vital lessons to prevent this heartache happening again.’

Labour MP, Mr Byrne said previously: ‘Over the last two months we have heard heartbreaking stories from families who have endured unimaginable pain during this pandemic.

‘We’ve been told of loved ones dying alone and of families being unable to grieve.

‘But we have also identified some truly heroic individuals who have gone out of their way to support their communities and that is why I wanted Coun Hussain to join this inquiry and share his valuable insights into what we must learn to ensure this never happens again.’

Asked for a comment on the investigation into Coun Hussain, Mr Byrne said: ‘We can beat this virus by working together but only if we follow the guidance, wash our hands, wear face masks and observe social distancing.

‘I urge everyone to do their bit to beat coronavirus.’

Councillor Hussain has been contacted by the Mail Online.