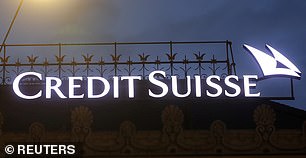 Credit Suisse’s own probe concluded the surveillance had been initiated by then-chief operating officer Pierre-Olivier Bouee.

Boss Tidjane Thiam resigned in February adamant he did not know about the spying but admitting it had caused anxiety and pain.