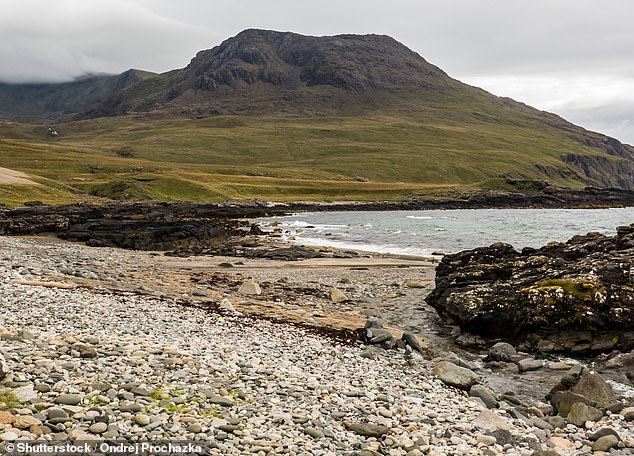 An appeal for new residents on a remote Scottish island has attracted more than 400 applications from around the world – with Covid helping with the search.

The Isle of Rum, Inner Hebrides, put out a call for tenants to join the population of around just 30 people after building four new two-bedroom eco homes.

Applications came in from countries, including Argentina, USA, Australia, Spain and Italy.

The Isle of Rum, Inner Hebrides, put out a call for tenants to join the population of around just 30 people after building four new two-bedroom eco homes

There have also been a number of bids made by Londoners looking to swap the city for life on the island, which has only one community shop.

More than 3,000 notes of interest landed in the trust’s inbox, with inquiries coming from countries including India and Pakistan.

Rum is known as the ‘Forbidden Island’, situated twenty miles off Scotland’s west coast, with ferries only running four times a week in winter.

The Isle of Rum Community Trust, which launched the search for new residents, hope to raise the population of the island to 60 people with the new housing.

The greater resident numbers will support the island school, which has a roll of just two, as well as future investment and infrastructure projects. 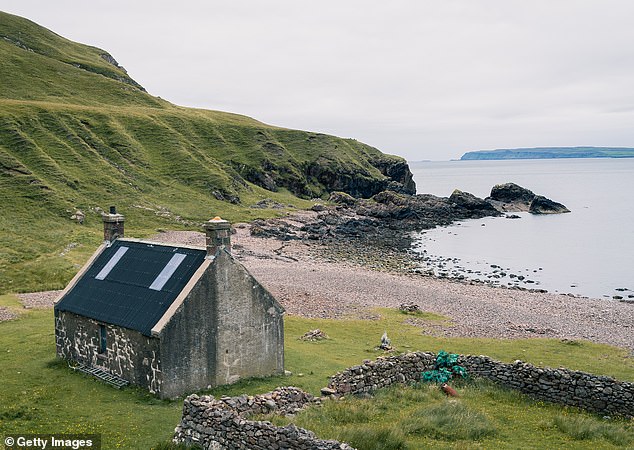 There have also been a number of bids made by Londoners looking to swap the city for life on the island, pictured, which has only one community shop

Steve Robertson, development manager at the trust, said he was ‘very pleased’ with the response and said the pandemic may have helped to drive the high level of interest.

Mr Robertson said that Covid-19 has been ‘mentioned a few times’ and has perhaps helped the interest in living on Rum.

He said: ‘If there is further lockdown, you have all the space on the island, the beaches, the cliffs.

‘There does seem to be something special about the idea of completely breaking from whatever life you have and moving to a small island.

‘It can work really well for people. Some people might not stay forever, but it can be a really nice section in people’s lives.

He said the trust is ‘sifting through the applications’ and that there are ‘a lot of really good candidates’.

Mr Robertson said consideration would particularly be given to small families and those who had a business they could take to the island.

He added: ‘Trades people would be a great asset here.

‘It could be a handyperson but if someone had the tickets for the relevant trades and be willing to use them on Rum, that would be a great help.’

He said some applicants had shown interest in taking up one of the homes and building other properties on the island, to help drive further population growth.

All homes on the island are fitted with high quality fibre broadband, allowing people to work from home, with other jobs in childcare, food production and house maintenance. 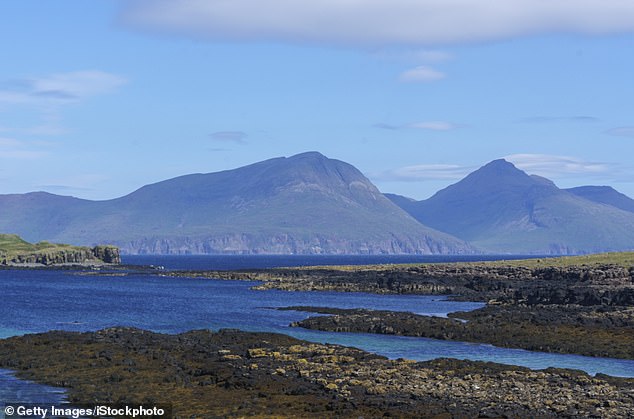 Rum is known as the ‘Forbidden Island’, situated twenty miles off Scotland’s west coast, with ferries only running four times a week in winter

Care will be taken to get the right fit of people for the island, where challenges include the lack of healthcare.

Mr Robertson added: ‘Candidates have to convince the board that they have an understanding of the challenges of moving into a small community.

‘Whether you are from London, New York or Glasgow, it is a challenge.

‘Over the years, we have had people come and leave because it has not worked out for them.

‘Others have come, thought they wouldn’t stay but then have become really key people on the island.

‘We might not get it perfect but we will do our best to make it clear to newcomers as to what they might expect from moving to Rum.’