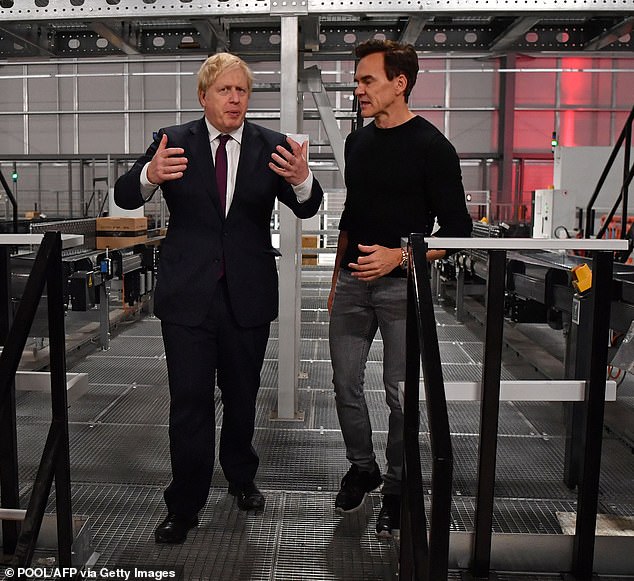 ALEX BRUMMER: Those involved in Hut Group’s float should have been more focused on making sure the upcoming offer was something investors could fully trust

No one should expect much in the way of governance from the Qatar Investment Authority, an arm of a despotic, wilful regime best known in the Middle East for support of brutal Hamas rule in Gaza.

But we do expect the highest standards from Blackrock, headed by Larry Fink, who each year publicly writes to the CEOs of companies in which his funds are invested demanding the very best environmental, ethical and governance behaviours.

Similarly, when one views a listing document festooned with Rothschild, JPMorgan Cazenove, Goldman Sachs and other distinguished denizens, the least expected is that there is broad compliance with City codes. This is especially true given the sordid listings of some recent dummies on the London Stock Exchange such as NMC Health and ENRC, which delivered body blows to the reputation of the Square Mile.

There can be no comparison between these oddball overseas companies, which chose the LSE to float, and The Hut Group, which formally has announced its public offering, placing a generous value of £4.5bn on its online protein and beauty websites.

With this stellar cast of characters behind The Hut, as cornerstone investors, advisers or book runners, they might have done a better job in tidying up the loose ends before bringing it to market.

It is understandable why supercool executive chairman and chief executive Matthew Moulding wants to hang on to both jobs. This has become standard fare for US tech floats.

Yet allowing too much swagger for the boss with weak checks and balances can be unsettling, as it was for Uber and WeWork in the US. In Britain the dominant figure of Mahmud Kamani, as executive chairman of Boohoo, may be a factor in that company’s failure to ensure a trustworthy supply chain.

As admirable a person as the senior nonexecutive at The Hut, Zillah Byng-Thorne, may be, she looks over-boarded with her jobs at publisher Future, gaming group Flutter and GoCompare. As useful as her digital knowledge could be, dealing with the complexities of separating Moulding’s private interests from those on the public market could be tricky.

Moulding will be The Hut’s landlord as well as its chairman, and guarding against shortcuts to his eventual £700m bonus pay out is going to be delicate. Non-exec Iain McDonald, who heads the pay committee at Boohoo, also lacks governance muscle, as was seen when the fashion firm recently put in place a contentious £150m bonus scheme.

One fears too many of those involved in the Hut’s IPO might have spent a little too much time luxuriating at the THG Experience – Hale Country Club & Spa. They should have been more focused on making sure the upcoming offer was something investors could fully trust.

The latest Covid-19 vaccine update comes from the two powerhouses: Britain’s GlaxoSmithKline and France’s Sanofi. In a tortoise-and-hare race to the finish line for a durable vaccine, this alliance always had the edge. Sanofi has the expertise on antigens and GSK the adjuvant that has demonstrated it efficacy with blockbusters such as Shingrix for the treatment of shingles. The two groups are taking advantage of fast-track regulatory paths for the pandemic to roll out phase one and phase two testing programmes at the same time, starting with trials in the US before going global with phase three.

That could mean that there will be a properly-tested vaccine from Sanofi-GSK labs by early 2021. Big orders have already been secured from the US and Britain, and an announcement from the EU is on its way.

While the Western democracies will get the first doses, GSK is promising to make the vaccine available to Covax, an organisation that brings together governments, NGOs and charities around the world. GSK is not expecting to make any profits while the virus rages and it promises to use any earnings to fund further pandemic work.

Under the leadership of chief executive Emma Walmsley, GSK looks to have come to terms with past ethical lapses.

Shares in US digital sports gaming group DraftKings initially spiked on Nasdaq after it named basketball legend Michael Jordan as special adviser to its board.

Maybe Ladbrokes owner GVC could add lustre to its jaded image by bringing fashion and sporting entrepreneur David Beckham on board. Ideal celebrity fodder as GVC heads across the Atlantic.