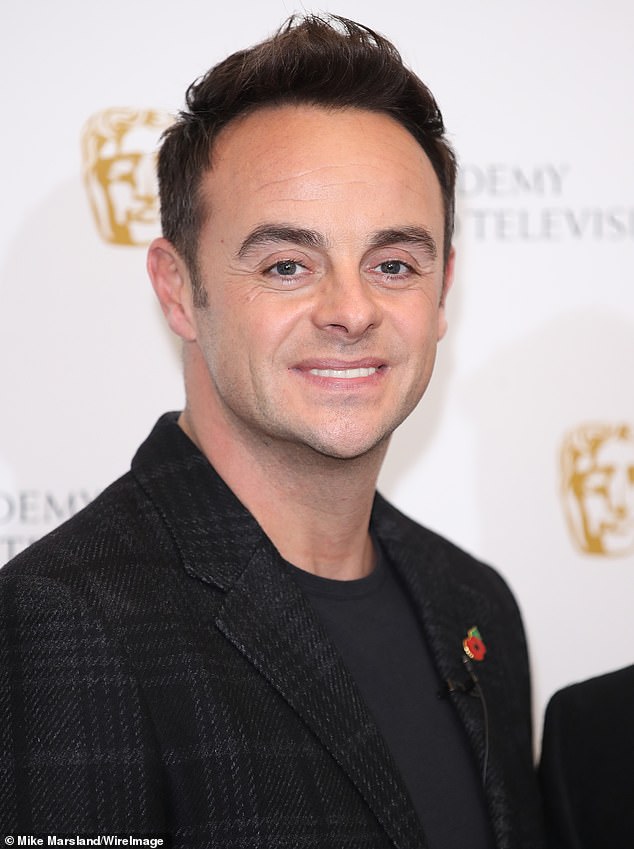 Anthony McPartlin has given all credit to his TV show Ant & Dec’s DNA Journey for helping him repair his relationship with estranged dad Ray after a decade apart.

The 44-year-old TV star had previously revealed that when he and fellow presenter Declan Donnelly shot their show together, he felt it was time to reconnect with his distant parent, who left the family home when he was just a child.

Writing in his and Dec’s joint autobiography, Once Upon A Tyne, the popular host said: ‘One of the biggest things the show did for me was that it gave me the chance to reconnect with my dad.

Dad: Ant McPartlin has given all credit to his TV show Ant & Dec’s DNA Journey for helping him repair his relationship with estranged dad Ray after a decade apart. Pictured in November

‘In 2017, we hadn’t seen or spoken to each other for ten years and my relationship with him didn’t really exist. But once I started finding stuff out about the paternal side of my family, it felt like the right time to contact him.

‘When a parent leaves and you have a distant, or sometimes non-existent relationship, it means that when you do see them, you can struggle to find common ground, but now I had a whole family history to tell him about, like my great-grandfather, the war hero.’

Ant revealed that the pair ‘bonded’ over their family history, adding: ‘Me and my dad’s relationship blossomed from there and it’s gone from strength to strength ever since. Without the show, that might never have happened.’ 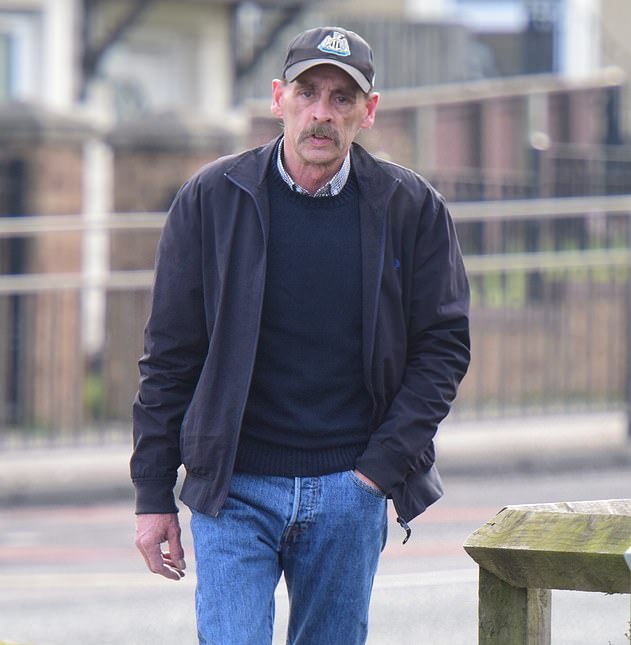 Moving on: The TV presenter claimed that when he reached his forties he decided that ‘life was too short’ not to reach out to his absent father Ray (pictured), who left when he was a child

Back in November, Ant claimed that when he reached his forties he decided that ‘life was too short’ not to reach out to his absent father, who left when he was a child.

Ant candidly discussed his relationship with his dad during filming for his show with his best friend Dec, Ant & Dec’s DNA Journey.

During the programme, Ant revealed: ‘My dad left the family when I was about 10 and I’ve seen him sporadically over the years.

‘I haven’t seen him for a long while now. We didn’t speak for quite a while… but last year we started texting each other and I spoke to him on the phone for my birthday, which was lovely.

‘To be fair, life is too short. There is no point holding grudges or anything like that. You get to that age… I turned 40 and I just thought let’s stop messing about, let’s get in touch because you never know what’s going to happen.’ 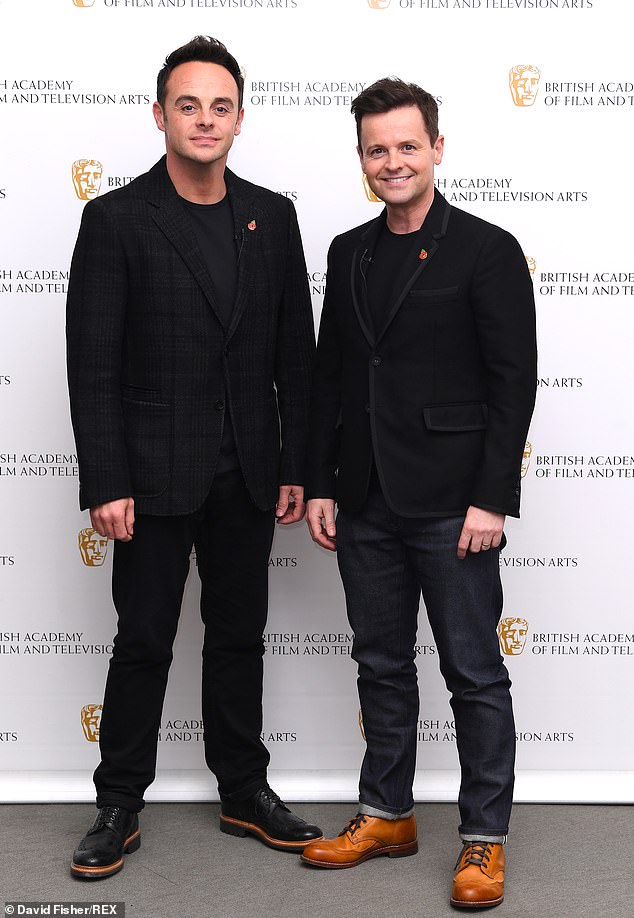 Hurt: Elsewhere on the show, best friend and co-presenter Declan Donnelly spoke out about the impact Ant’s addiction battle had on their 32-year friendship. Pictured in November

Ant opened up about his relationship with his father during filming at his mother’s house in his native Newcastle, and even joked to her and his two sisters, Emma and Sarah, ‘when is Dad coming?’

The star was brought up by his mother Christine Woodall after his dad left and remarried, but the father and son rekindled their relationship in 2017.

Elsewhere on the show, Declan spoke out about the impact Ant’s addiction battle had on their 32-year friendship.

The television presenter, 44, admitted he thought he had ‘lost’ his best friend for good when Ant was arrested for a drink-driving conviction in 2018.

Speaking on their ITV documentary, Dec said: ‘It has been a tough couple of years and it has tested the bond we have shared since we were 13.’ 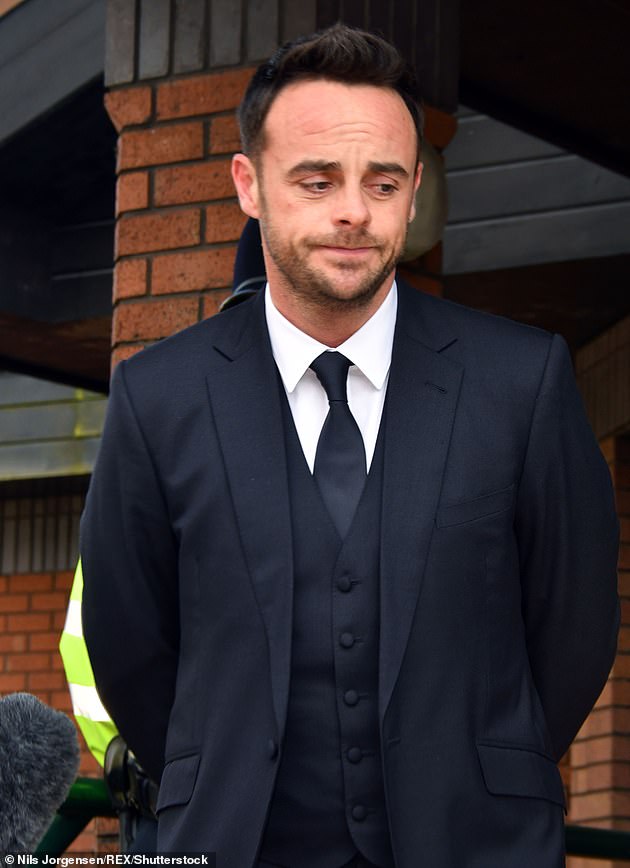 Troubled: Ant was banned from driving for 20 months and fined £86,000- Britain’s highest-ever penalty for drink-driving after pleading guilty to the offence in March 2018

Dec added: ‘I was incredibly angry at the start, so angry. Disappointed that he didn’t ever come to me and say, “I am struggling, I need you” because that is what I would do if the shoe was on the other foot. And he never came to me and that hurt me a lot.’

The ITV documentary was halted for two years while Ant took a break from the spotlight to battle his addiction to alcohol and prescription drugs. He admitted himself to rehab for further treatment.

During this time, Dec admitted he was ‘filled with fear’ at the thought of no longer having Ant by his side.

‘There was a point where I thought that that was it,’ Dec said. ‘There were times where I wasn’t sure it was going to survive. 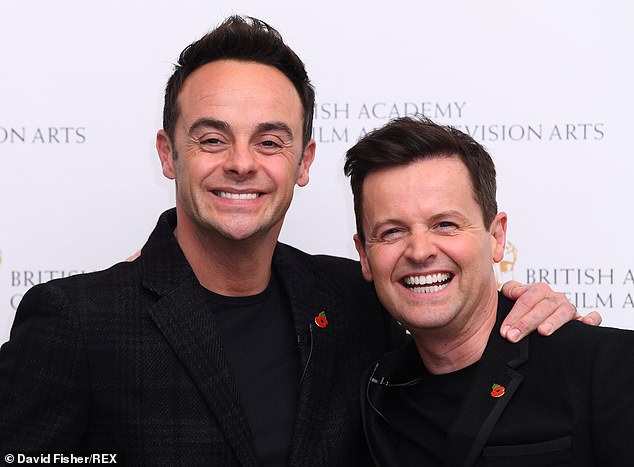 Fear: The television presenter, 44, admitted he thought he had ‘lost’ Ant for good when the star admitted himself into rehab after being arrested for a drink-driving conviction last year

‘Times where you didn’t know it needed to survive or you wanted it to survive. All the while he was away I wasn’t sure where his head was at or if he was going to say “none of this is for me”.

‘I didn’t know what he wanted to do and for the first time in 30 years I had to think about what I was going to do and if I was going to go out on my own. The thought of that filled me with fear.’

After a lengthy stint away from the spotlight, Ant returned to television, hosting last year’s series of Britain’s Got Talent and I’m A Celebrity… Get Me Out of Here!.

But Dec said he eventually came to terms with the possibility Ant could have stepped away from the spotlight forever, because he just wanted his friend ‘to be happy’. 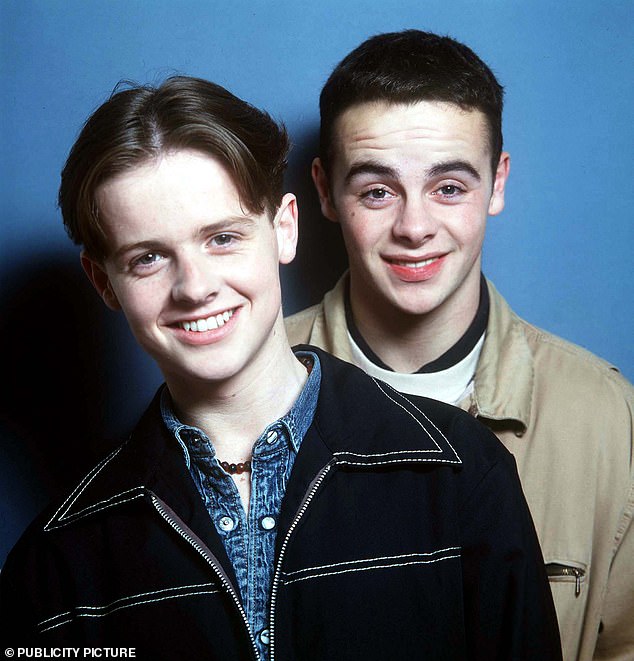 Best of friends: Ant and Dec have been friends for over 32 years after first meeting on the set of Byker Grove (pictured 1998)

He said: ‘Ultimately you realise all those feeling are a bit selfish because they are all about you and how about what he was going through and the unhappiness he felt and how he must have felt to be in that situation, and that is when I became really sad and really sympathetic.

‘Because to be in those depths of despair, he must have been so unhappy. And that is where ultimately the care and compassion you have for that person overrides everything and you just want them to get better and get support for them.

‘More than anything I just wanted to be happy.’

Ant also touched upon his struggles in the documentary, saying: ‘The last few years have been quite emotional, hard, they have been testing I would say in terms of how strong your love is and how strong your friendship is.’ 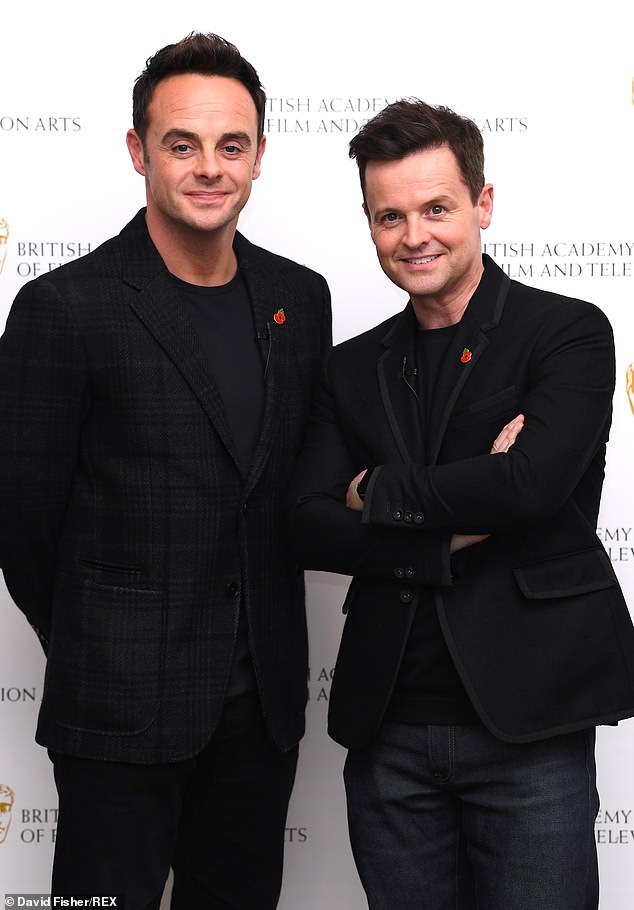 Postponed: The ITV documentary was halted for two years while Ant took his break from the spotlight to battle his addiction to alcohol and prescription drugs