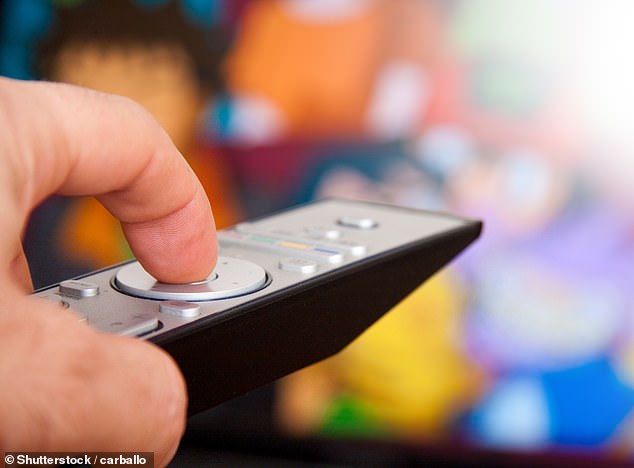 Next generation mobile internet could be coming to more of the UK after people ‘retuned their TVs’ to make room for 5G in the 700MHz radio wave spectrum.

It has taken four years and £350 million to get to a point where the government can auction off the spectrum, as almost 20 million television sets had to be retuned first.

The space will be sold to telecom firms hoping to offer expanded or new 5G mobile services in chunks of 80 MHz in January 2021, the government said.

The move will allow mobile companies to operate better in rural parts of the UK, as the 700MHz band ideal for ‘delivering wide geographic coverage’.

5G services in the UK currently operate int he 3.4GHz range which is good for short distance fast connections – particularly in urban areas.

When the new spectrum is auctioned off, including parts of the 3.6-3.8GHz band, the total available spectrum for mobile services will increase by nearly a fifth.

It has taken four years and £350 to get to a point where the government can auction off the spectrum as almost 20 million television sets had to be retuned first.

Digital Infrastructure Minister Matt Warman said it was part of a ‘quiet revolution’ in the UK airwaves that will improve mobile coverage for rural communities.

He said it will also allow people in those communities to ‘unlock new ways for 5G to boost business productivity and improve people’s lives.’

Spectrum is the airwaves over which televisions, mobile phones, tablets, radios and other devices communicate.

The 700MHz spectrum band had mainly been used for Freeview as well as professional radio microphones used in music studios, theatres and outdoor events.

Now that 20 million homes have successfully re-tuned their TV equipment to continue to receive their TV channels on lower frequencies the 700MHz band is exclusively available for mobile use.

This will allow mobile operators and other innovative companies to use 5G to develop new high data usage technologies and services to boost sectors such as manufacturing, transport and healthcare.

According to Paul Donovan, CEO, Arqiva, said this was the biggest broadcast engineering project since the first digital switchover that saw a move from analogue TV.

He described the work involved as being like ‘performing open heart surgery’ on the nation’s television network.

The low frequency of the 700MHz spectrum band is ideal for carrying mobile signals into buildings and over long distances – including the countryside.

As part of the auction in January 2021 the government will also sell off parts of the 3.6-3.8GHz spectrum band – perfect for shorter distance high speed links.

This higher band spectrum will allow some operators to offer speeds of more than 1Gbps over mobile connections – faster than most fibre broadband services.

It wasn’t just the televisions that had to be retuned, according to Arqiva, the firm that runs television spectrum, 1,200 transmitters also had to be changed. 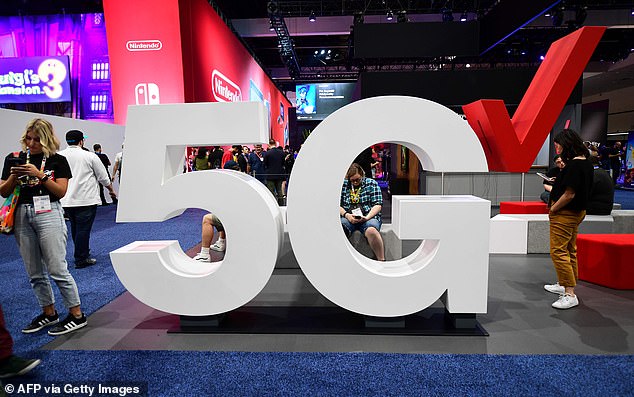 In many cases it involved engineers physically replacing antennas at the top of masts – some taller than The Shard in London.

TV sets in 17.8 million homes were re-tuned to continue to receive their TV channels on lower frequencies, with 99 per cent of viewers able to re-tune themselves.

Only 1 per cent of viewers needed free support from the Freeview Advice Line, and only 0.1 per cent required home visits from engineers to get them re-tuned.

The programme, which was funded by DCMS, was estimated for completion at the end of 2021 at a cost of £400 million – it ended this month for £350 million.

Ofcom, which has a duty to ensure the UK’s spectrum is used efficiently, will be releasing 80 MHz chunks of these important airwaves for mobile companies to use at an auction expected to take place in January 2021.

To help maintain strong competition in the UK mobile market, it will impose a 37 per cent cap on the overall spectrum that any one mobile company can hold.

EXPLAINED: THE EVOLUTION OF MOBILE BROADBAND UP TO 5G

The evolution of the G system started in 1980 with the invention of the mobile phone which allowed for analogue data to be transmitted via phone calls.

Digital came into play in 1991 with 2G and SMS and MMS capabilities were launched.

Since then, the capabilities and carrying capacity for the mobile network has increased massively.

More data can be transferred from one point to another via the mobile network quicker than ever.

5G is expected to be 100 times faster than the currently used 4G.

Whilst the jump from 3G to 4G was most beneficial for mobile browsing and working, the step to 5G will be so fast they become almost real-time.

That means mobile operations will be just as fast as office-based internet connections.

Potential uses for 5g include:

5G is expected to be so quick and efficient it is possible it could start the end of wired connections.

By the end of 2020, industry estimates claim 50 billion devices will be connected to 5G.

The evolution of from 1G to 5G. The predicted speed of 5G is more than 1Gbps – 1,000 times greater than the existing speed of 4G and could be implemented in laptops of the future