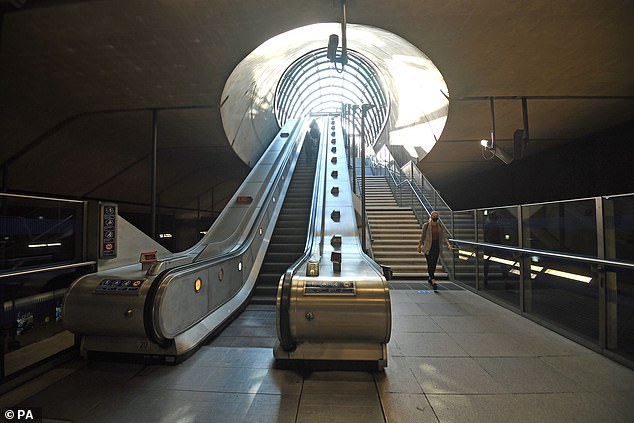 A public information campaign urging people in Britain to get back to work following the coronavirus lockdown has had its first air date pushed back.

The series of adverts encouraging people to return to offices was originally due to begin tomorrow, but it will not now start until next week at the earliest.

The UK campaign is yet to have been given a slogan because Downing Street officials are still divided on how strong the encouragement should be.

The move suggests the Cabinet Office wanted more civil servants back to their desks before urging the rest of the country to return, reported the Daily Telegraph.

Prime Minister Boris Johnson is said to want wants Parliament ‘back to normal’ by the end of 2020, urging MPs to lead from the front on the return to workplaces.

Mr Johnson spoke to Conservative backbenchers of the importance of returning to workplaces as the UK seeks to strike a balance between public and economic health.

Downing Street fears huge job losses in town and city centre shops and cafes if workers do not return to their pre-lockdown commuter patterns. 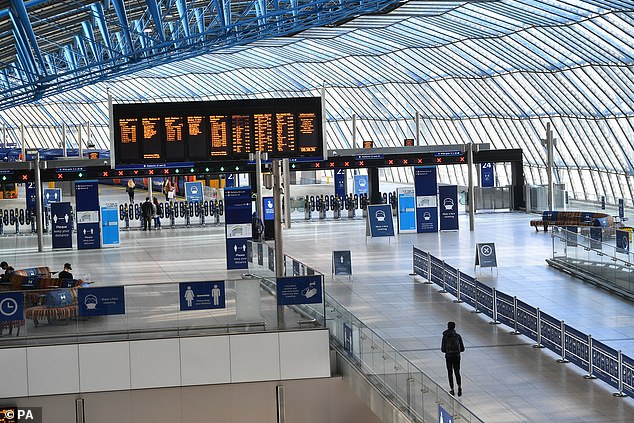 But there are allegedly divisions in Government over whether the time is right, with the Covid-19 rate still growing in parts of the UK, to get employees back into work.

Rail companies are set to offer flexible season tickets to encourage more workers to get back to offices, Boris Johnson has said.

The Prime Minister told MPs the Government was working with rail firms to provide tickets for those who will not be in the office five days a week.

Many offices will not be able to accommodate all their workers at the same time because of social distancing.

One idea mooted for flexible season tickets is that they could be bought to cover three days instead of a full week.

The Prime Minister replied that the Government was working with firms on tickets that would ‘enable people to get back to work in a flexible way’.

Yesterday, the Bank of England told MPs the Government’s Covid-safe guidelines for employers meant it was unlikely offices could get back up to full capacity.

This is due to the need for staff to be kept apart, with workplace advice including introducing one-way systems and staggered shift times.

Employers are also advised to limit the number of colleagues that staff members are exposed to in order to prevent the spread of the virus.

Alex Brazier, the bank’s executive director for risk, told the Commons Treasury Committee: ‘Because of those constraints I don’t think we can expect to see a sudden and sharp return of lots of people to the very dense office environments that we were used to.

‘We should expect a more phased return depending on the public health outcomes that we’ll see over the coming weeks and months.’

Meanwhile high street chains have issued a united cry for help, warning that working from home has triggered an ‘economic emergency’.

In a joint letter to the Prime Minister, bosses said the failure to get staff back to the office posed an ‘existential’ threat to many businesses.

The letter, seen by the Mail, was signed by more than 80 chief executives, including the heads of Greene King, Pizza Express, Caffe Nero and Marriott Hotels.

It was organised by the chief executive of UK Hospitality, which represents 700 businesses and 3million workers.

Their efforts were supported by the British Retail Consortium, which represents 5,000 businesses. The signatories employ close to half a million people.

Their letter, sent to Boris Johnson earlier this week, said: ‘Before Covid, half a million workers came to central London every day but many businesses have no immediate plans for staff to return to offices. 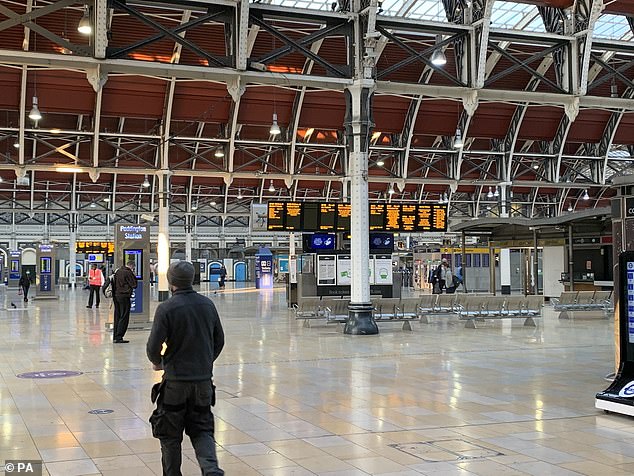 ‘This has existential risks for businesses in hospitality and its supply chain, as well as retail, leisure and entertainment, which combined employ around 20 per cent of Londoners.

UK ministers are dramatically scaling up mass-testing trials with the aim of getting Britons back to work and finally ending social distancing restrictions.

They are investing £500million in projects which will offer repeat routine tests to office workers, shoppers, public sector staff and schoolchildren.

Two of the five trials involve tests which deliver results in 20 minutes, while another two turn them around in a maximum of 90 minutes. These would enable patients to self-isolate very quickly if they were found to be carrying the virus – or go back to work if they are negative.

Boris Johnson told MPs the tests could ‘end the need for social distancing’.

A Downing Street spokesman later confirmed that the Prime Minister had hailed rapid and repeat testing as a ‘potential game-changer’.

‘Action to build public trust to levels that will trigger a return of safe travel into central London has become a social and economic emergency… residents and workers need to be persuaded that public transport is safe and their workplaces are safe.’

The letter also warned of the devastating effects of a collapse in tourism. It called for a blizzard of promotions and campaigns to promote the message that Britain is ‘open for business, safe and welcoming’.

Official data shows that 730,000 jobs have already been lost since the coronavirus crisis hit Britain in March. Some forecasts suggest unemployment could soar to as much as 3.5million by Christmas as the furlough scheme comes to an end.

The Prime Minister claimed earlier this week that ‘large numbers’ are returning to offices after schools began to reopen on Tuesday.

But pictures from train and Tube stations appeared to suggest otherwise. Businesses in the capital expect just one in seven firms to bring the majority of staff back to the office by the end of September.

Footfall in the financial centres of Canary Wharf and the City of London is down by more than 60 per cent compared to February, according to Wireless Social. Rail passenger numbers remain at less than a third of pre-lockdown levels, despite an increase in the number of services offered to commuters.

The number of people on the London Underground is still 70 per cent down on this time last year, and buses in the capital are carrying half their usual numbers.