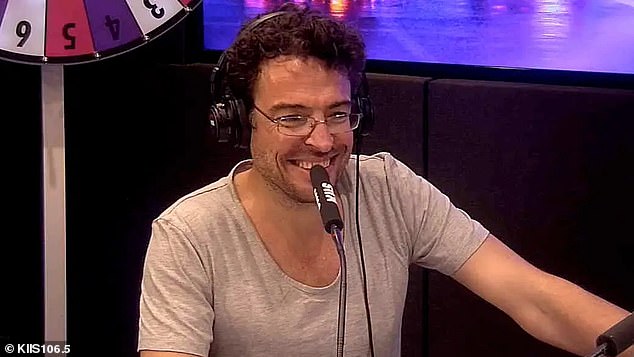 There’s been plenty of rumours surrounding the future of Studio 10.

And on Thursday, panelist Joe Hildebrand revealed the show as fans know it, is set to dramatically change.

The update comes after host Kerri-Anne Kennerley was made redundant by Channel 10 last month.

‘They’re rejigging the show a bit’: Joe Hildebrand (pictured) revealed on the Kyle and Jackie O Show on Thursday that Studio 10 is set to be given a complete overhaul

‘Look we are in talks, they’re rejigging the show a bit and it’s all been very civil and very lovely,’ Joe said, discussing his future with the morning program.

‘And they’ve offered me a new role and we’re sort of talking about what that might be.’ 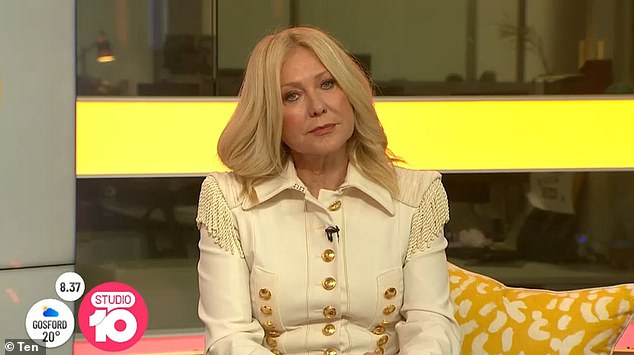 Making headlines: It comes after host Kerri-Anne Kennerley (pictured) was made redundant from Studio 10 last month

Joe clarified: ‘It would be a new role on Studio 10, but I think it’s already out there Studio 10 will be a different show.’

The journalist added that host Sarah Harris would be ‘staying’ on, and explained they’re hoping to change the format to be presented by two hosts only.

‘I think the idea is that it will be a more standard two-host show,’ Joe said. 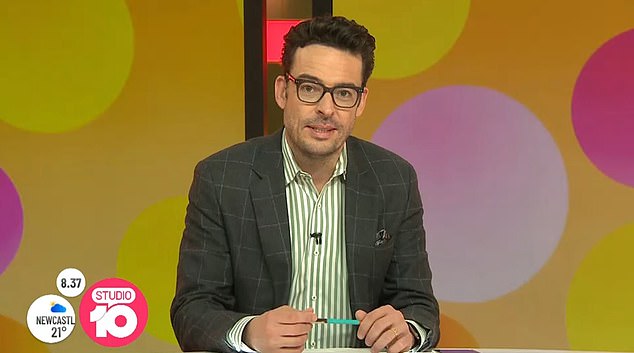 Overhaul: Joe said for now he’s staying on the show, but Studio 10 will be revamped and completely ‘different’

Kerri-Anne Kennerley was made redundant from the show, last month.

The star fought back tears as she bid farewell to viewers on August 12, less than 24 hours after being sacked from the network as a cost-cutting measure.

Kerri-Anne, who was axed from Channel 10 along with 25 other staff members, appeared to shake with emotion while addressing her departure.

She acknowledged that the coronavirus pandemic had made it necessary to tighten the budget, and thanked her friends and colleagues for their support.

‘I just know I’m back on the ‘lazy Susan’ of television. Yeah, it’s very, very tough for a lot of people,’ she began. 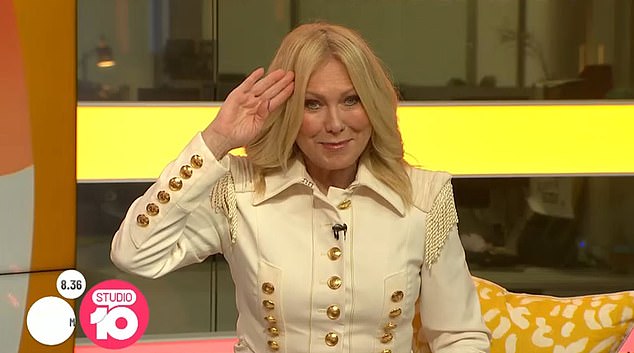 Moving on: Kerri-Anne Kennerley was made redundant from the show last month. The star fought back tears as she bid farewell to viewers on August 12, less than 24 hours after being sacked from the network as a cost-cutting measure

‘But I’ve always worked on a personal level, the Charles Darwin theory that says to survive you don’t need to be the most intelligent, you don’t have to be the strongest, but you have to be, to survive, the most adaptable,’ she added.

Kerri-Anne, who joined Studio 10 as a part-time panellist in September 2018, went on to say just how much she treasures the friendships she’s made along the way.

She will depart the network in September, but remains under contract at Channel 10 on ‘gardening leave’ until the end of the year.

Earlier this week meanwhile, Dr. Andrew Rochford spoke about rumours he could host the show alongside Sarah Harris.

On Tuesday, the 41-year-old TV presenter addressed the speculation during an interview with Nova 96.9’s Fitzy & Wippa. 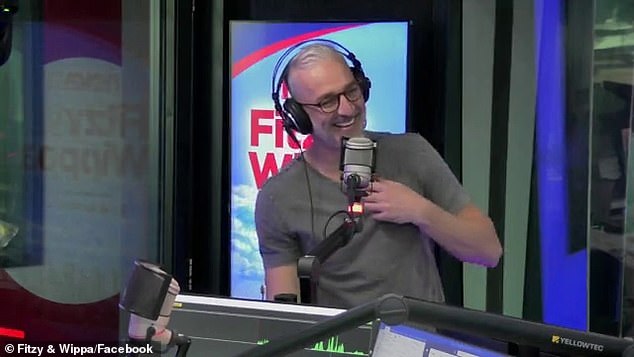 Will he be on the show? Earlier this week meanwhile, Dr. Andrew Rochford (pictured) spoke about rumours he could host the show alongside Sarah Harris

Radio host Michael ‘Wippa’ Wipfli tried to catch out Andrew by congratulating him on the new job, even though Channel 10 hasn’t publicly confirmed anything yet.

Andrew stayed coy, prompting co-host Ryan ‘Fitzy’ Fitzgerald to say: ‘Your name has been thrown around…’

‘My name is thrown around for a lot of things,’ Andrew interrupted. ‘But usually they don’t end up in the headlines!’

‘Would you do it, Roch?’ Wippa then asked.

‘My goodness, I’d love to do it. Just give me a chance,’ the doctor replied breezily, before rattling off a list of shows he’d also love to host.

Following a round of job cuts last month, Studio 10 will be switching from a panel format to a two-person format, like Channel Seven’s The Morning Show.

TV Blackbox reported on August 17 that Andrew was ‘the most likely person’ to assume the role of male anchor alongside Sarah Harris.

The industry website noted that he’d been featured on Studio 10 several times in recent weeks and was considered a safe and uncontroversial choice.

The doctor, who made his TV debut as a contestant on Nine’s The Block in 2004, joined The Project in 2010 as a panellist.

He was later promoted to fill-in host after the departure of Charlie Pickering. 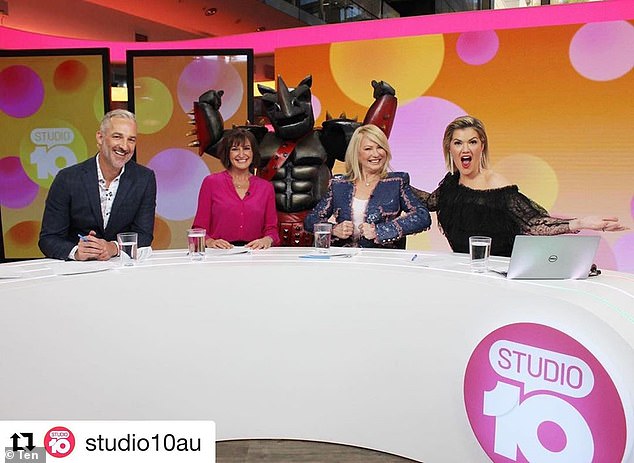 New-look show: Following a round of job cuts last month, Studio 10 will be switching from a panel format to a two-person format, like Channel Seven’s The Morning Show. Sarah Harris is pictured right