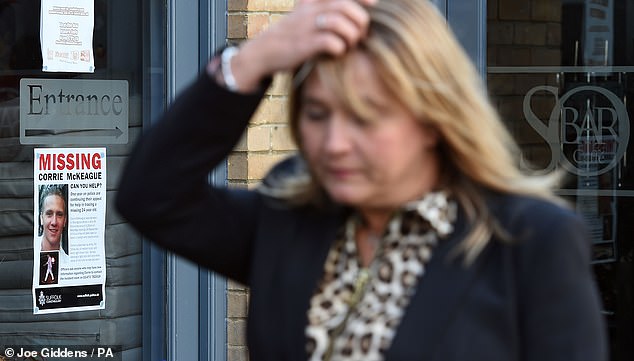 The mother of missing airman Corrie McKeague has said that police have been unable to reassure her that bones found in bin bags in a Suffolk river are not her son’s.

Nicola Urquhart said she was ‘trying to keep a sensible head on’ after the discovery of human remains in the River Stour in Sudbury on August 27.

Mr McKeague, of Dunfermline, Fife, was 23 when he vanished on a night out in Bury St Edmunds, around 16 miles north of Sudbury, on September 24 2016. 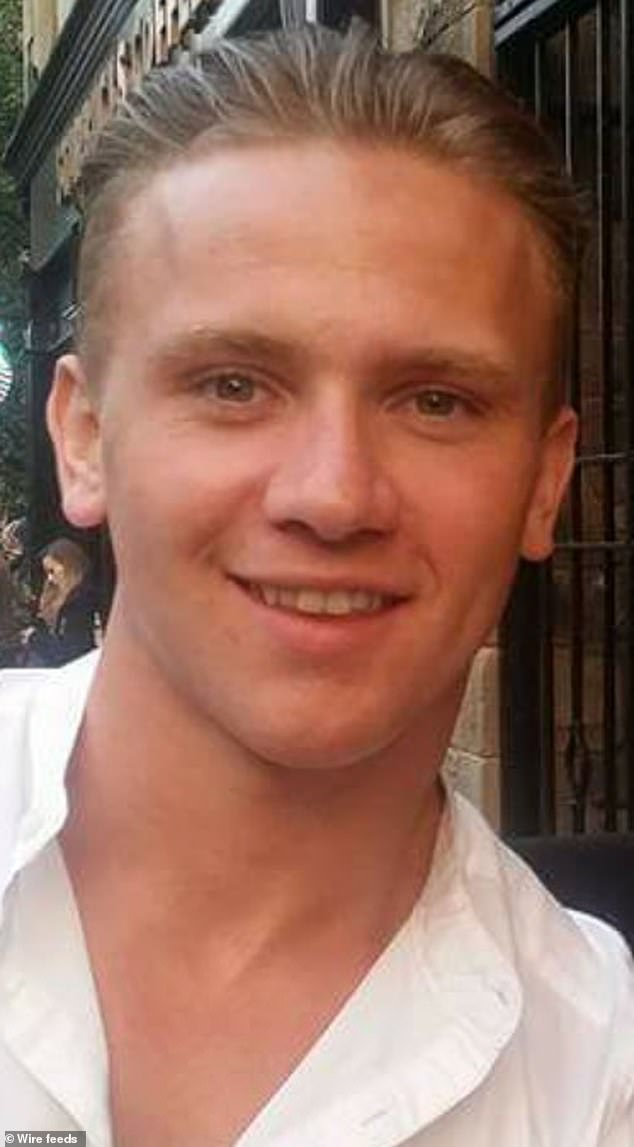 RAF gunner Corrie McKeague, who was 23 at the time of his disappearance, was last seen on a night out in Bury St Edmunds back in September 2016. No trace of him has ever been found

No trace of Corrie’s body has ever been found, despite extensive searches of a landfill site in Suffolk near RAF Honington where he served.

A murder inquiry was launched following the discovery of bones inside two black bins bags pulled from the River Stour around 4.35pm last Thursday.

Suffolk Police said that a post-mortem examination of the bones was completed on Sunday but ‘was not able to establish any form of identification or cause of death’.

The force said further tests are now taking place, adding that this will be a ‘lengthy process’.

Ms Urquhart told the East Anglian Daily Times: ‘Most times when remains or bodies have been found, the police down in Suffolk have been able to put my mind at rest that it’s not Corrie very quickly. 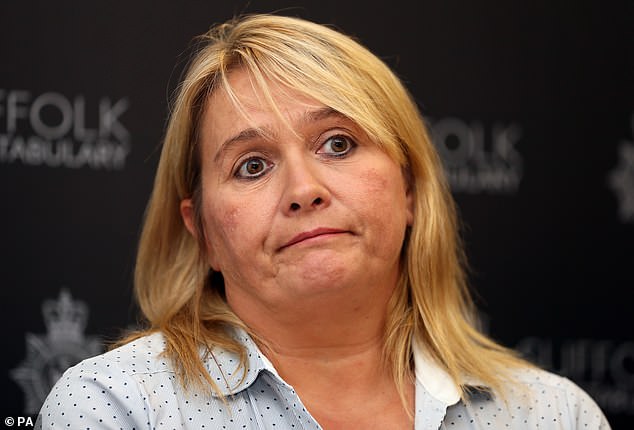 ‘After speaking to me, they’ll be able to tell me that they already think they know who the person is or, for whatever reason, they know it’s not Corrie.

‘Unfortunately, on this occasion, they’ve not been able to do that.

‘So I think the hard thing is that, whether this is Corrie or not, this is somebody’s son or daughter – and it’s whether anybody will ever find out because they might not be able to identify who this person is.’

She added: ‘It’s just about trying to keep a sensible head on, and not letting your head start making things up and thinking a million thoughts.

‘It is really difficult just to wait until you get an answer because there’s as much chance of this not being Corrie as it being Corrie but it’s going to be someone’s son or daughter. 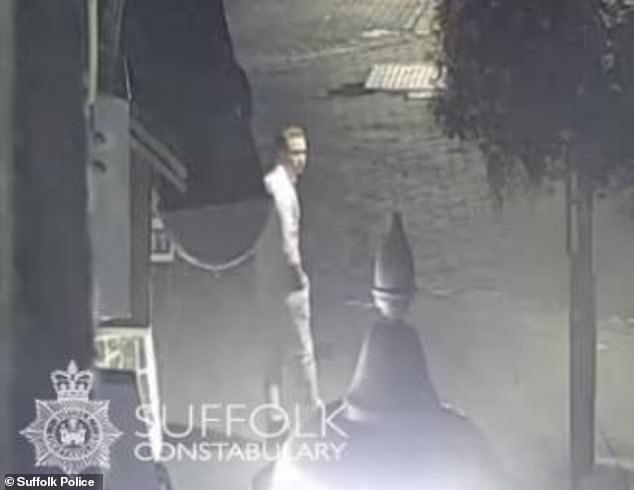 The investigation into Mr McKeague’s disappearance was passed to cold case detectives in 2018.

Suffolk Police said the ‘most likely scenario’ is that Mr McKeague went into a bin which was emptied into a lorry and ended up in the waste process.

Corrie was last seen on CCTV entering a bin loading area on September 24, 2016, following a night out in Bury St Edmunds.

No trace of him has been found.