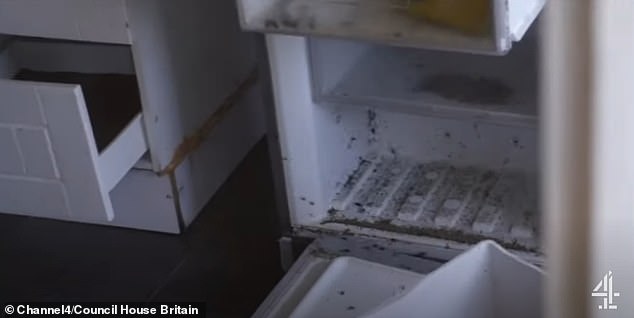 A pest control officer has to deal with a particularly nasty cockroach infestation, while a housing officer has to try to prevent one resident, who has lost his keys, from climbing into his fourth  floor flat via the window in Council House Britain.

The Channel 4 show, which airs tonight at 9pm, offers an access-all-areas inside Southwark Council – one of the biggest social landlords in the country.

In the first episode, viewers are introduced to pest control technician Andy, who is keeping the borough’s beasts under control and housing officer Charmain who looks after over 650 tenants.

Andy has 29 years’ experience and says there’s nothing he can’t handle. 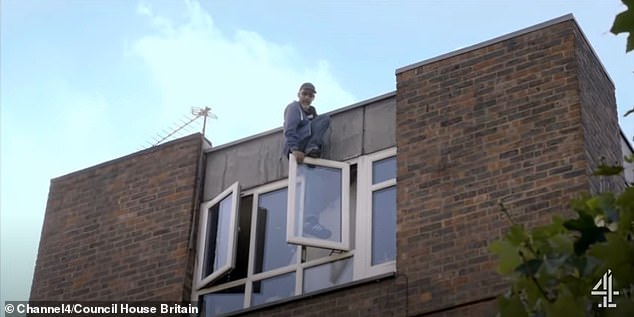 ‘I’m well mad, you’ve got to be mad to do this job to be honest and I love it – every bit of it,’ he explains.

‘They call me “Andy the hunter.” I’ve never been beat. It would’ve been nice to be in a rock band but the only downfall was that I couldn’t play an instrument – so pest control was the second best option.’

Almost 40 per cent of the calls the team receive are for insect infestations.

‘Apparently it’s very bad,’ says Andy, as he arrives at the vacant flat. ‘Gloves – very important! I just need to find them now.’ 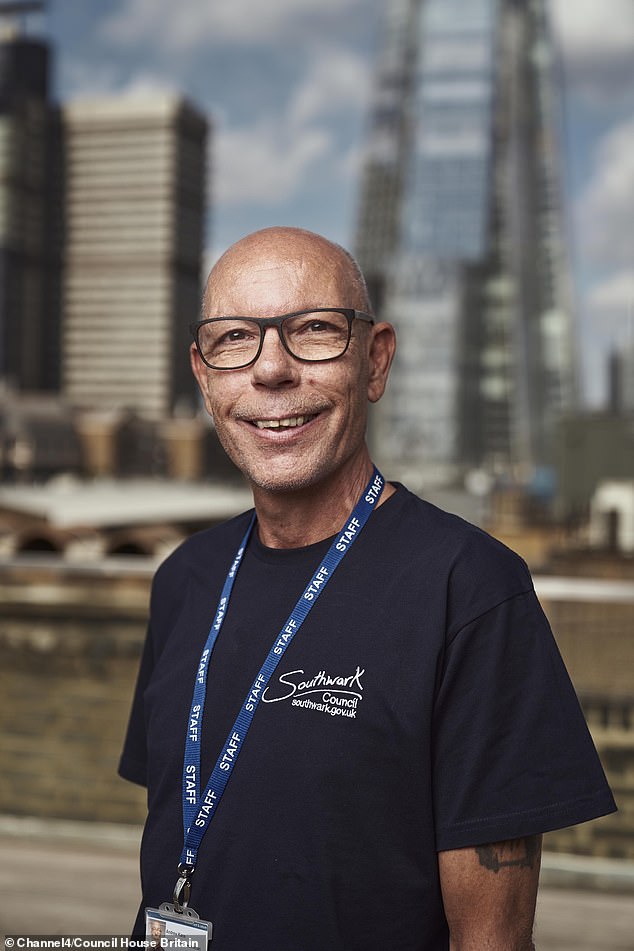 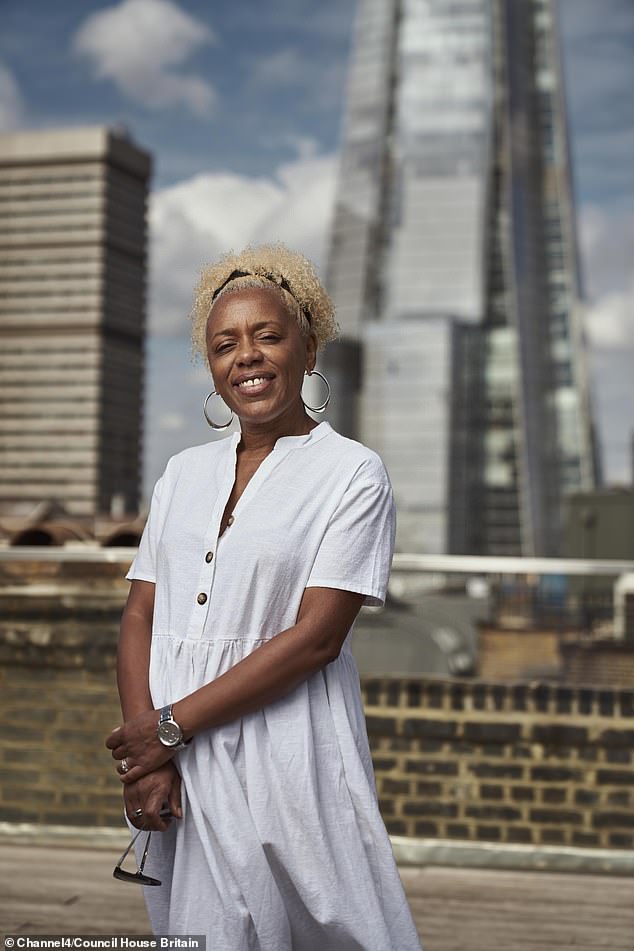 To provide wide-fest infestation across the estates, even the councils empty properties need maintaining so they can be re-let.

‘There we go….there they are,’ he says, as he opens an old fridge. ‘Woah! So there’s quite a problem there. They are having a party. There’s rotting food in here that’s been left. The fridge is off.

‘There’s three stages of cockroach – there’s a nymph, a juvenile and a cockroach. That’s what I’d call a heavy infestation!’

Elsewhere, housing officer Charmain looks after around 650 tenants and splits her time between the office and being out and about in the community. 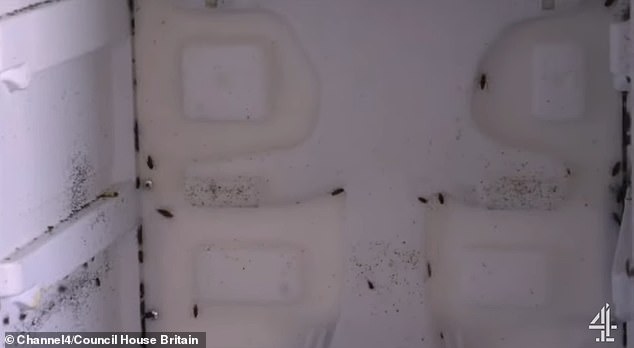 Andy identifies three stages of cockroach – a nymph, a juvenile and a cockroach. Pictured, the heavy infestation 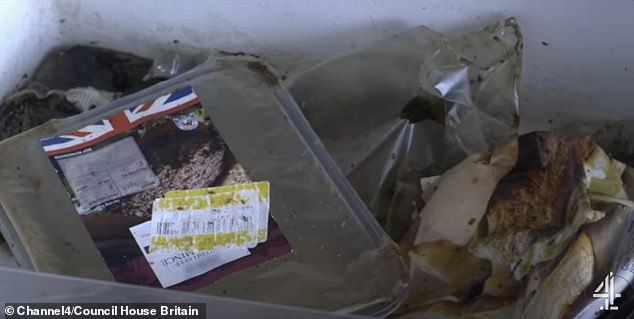 However, in tonight’s episode, one of her dozen jobs is seeing a man whose been using his fourth floor window as a front door using his stepladder since his house keys went missing.

‘I kind of resent when people talk about estates,’ she says. ‘If you meet someone and they’re like, “where do you come from” and you say, “I live on the Acorn Estate. “Oh my god.” ‘What do you mean oh my god?’ What does that mean?’

‘I was brought up on a council estate and my parents still live on one. Like any kind of area, it’s about the community you live with. You can live on a road and the roads can be tough because of the people living there.

It’s unfair to say living in a council estate is a tough environment. These people are proud. They want a good life for themselves and their families.’