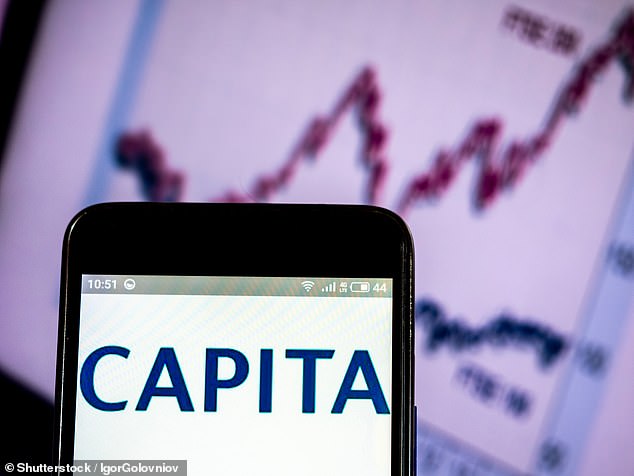 Shares in troubled Capita jumped after the Daily Mail revealed that private equity suitors were eyeing the firm.

City sources told this newspaper that CVC was weighing up a bid for the outsourcer, which collects the TV licence fee for the BBC and runs the charging system behind London’s congestion zone.

But a source played down CVC’s interest in the firm to news agency Reuters, claiming the private equity giant is shying away from deals involving complex shake-ups of troubled companies.

Boost: Capita has been under pressure to make changes as profits have tumbled over the past few years

The source added that CVC is only interested in certain divisions of Capita, including the education software unit, which it is trying to sell. CVC still declined to comment, and Capita confirmed that CVC had not made a formal offer. But shares in the outsourcer closed 3.2 per cent higher, having been up 15 per cent in early trading.

Capita has been under pressure to make changes as profits have tumbled over the past few years. The firm was stripped of its NHS cervical cancer screening contract last year after admitting it had not sent letters out on time to thousands of women.

The business drafted in turnaround specialist Jon Lewis as chief executive in December 2017. But it has been a slog for the experienced Lewis to get Capita back on an even keel.