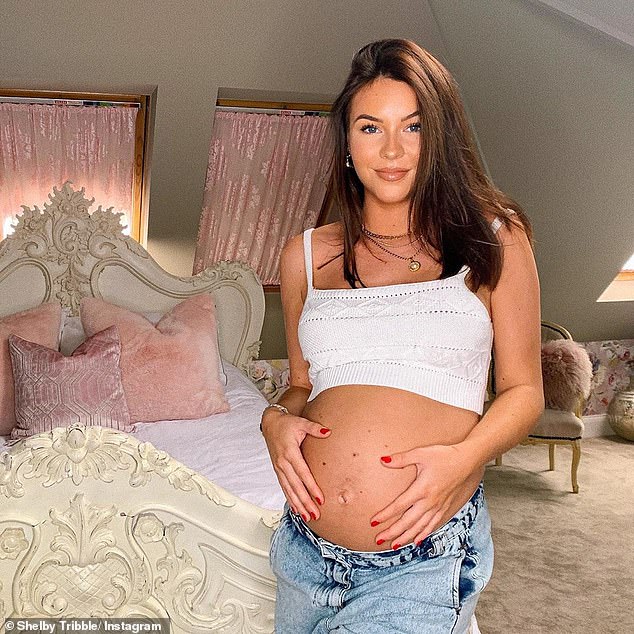 ‘9 weeks and 6 days ’til we meet you’: Shelby Tribble displays her bump as she and Sam Mucklow prepare to welcome baby boy

She is getting ready to become a mother for the first time with her long-term boyfriend, Sam Mucklow.

And TOWIE star Shelby Tribble, 27, showed off her baby bump in an Instagram post on Sunday, writing that she only had a few weeks left to go.

The former TOWIE star, 27, posed in front of the camera with her hands placed lovingly on her womb.

Looking forward: Shelby Tribble showed off her baby bump in an Instagram post on Sunday as she announced her baby is due in just nine weeks and six days 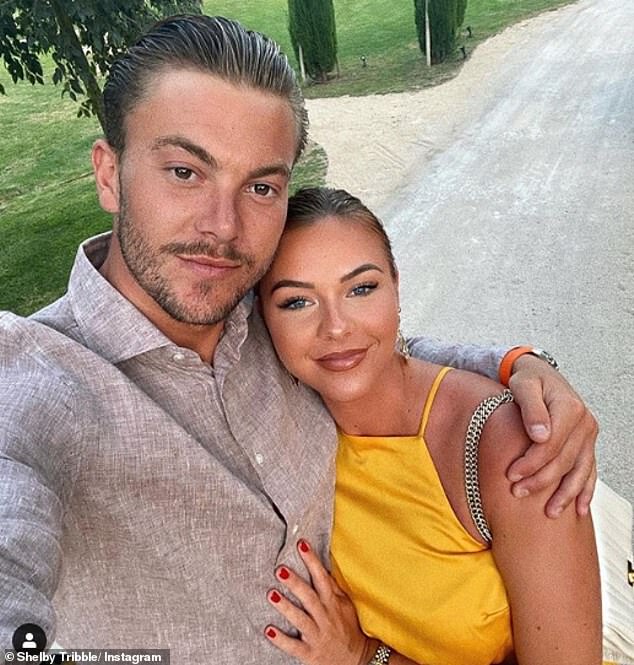 Loved up: Shelby and her boyfriend Sam Mucklow appear more in love than ever as they both prepare to become parents for the first time

Posting the snap to her followers, Shelby wrote: ‘9 weeks and 6 days until we meet you baby boy.’

She wore a knitted white crop top that exposed her midriff, and gazed warmly at the camera as she stood in her pink and cream-coloured bedroom.

Shelby had been experiencing a rocky relationship with Sam, 28, on The Only Way is Essex and decided to leave the show to focus on their future.

But recently the couple have appeared stronger than ever as Shelby as they were seen putting on a loved up display on holiday in Mallorca. 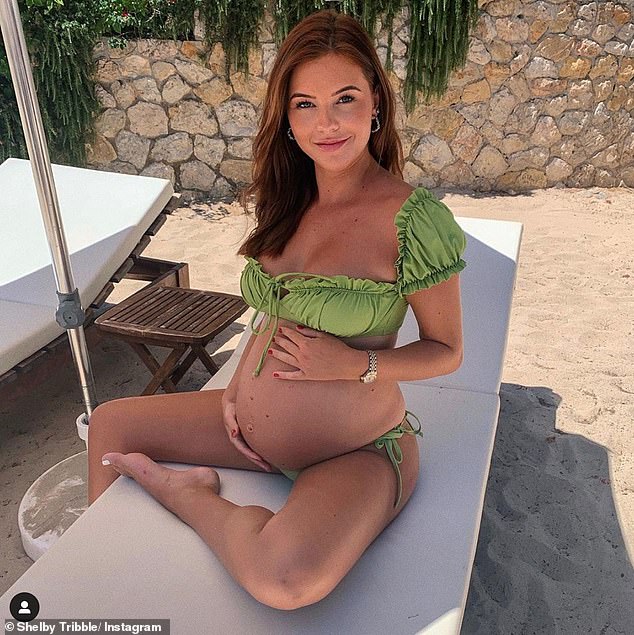 Maternal energy: Shelby recently shared snaps of her bump from her recent holiday to Mallorca with Sam 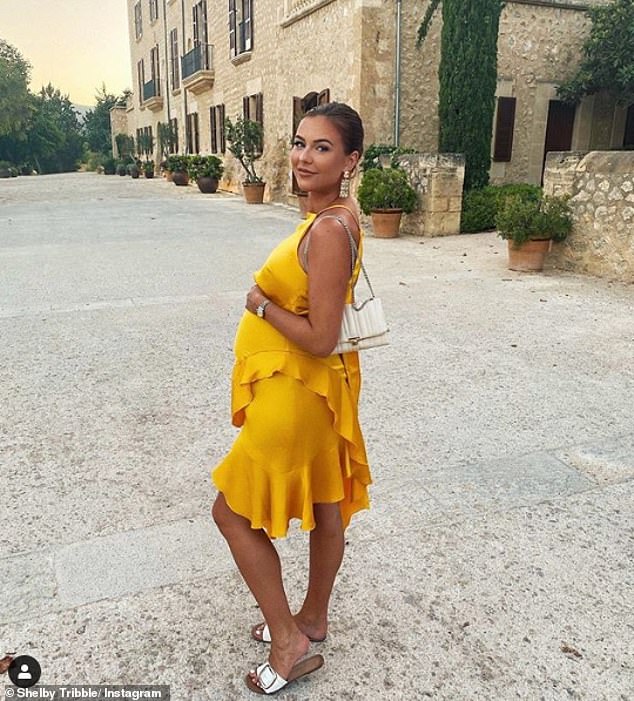 Trying times: While her pregnancy may look picture perfect, Shelby has also said she she has struggled with some of the more challenging sides of her changing body

Shelby recently explained she is beginning to struggle with some of the more challenging sides of her changing body.

The media personality penned: ‘Although I may look glam and have had the best pregnancy you can wish for.

‘The heartburn, swollen ankles/feet, back ache, leg cramps and chafing are all staring to play their parts.’

The reality star revealed to fans she hasn’t experienced any morning sickness and feels she is just as ‘clueless’ as those asking her for pregnancy advice because she is a first-time mum.

Shelby wrote: ‘You make my heart so happy. I’ve had a lot of mums asking me for advice but I’m going to be completely honest with you it’s my first baby and I’m just as clueless.

‘I’m such a laid back person I just take each day as it comes to avoid adding too much stress on me and more importantly the baby ( don’t get me wrong I have my odd days but it’s not as often as I thought and I’m sure pregnancy hormones can play a part).

‘I’ve been lucky to have supportive family and friends around me to give me tips, tricks and advice. Also I’ve been so lucky because I’ve had a really good pregnancy with no sickness and felt really well in myself.’ 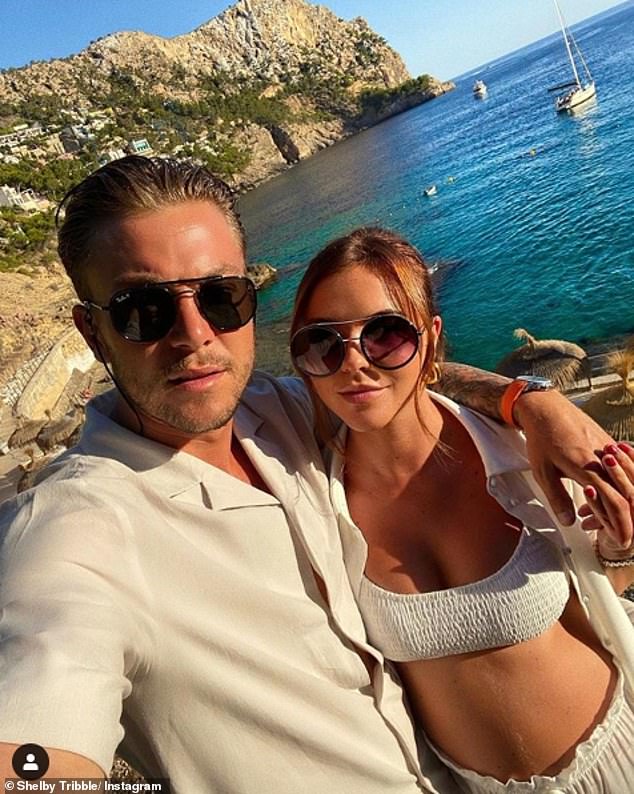 Taking the plunge: The reality star revealed she is just as ‘clueless’ as those asking her for pregnancy advice because she is also a first-time mum