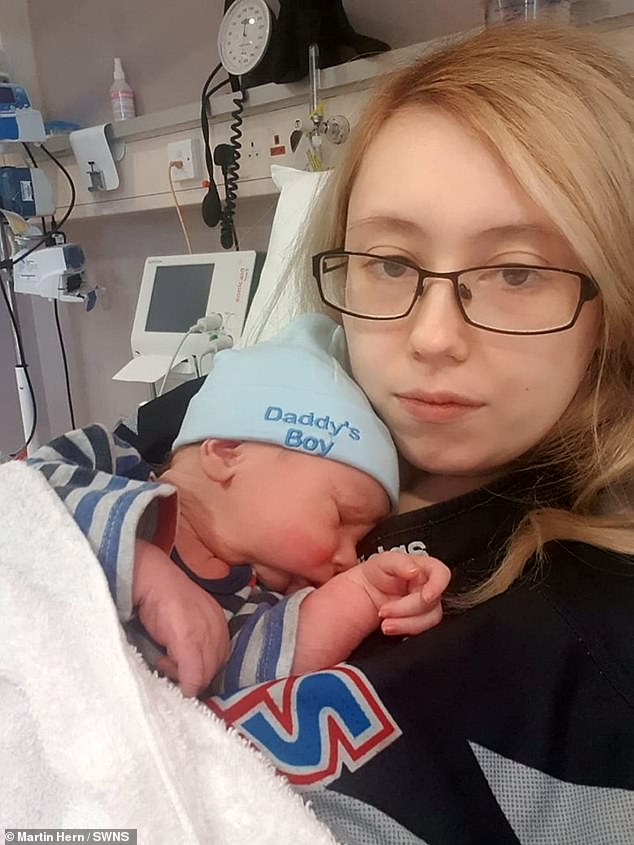 A woman who assumed she was gaining weight because she was eating too many snacks during lockdown is celebrating the birth of her beautiful baby boy – after discovering she was pregnant just an hour before he arrived.

Tasha Davies, 28, and her partner, Martin Hern, 29, from Wigan, Lancashire, were unaware that they were expecting a child until their healthy son Alexander Isaac Gohan Hern, arrived weighing 9lb 7oz on Tuesday 1 September at 7.30am.

Just over an hour earlier at 6am, the new mum had been admitted to Wigan Infirmary after suffering severe stomach pains during the previous night.

Tasha and Martin were both in shock to discover that she was experiencing the symptoms because she was in labour.

Tasha Davies, 28, is celebrating the birth of her son Alexander Isaac Gohan Hern (pictured), after discovering she was pregnant just one hour before his arrival 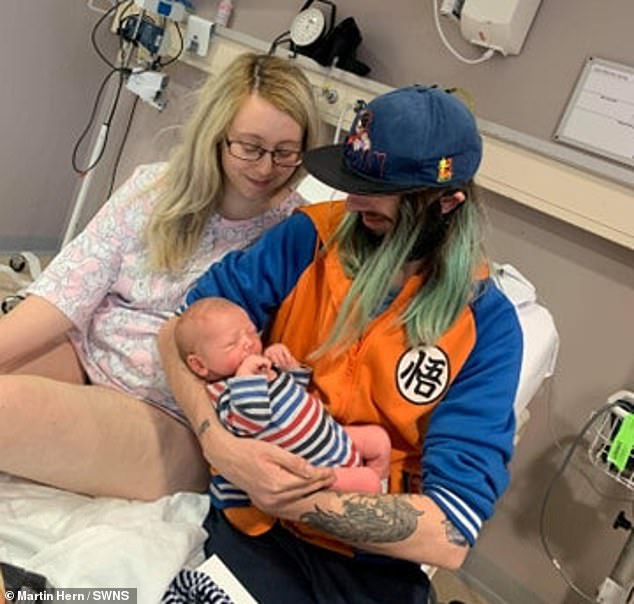 Tasha who has been in a relationship with Martin Hern, 29, (pictured) for three years, was admitted to Wigan Infirmary because of severe stomach pains

The couple who have been together for three years, were gobsmacked by their new arrival.

Tasha said: ‘It was just such a mixture of shock and surprise. I didn’t have any morning sickness and experienced no symptoms at all.

‘Right towards the very end, about 24 hours before he came, my belly became really bloated.

‘But by then I was getting severe stomach pains and hadn’t passed water for 24 hours so we thought there was something really wrong.

‘It was really scary – about 3am the night before I started hyperventilating and that’s when the pain really kicked in.

‘I think that’s when the contractions started but, of course, we didn’t know.’

Tasha added: ‘When we arrived at the hospital, the nurses asked about whether I could be pregnant and I said no. 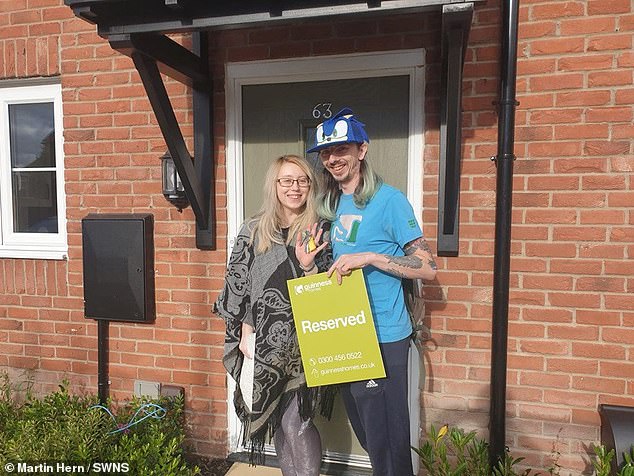 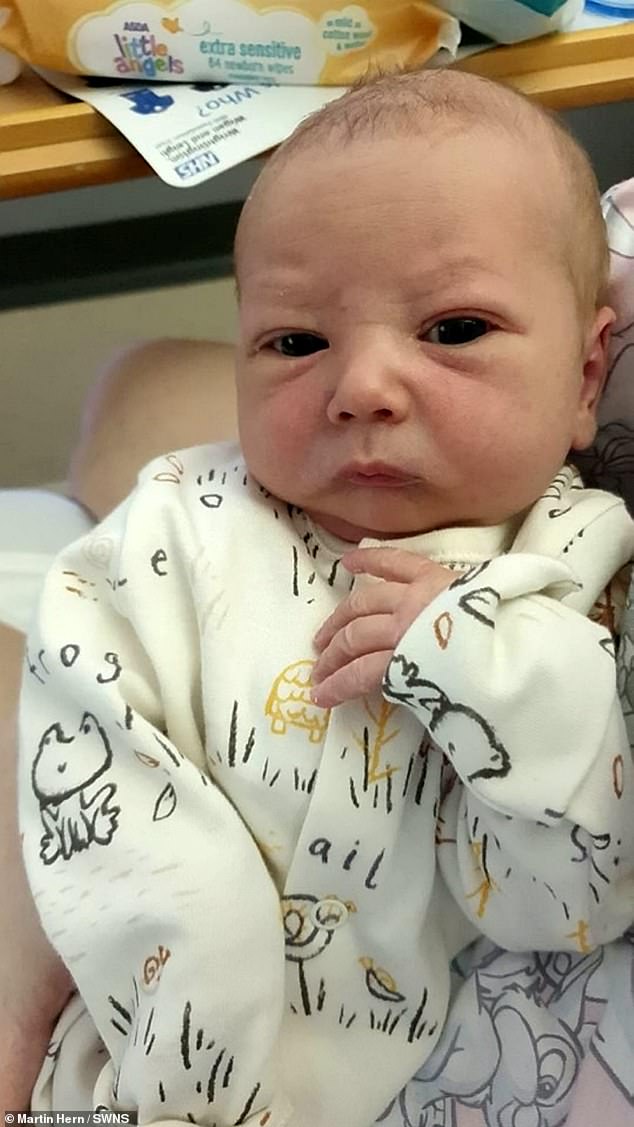 Tasha told nurses at the hospital that her stomach pains couldn’t be due to pregnancy, having continued to experience periods throughout. Pictured: Newborn, Alexander Isaac Gohan Hern

‘But then they said they were going to do a test and the possibility started to sink in.

‘We were just in absolute shock when he arrived.’

Tasha and Martin had bought a new house on Friday 28 August, but little did they know they would be bringing home a newborn a few days later.

Martin has spent the past few days rushing around to get all of the essentials while he waits for mother and baby to come from hospital, later this afternoon.

Martin said: ‘I honestly didn’t know what to think when we went to the hospital.

‘Tasha was seen by a triage nurse and wheeled away to be treated, and I waited in a corridor. 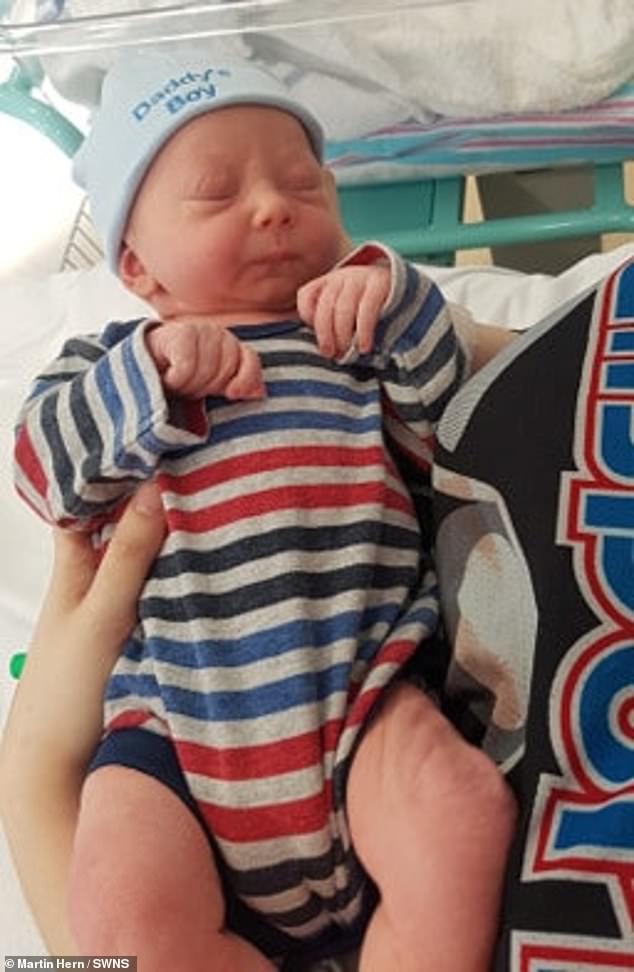 Martin who has been rushing around to buy essentials for Alexander (pictured), said finding out they were having a baby was surreal

‘Fifteen minutes later a nurse came, shouted my name and said Tasha had gone into labour and they were taking her to the delivery suite.

‘It was so surreal. I went to bed that night thinking I was going to pick up a washer-dryer. Instead I was going to the hospital to find out I was having a baby boy.’

He added: ‘I’ve been rushing around everywhere to buy things – I’ve got a Moses basket, clothes, nappies, the works.

‘The hospital has given us all the packs of information we should have got throughout the nine months – we’ve got a lot of reading to do.’

During the 41 weeks she was pregnant, Tasha, a paralegal, had no idea she was carrying a baby boy and had continued having periods. 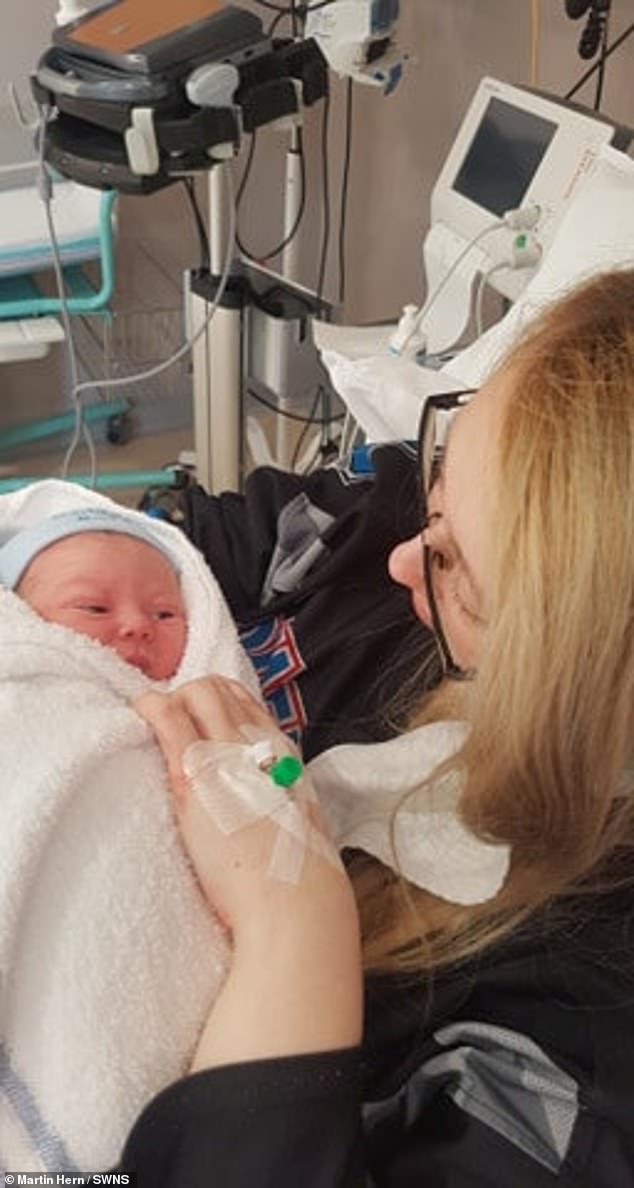 She also put her weight gain down to coronavirus lockdown snacking.

She said: ‘I’ve been working really long hours from home during lockdown, have been snacking a lot and haven’t been going to the gym or doing any real exercise at all.

‘I just put the extra weight down to that.’

Tasha was due to return to work as a paralegal on Tuesday after being on annual leave, but instead Martin called to tell her colleagues she had become a mum.

Speaking of the new mum, he said: ‘Tasha has been brilliant. She’s taken to it so well – she’s absolutely great with him.

‘I can’t wait to get them home now – she wants to be out of hospital and we can’t wait to start our lives as a new, little family of three.’ 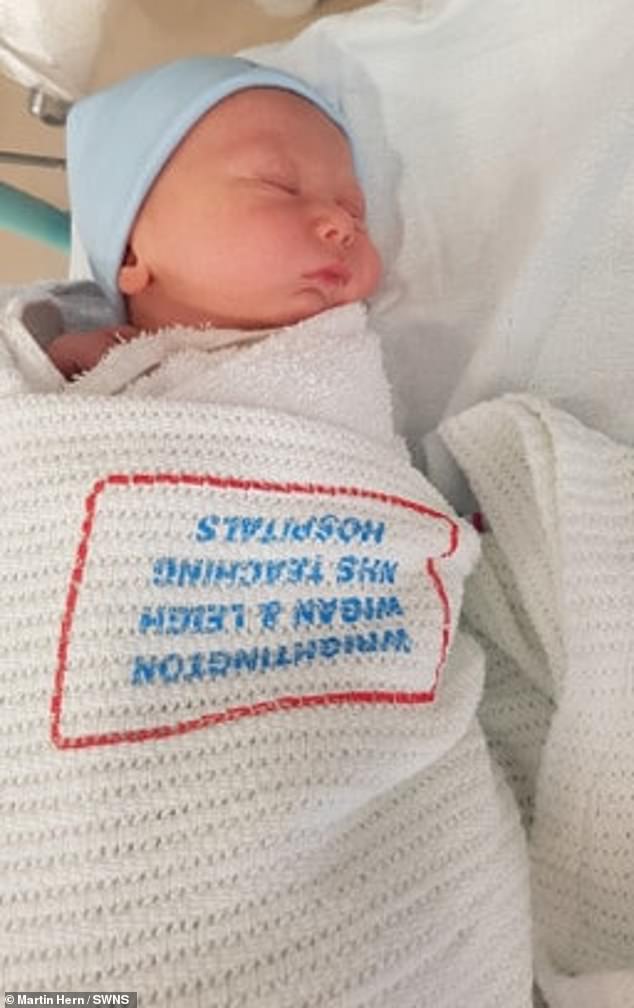 Tasha who is a paralegal was due to return to work on Tuesday, however Martin had to inform her employers that she’s become a mother. Pictured: Newborn, Alexander 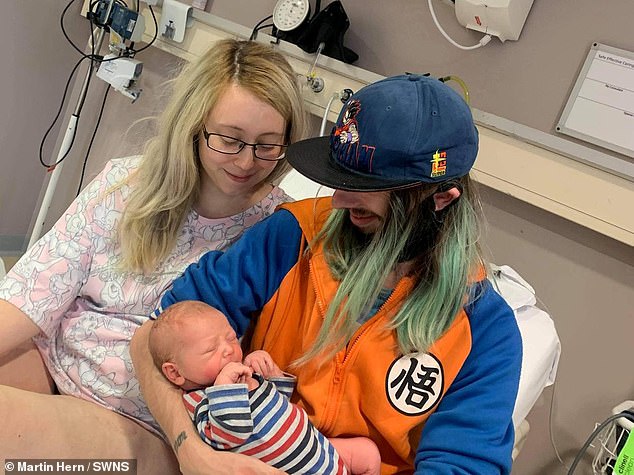 Martin said he’s looking forward to starting their new lives as a family of three, with Tasha and Alexander (pictured) expected to leave hospital today