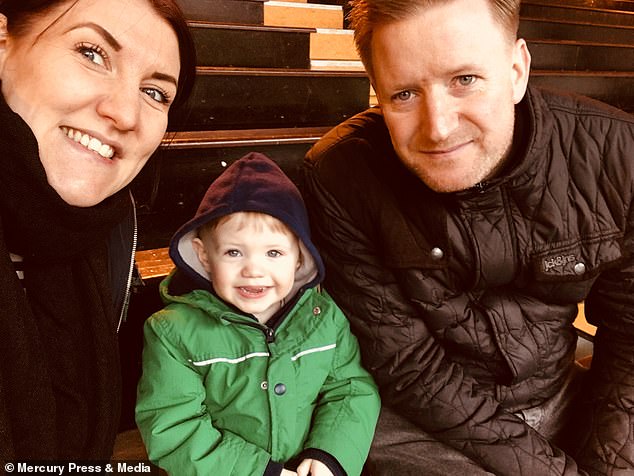 A toddler aged three died suddenly in his sleep after suffering from seizures and developing an ‘extraordinarily rare’ brain condition, an inquest heard.

Frankie Grogan was found unresponsive in his bed at his family home in Timperley on May 19, 2019.

His parents Sarah and James Grogan said he seemed ‘out of sorts’ in the hours leading up to his death after he woke up in the night for a drink and felt warm.

So they gave him medicine and checked on him while he was sleeping, but woke up the next morning to find him ‘blue’ in his bed.

He tragically died less than an hour later. Frankie had suffered with febrile seizures in his early years but had not had a fit for five months leading up to his death.

After he died, doctors found that he had developed an ‘extraordinarily rare’ brain condition hippocampal malformation – a condition associated with sudden death.

On Thursday (September 3), an inquest into Frankie’s death held at Stockport Coroners Court heard how the toddler had suffered with convulsions since shortly before his first birthday. 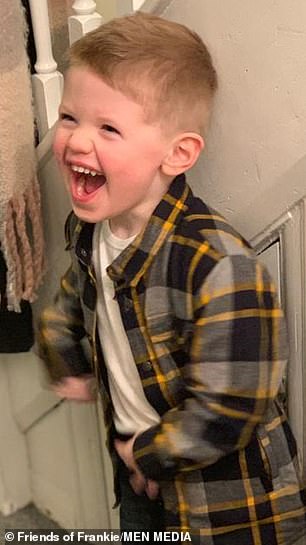 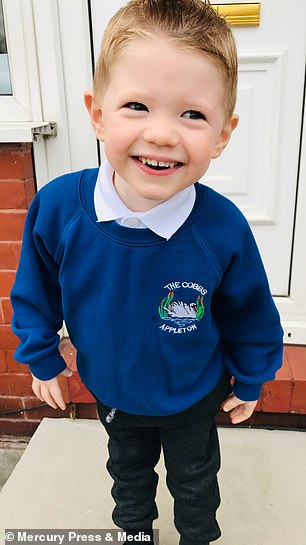 Frankie had suffered with febrile seizures in his early years but had not had a fit for five months leading up to his death.

But his mum Sarah Grogan told the hearing how despite this, he had ‘thrived’ as a child.

‘He was born three weeks early but was healthy’, Mrs Grogan said.

‘At about seven months he started with a childminder and he settled in straight away.

‘He hit all the milestones in his life even though I am biased as a mum.’

Mrs Grogan said Frankie had his first seizure just before he turned one and was taken to Wythenshawe Hospital where he underwent tests.

Doctors said that he had a febrile convulsion and allowed him to go home.

He went on to have several more seizures in 2017 and in 2018, triggered by a high temperature caused by viral infections such tonsillitis or ear infections.

‘We were told with the seizures that the majority of children could grow out of them.

‘He had a seizure in December 2018 then around two weeks later in January. Then the next was five months later which is suspected when he died.’

Recalling the night before his death, Frankie’s mum said he seemed to be ‘out of sorts’ and ‘did not really seem himself’.

His parents took his temperature which showed he was ‘warm’ but ‘just above normal’ for him, so they gave him Nurofen and eventually put him to bed. 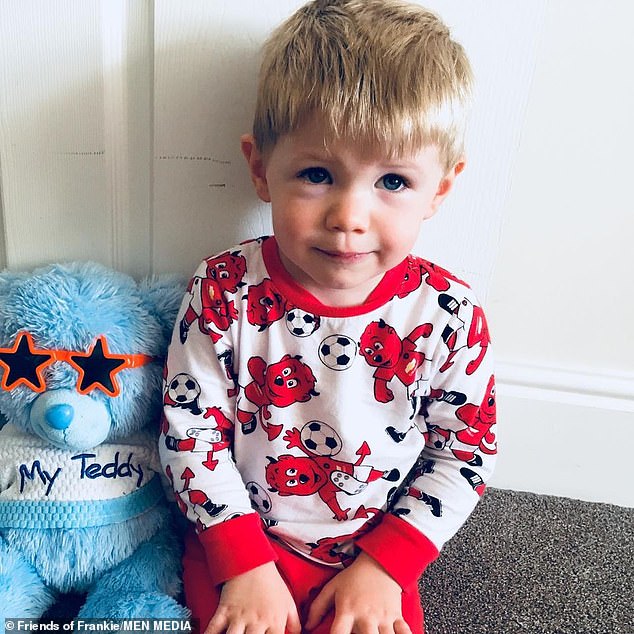 ‘As a parent I just knew that he was not 100 per cent. Me and James were just going in and checking on him. He had a little fan in his bedroom to keep him cool.’

Frankie then woke up at 4.30am and asked his parents for a drink. ‘He felt warm so I gave him Calpol and a drink of water and put him back to bed’, his mum added.

‘James was meant to be running the Manchester 10K the next day. Frankie was excited about that so I told him we’ve got to go to sleep. 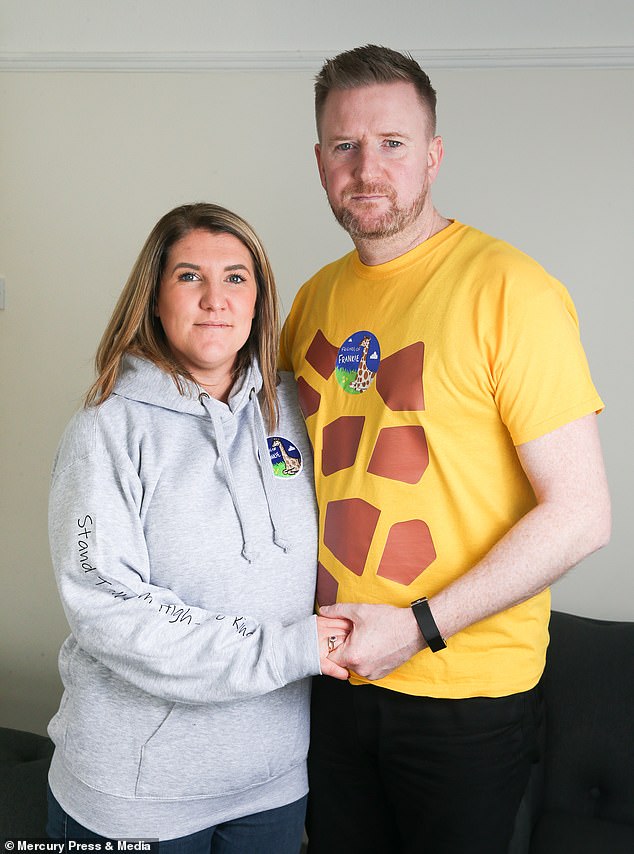 ‘James had set an alarm for about 7am but it was odd that the alarm had gone off before Frankie had woken up so he went to see him and found him.’

Frankie’s dad found him unresponsive and ‘blue’ in his bed. His mum gave him CPR on the landing before paramedics arrived and attempted to resuscitate him.

He was rushed to Wythenshawe Hospital in cardiac arrest where he sadly died less than an hour later despite the best efforts of medics. 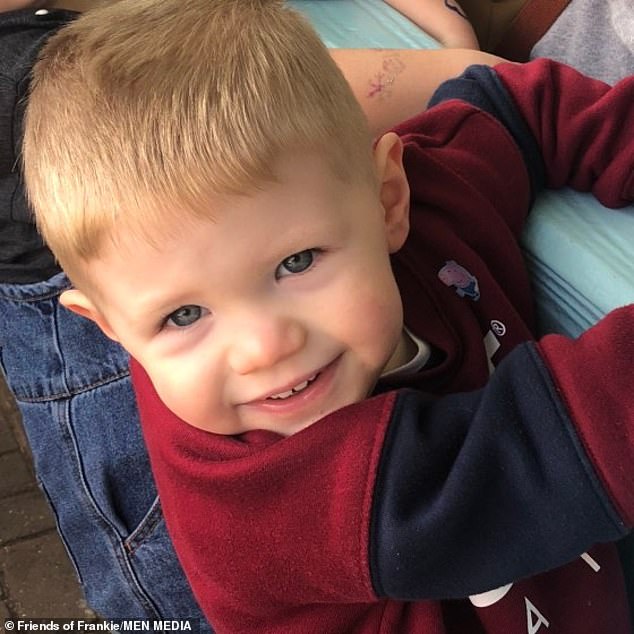 Paediatric consultant Lapkong Yeung, who was involved in Frankie’s treatment for his seizures, told the inquest he was ‘shocked’ after reading the post-mortem report and ‘had not heard’ of the condition before.

Mr Yeung, who works at Wythenshawe Hospital, said: ‘It is not capable to diagnose this condition in life that I am aware of.

‘I discussed this with my colleagues after receiving the report and none of us had heard about it before. And there are over 100 years of experience between us’.

Recording a conclusion of death by natural causes, coroner Chris Morris said: ‘For all intents and purposes Frankie was a healthy and happy little boy.

‘I can certainly see the steps that were taken by his parents to try and monitor and manage the seizures that Frankie had very carefully. 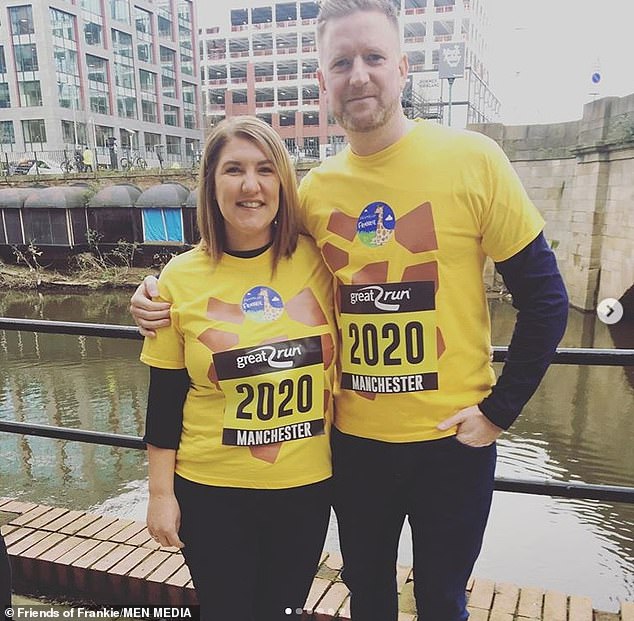 ‘Frankie was seen as an outpatient and at the time, there was no knowledge of the hippocampal malformation.

‘This was not something that was easily identifiable.’

Mr and Mrs Grogan have now set ‘Friends of Frankie’ to raise funds for Sudden Unexplained Death in Childhood UK, a charity which conducts research into sudden death syndrome.