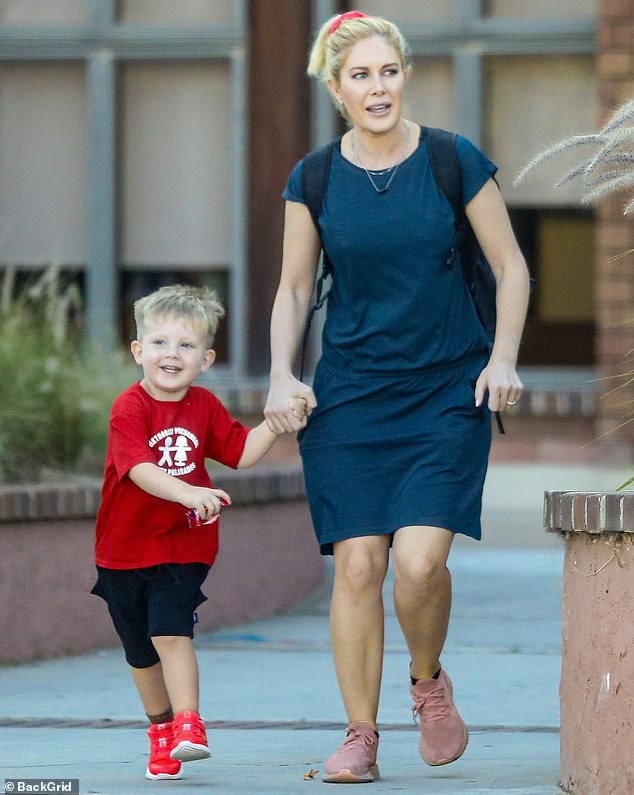 Heidi Montag looked like quite the doting mother on Thursday.

The Hills: New Beginnings star was seen in the Pacific Palisades neighborhood of Los Angeles with her only son Gunner Stone, three, who she shares with fellow reality star husband Spencer Pratt.

The 33-year-old and her boy were seen leaving a private karate lesson as they hustled back to their car.

Mom mode: Heidi Montag, 33, and her toddler Gunner stone, 3, were seen out and about in the upscale neighborhood of Pacific Palisades after a private karate lesson on Thursday

Heidi was in full mom mode for the outing as she grasped her cheerful little boy’s hand before picking him up in her arms.

She opted for a comfortable day look, wearing a casual blue cotton dress and a pair of pink sneakers.

The blonde wore her platinum locks up in a high ponytail adorned with a red scrunchie, and carried a black Gucci backpack.

The reality star dressed Gunner in red Nike’s and a matching t-shirt with a pair of black shorts as the tyke put on an animated display. 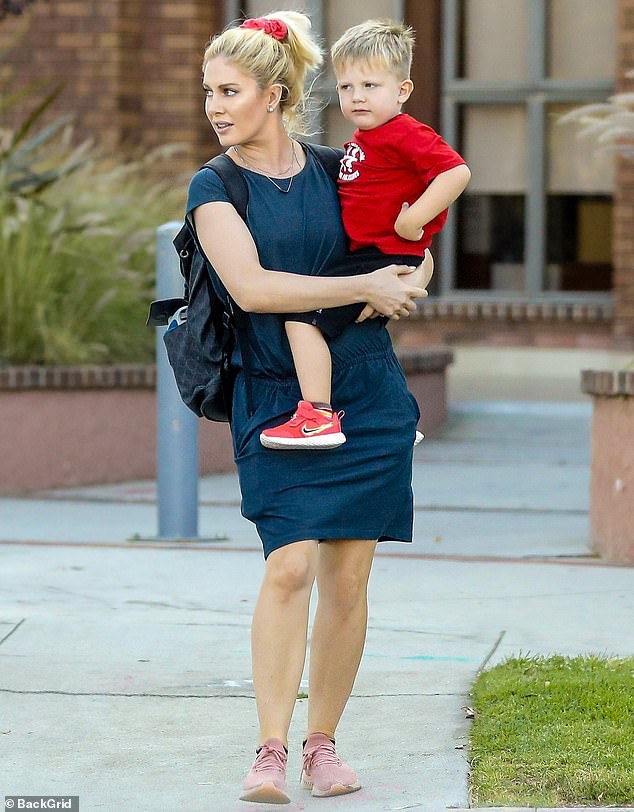 Karate kid: Gunner put on an animated display as mother Heidi Pratt carried him to their vehicle after his karate lesson 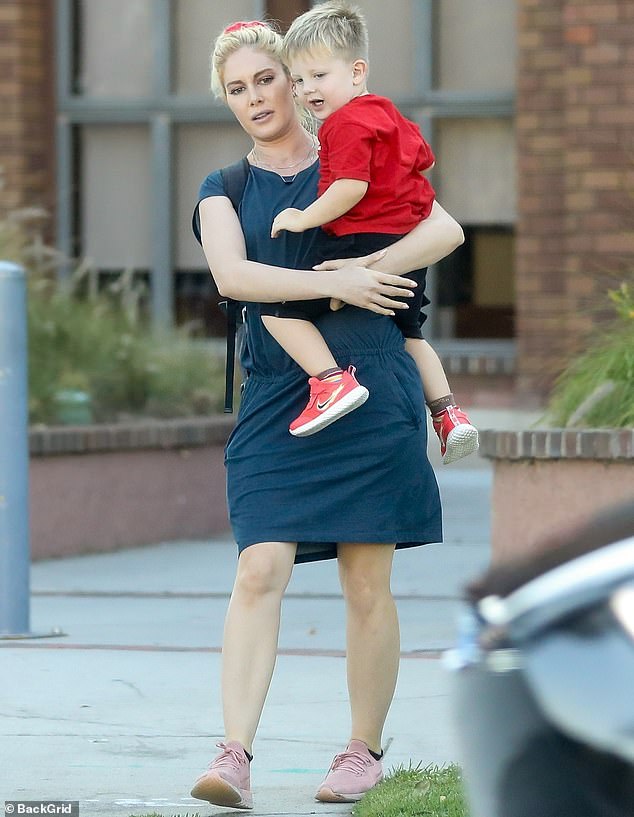 Growing boy: ‘Nothing feels better than holding my little boy,’ said Heidi. As her son approaches three-years-old, the mom of one is relishing her time with her small boy

Noticeably absent were face coverings, though it did not appear as if anyone else was around.

Like most families with young kids, Heidi and her husband Spencer have been spending a lot of time taking care of their toddler in quarantine.

With the fate of schools and extracurricular activities still being relatively unknown, Spencer and Heidi have been mostly left to their own devices when it comes to entertainment.

‘It’s been so restricting and hard for everyone including kids during this time. Any opportunity I have to get out and do something special or fun for Gunner it makes my day’ the reality star said on Instagram. 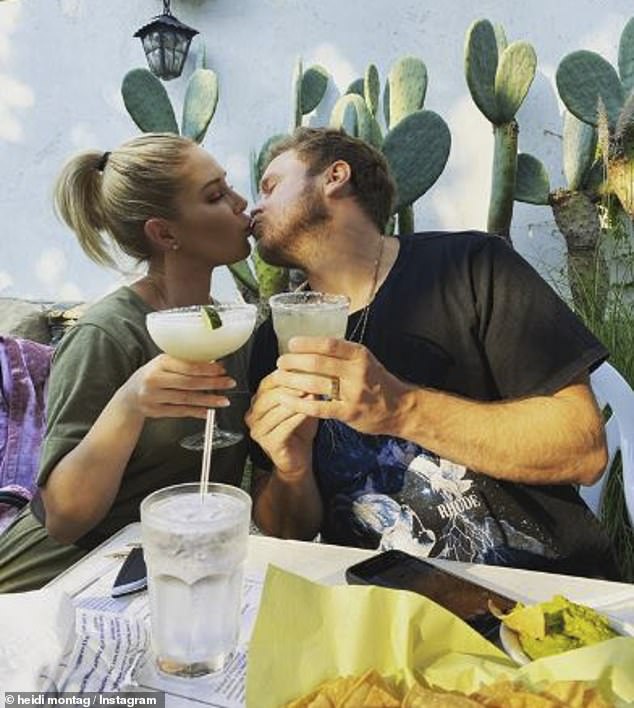 Young love: The reality tv couple first met on the first installment of  The Hills back in 2007. The producers of the hit MTV show decided to bring the smash show back for a reboot with a slightly revamped cast 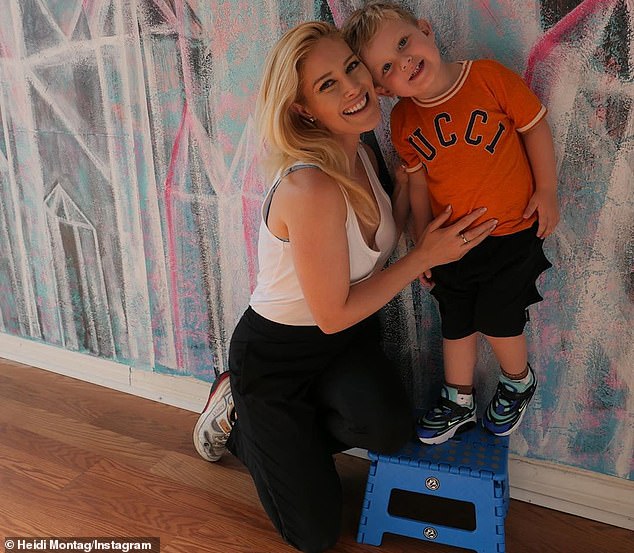 Mama bear: Any opportunity I have to get out and do something special or fun for Gunner it makes my day’ said Heidi, speaking about time in quarantine with her toddler

Heidi and Spencer are gearing for season two of The Hills: New Beginnings as production is reportedly due to start sometime in October.

Producers of the upcoming season of the hit MTV show are currently flirting with the idea of keeping the cast under one roof for the shooting season which would last a few months.

Though not confirmed, the idea to keep the cast in close quarters would liken the show to more of a Big Brother or Jersey Shore which is a different direction from the previous season.

The new format would help with ease of production and would set the stage for added drama but with several cast members like Heidi and Spencer having young kids at home, it seems like a longshot. 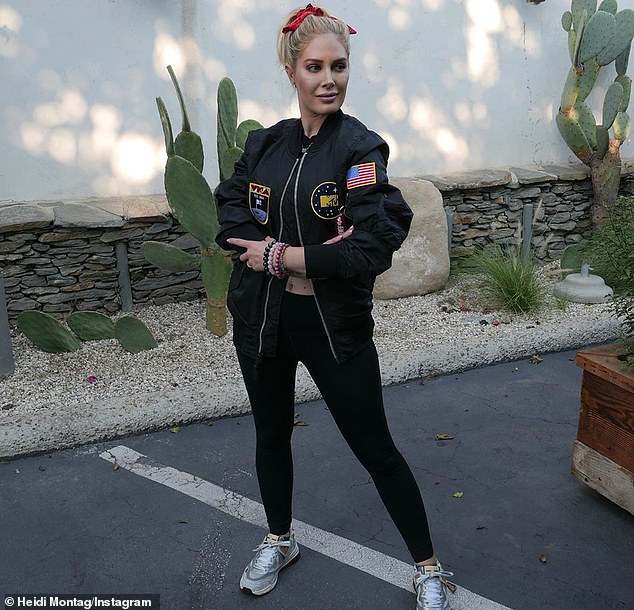 MTV made: Heidi rose to fame on The Hills in 2006. The Los Angeles based production was an offshoot of the smash hit Laguna Beach; seen this summer on Instagram