Molly Sims says going from 'skinny, successful' model to being 204lbs and pregnant was 'a low' - healthyfrog Skip to content 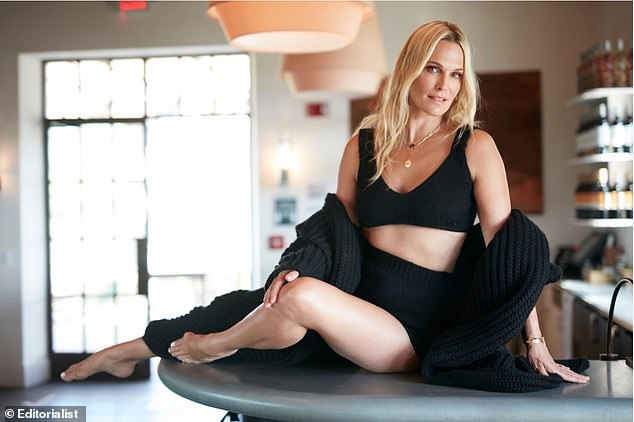 Molly Sims says her first pregnancy was a low-point for her and her struggles with body image.

The 47-year-old model/actress-turned-lifestyle guru admitted it was hard for her to adjust to the major changes in her body when she was pregnant with her first child, opening up about her health, personal life, and more in an intimate new profile for Editorialist.

In the piece, Molly said going from a ‘skinny, successful, Victoria Secret model to 9 months later [weighing] 204 lbs’ was extremely hard on her mentally.

Body conscious: Molly Sims talked about her body struggles, experience with IVF, relationship and more in an intimate new profile for Editorialist

‘I have always had body dysmorphia,’ the 5foot10 talent went on, referring to a  mental fixation involving obsessive focus on a perceived flaw in appearance. ‘But that really was a definite low for me.’

She later found out that a thyroid condition had played a huge role in her complications during pregnancy.

Family was always in the cards for Molly, but it wasn’t until establishing her career that she really realized it was time.

But something inside her clicked when her character on the mid-2000s NBC show Las Vegas became pregnant.

‘I had always wanted a family,’ Sims told Editorialist. ‘I just knew I didn’t want to get married young. My mom always reminded me that you have so much life to live.’

Molly decided to take charge of her family plans, seeking out the advice of an IVF specialist around 2010. 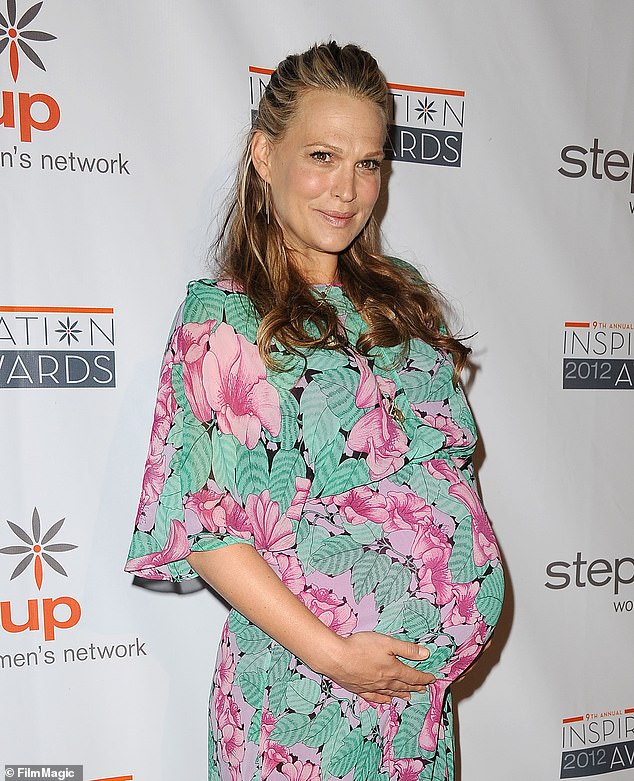 Difficult: In the piece, Sims said going from a ‘skinny, successful, Victoria Secret model to 9 months later [weighing] 204 lbs’ was extremely hard on her mentally. She’s seen right before her son Brook’s birth in June 2012 above, still looking glam as ever 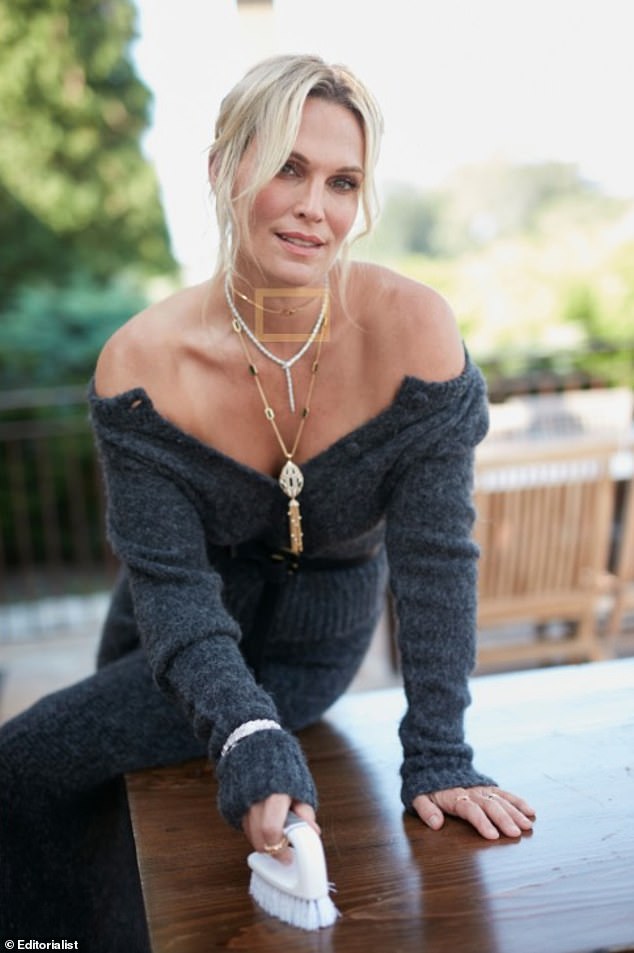 Lows: ‘I have always had body dysmorphia,’ the 5foot10 talent went on, referring to a mental fixation involving obsessive focus on a perceived flaw in appearance. ‘But that really was a definite low for me’

‘This was ten years ago,’ she says of the initial meeting. ‘He suggested I freeze my embryos.’

But without any sperm, they were only halfway there.

‘I remember, he turned to his computer and said, “We can find you sperm right here and now!” I said “thank you, but I think I’m going to be ok.’

It took a bit of time, however, as Molly admitted: ‘I didn’t speak to him for a year.”

Things started to fall into place when she began her romance with now-husband-of-nine-years, Netflix exec Scott Stuber.

Molly and Scott knew each other in passing, but their connection stood out for the starlet.

Sims said that the pair ‘had known for a while and thought was really good-looking’ but it wasn’t until an encounter at a Golden Globes party that she realized there was a spark. 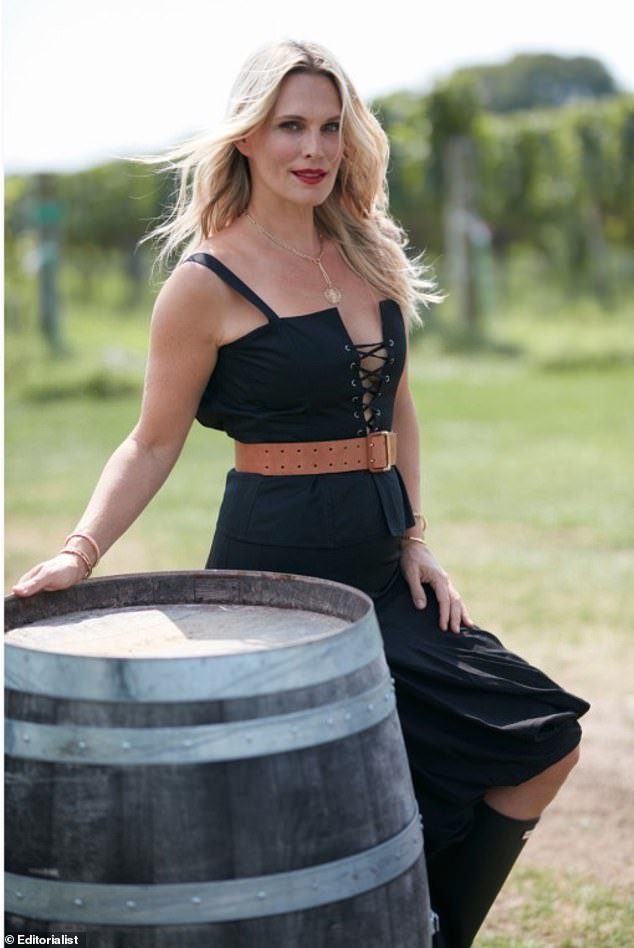 Fertility journey: Molly made the decision to freeze embryos after playing a pregnant character on her hit TV show Las Vegas, which was on from 2003 to 2008

‘I looked incredible, I was in a freaking ball gown,’ she said, ‘But we got there and I was like I just can’t do this tonight. I just could not do, you know, that whole Hollywood bulls**ting thing, so I got up and left.’

She ran into Scott outside and when then began to chat, Molly let her guard down.

‘So we were standing there talking and he asked me how I was doing, and I just said, “you know, not really that good actually.” I don’t know what possessed me, to blurt out honesty in Hollywood at that moment, but I did.’

It was easy for Scott to relate, explained Molly, who called Stuber a ‘good politician’ because of his diplomatic and inviting personality.

‘He makes everyone feel great and he’ll never really say that something is wrong, but for whatever reason that night when I asked him how he was doing, he was just like “eh, you know, it’s alright.” 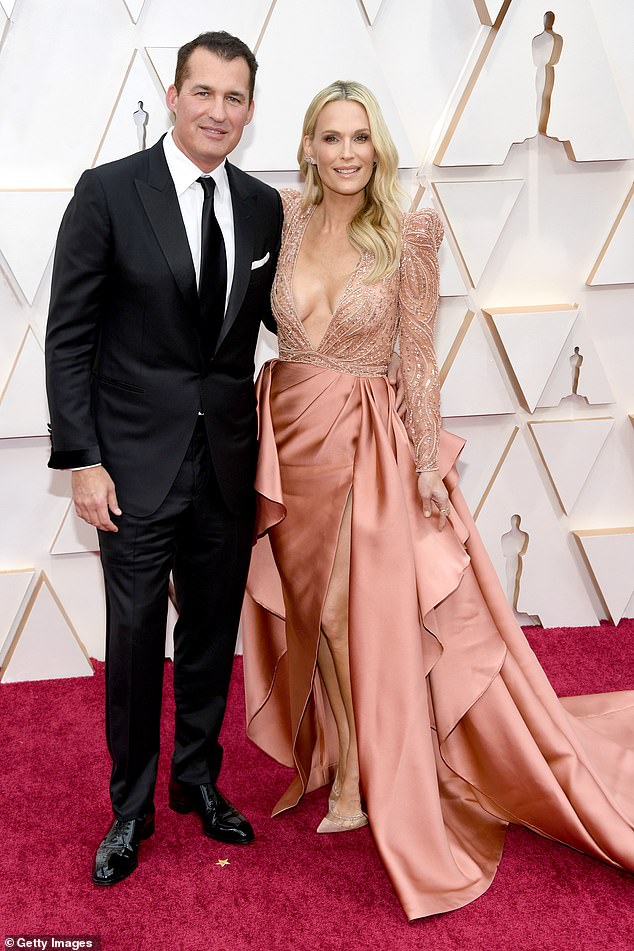 The right time: Molly explained her decision to wait until later in life to have kids and get married. She’s seen with husband Scott Stuber at the 2020 Academy Awards above 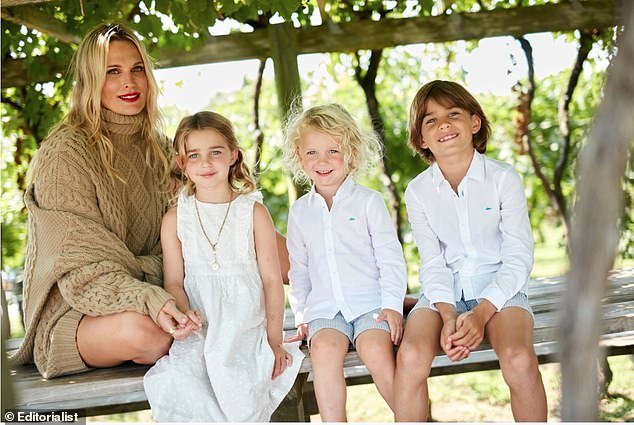 Molly knew she trusted Stuber, so suggested they connect professionally.

‘Of course, I’m such a straight-shooter, that after talking for a bit about the different projects that we were working on, I just told him to “Call my agent” because I would love to come in on some of the things he was working on or whatever. And I left.’

It wasn’t until a year later – and Stuber’s first divorce – that the pair went on a date.

Still, it took Molly a bit of convincing as she ‘ended up dating a few guys and then got dumped a few more times’ in between.

‘I had always thought about Scott throughout that time,’ Sims admitted, ‘But I just didn’t think we should date. So finally, when he asked me to dinner I said “OK, fine.”

‘We’ll go to dinner, but we have to go where no one will see us because he was just such a big producer at the time and I just didn’t want that kind of attention being put on my dating life.’

But there was no turning back for the pair, who were together from that day on.

‘We went to dinner and that was just it,’ she said. ‘From that dinner on, we’ve been together.’ 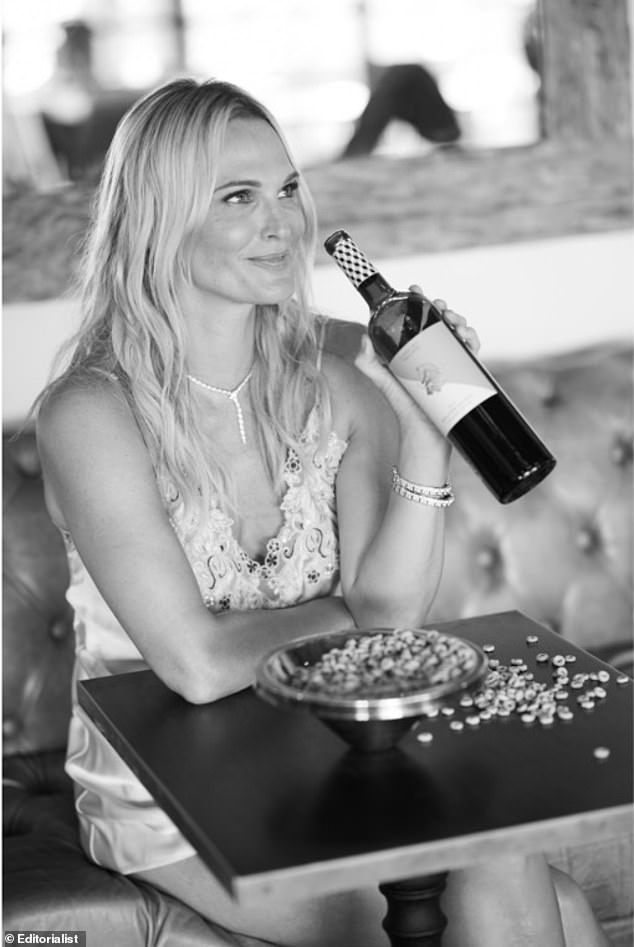 Bold: Sims talked about how she asked Scott to help her freeze embryos when they were still just boyfriend and girlfriend, admitting to told herself ‘If he dumps me, then he dumps me’

As they dated, Molly continued to consider freezing embryos. She eventually decided to ask Stuber, then still her boyfriend, to help the process.

The couple froze their embryos in January and got engaged in May. They now have three children: Brooks, eight, Scarlett, five, and Grey, three.

And while Molly loves being a mom, she’s the first to admit it’s a ‘full-time job’ she does all on top of her job overseeing and creating content for her lifestyle website.

‘Parenting three children within five years is a full-time job,’ she said. ‘All they want is you. In all honesty, my focus on social media and the Molly Sims website is really just a pathway to stay home. I made a deal with my husband when we first got married that we both can’t be on the road traveling in different directions.’

She went on: ‘Even with help [with the children] at the end of the day, they still want you. But, I do worry about the [privilege of extra help] every day. If you want to know something- I will not raise a d**che-y kid.’ 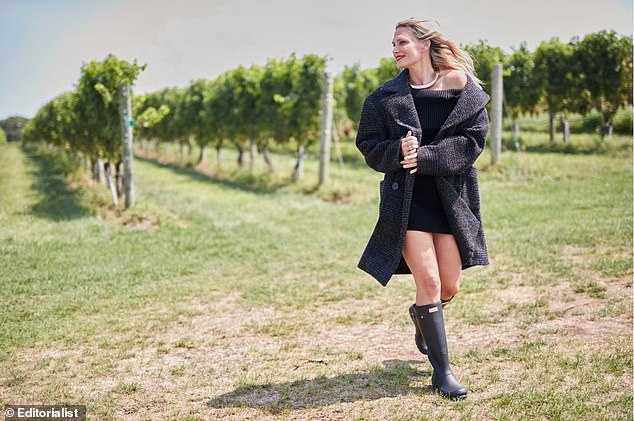 Doing it all: While Molly loves being a mom, she’s the first to admit it’s a ‘full-time job’ she does all on top of her job overseeing and creating content for her lifestyle website