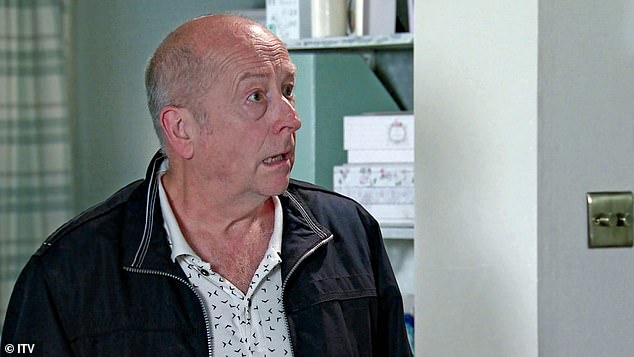 As the soaps return to regular episodes, it’s interesting to observe changes that have taken place among the casts while absent.

Was there a Soapland Boot Camp we didn’t know about?

In the Secrets From The Square shows, viewers have been shocked to see Adam Woodyatt’s recent weight loss.

Having played Eastenders’ Ian Beale since day one in 1985, inevitably there have been different incarnations along the way, but he looks completely transformed – and terrific.

Following a bout of food poisoning he embarked on a health and fitness regime and returned to the show 10st lighter – yet not one character commented on it.

Ian Bartholomew, who plays Geoff, appears to have shed a few pounds too, another weight loss that’s gone unnoticed by the usually nosy and judgmental Street folk.

Maybe weight is too sensitive an issue, unlike beards. Sally commented on Dev’s beard, which he acquired during lockdown, and surely the forestry that is now Billy’s face makes him frontrunner to play Santa come Christmas.

Albeit at a social distance.

There was a moment when Geoff briefly redeemed himself last week – applying for a licence so that Speed Daal could sell alcohol (At last! Welcome to the 21st century), then getting it delivered (a tad premature, Geoff – it can take weeks to be approved).

Having heard about the CCTV camera he set up, Sally wastes no time in gaining access to Geoff’s laptop and the footage he thought he had deleted (I told you months ago! It will all be in the Cloud!).

Is the game finally up for Geoff when the police call to say that new evidence has come to light and take him in for questioning? 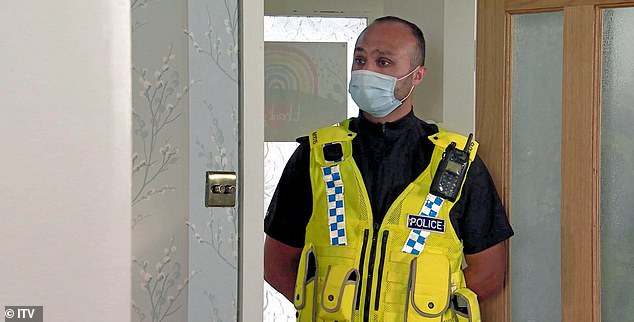 Police call to say that new evidence has come to light. Will they take Geoff in for questioning?

When Tim discovers that Elaine really seems to be missing, the penny finally drops about his dad.

In financial news, a worried Dev has to sell the kebab shop. No surprises there; I think they’ve sold three kebabs since Christmas.

When staff outnumber sales by three to one, you’re in trouble. Goodness knows why; everyone is still ignoring the nearby Co-op and buying local – even for granola, as Sally did on Wednesday.

Blimey, she’s come a long way since feeding those kids on fish fingers and baked beans every night.

And we’re back. The first soap to run out of episodes has returned as if it’s never been away, and we can forget the dramas of yesteryear and return to the present, where the investigation into the boat crash is at an end.

How long ago that seems; even the sinking of the Titanic feels like a more recent event.

The Queen Vic bust is back in its rightful place and brings bad memories flooding back (Geddit? Flooding? Boat?) for Sharon, who asks Ian if Denny’s things have been returned. 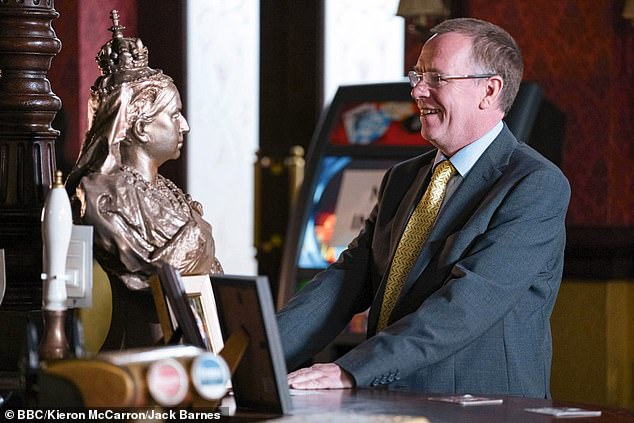 In Eastenders, Ian comes to an arrangement with Dotty to drop the charges following her arrest

Blindsided with guilt again, he comes to an arrangement with Dotty to drop the charges following her arrest at the club in return for her silence about Denny.

Red. Rag. Bull. Getting anyone to keep quiet about anything in Walford is about as likely as Meghan Markle taking a vow of silence and, sure enough, Dotty storms into the Vic, telling Sharon that Ian is the reason Denny died.

Oh dear. I can’t wait to see Sharon’s false eyelashes when she hears this.

Let’s hope she took them off during lockdown, or the Forestry Commission might have to be brought in to hack through to her tears.

How is Ian going to get out of this, and how will it affect his increasingly deep feelings for his long-time friend?

With Linda working at the launderette, Mick is job-hunting. I’m suggesting he become a hand model.

There can be only one reason for the disproportionately high number of gun-related stories in this village compared to gun crime nationally: the show’s props department has run out of money. 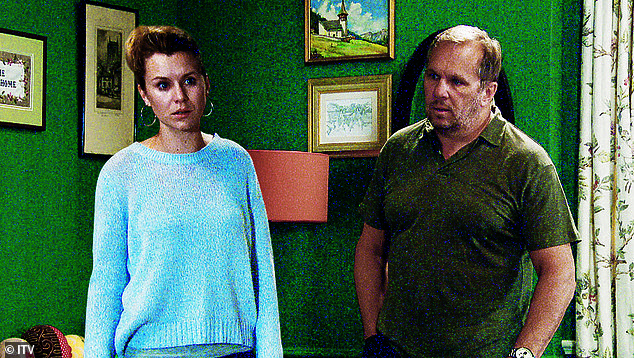 In Emmerdale this week, Will (pictured with Dawn), paranoid that Malone is lurking, picks up a gun from a friend for self-defence

Is it the same gun every time? This week, Will, paranoid that Malone is lurking, picks up a gun from a friend for self-defence.

Dawn is not happy and reminds him what happened last time he brought a weapon into the house.

Then, suddenly Dawn’s confessing all and revealing to Will (pictured) that she shot and killed Malone. Please, someone write a cheque for those props people.