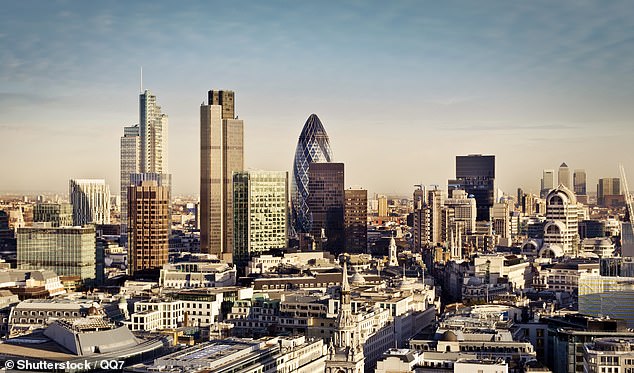 Hong Kong citizens are coming to the rescue of the London property market – and they are coming here to live, not just to buy properties as an investment.

The reasons are obvious. Since the crackdown on dissent by China and the British Government’s response of offering a path to UK citizenship, the case for coming has become much stronger.

Thus Chestertons, the upmarket estate agent, not only reported that enquiries from Hong Kong had doubled in recent weeks, it said people wanted to look at family homes in smart suburbs such as Putney, in South-West London, rather than apartments in Canary Wharf.

London: The largest community of professional non-nationals in the world live within the M25

The key point here is that the UK remains a magnet for talent. If you are a reasonably well-to-do family facing an uncertain political situation in your home country, where do you go?

The US will always be a lure, but there are complications for non-Americans, including taxation. There is Canada, and also Australia, both very attractive, and many Hong Kong people have emigrated there.

There is Continental Europe, but on the Continent there are cultural and language barriers.

So if you are looking for a combination of business opportunities and somewhere safe to bring up a family, there is a powerful case for the UK in general and London in particular.

The largest community of professional non-nationals in the world live within the M25. Maybe it is not a bad idea to join them.

There is a powerful message here for post-Brexit Britain. It is that the country’s future lies in looking outwards to the 83 per cent of the world economy that is outside Europe, not the 17 per cent that is within it.

I don’t think there is much point in trying to predict the outcome of the trade negotiations with the EU. On a one or two-year view, of course, the outcome does matter.

One area where we are making a mess is air travel

But whatever the disruption in the coming months, in ten years’ time all this will be a blip.

What will matter is how the UK builds its trade and financial relations beyond Europe, including remaining a magnet for talented people and successful businesses.

We may make a mess of this. There is one area where we are doing so right now: air travel.

All the fuss is about holiday flights to Europe, not the routes that matter most to the economy. Our biggest export market is the US, though the EU as a whole remains larger for the time being. The US is the largest investor in the UK.

You can only be a hub for the world economy if people can come and go from any part of that world economy. There are many aspects to global competition. They include tax, of course, and it is intriguing to see that Italy now has a special sweetheart deal for rich foreigners.

They can move there, pay a flat rate of annual income tax of €100,000 (£90,000) on all their non-Italian income and nothing more. Unsurprisingly, Britons are the largest group to have taken advantage of this.

But attracting people, or indeed businesses, is not just about tax. It is about the totality of what a country has to offer.

The UK clearly has many advantages, but we would be mad to be complacent. The Hong Kong story is an encouraging pointer to the UK’s place in the world, but it is only a pointer. We need to remain attractive to all talent, wherever it comes from, and we need to cherish home-grown talent too.

There is in markets a phenomenon called the Minsky Moment. It is named after the economist Hyman Minsky and it is when there is a sudden flip in market sentiment that leads to a subsequent collapse in values.

I am not saying that we are nearing one, but the drop in Apple shares last week should make us wary. The high-tech boom has made it the world’s most valuable company, the first to go through the $2trillion (£1.5trillion) mark, and for a brief moment last week it was worth more than all the companies on the FTSE 100 index. That cannot be right.

At some stage there will be downgrading of high-tech America, and an upgrading of  deeply unfashionable UK plc. But none of us can know when.