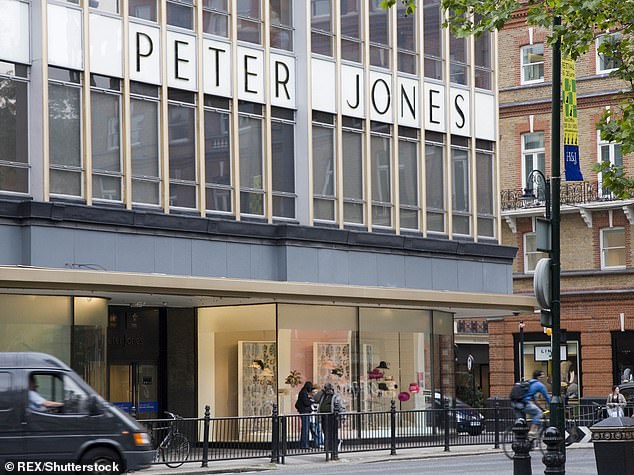 By Neil Craven for The Mail on Sunday

John Lewis is considering plans to open a Waitrose foodhall in its 143-year-old Peter Jones store on the King’s Road – potentially turning the entire ground floor into a supermarket.

The strategic review of the iconic London shop is part of a wider overhaul of John Lewis stores and website which is being driven by the recently arrived chair Sharon White.

The store is one of the oldest in the group and was founded by Peter Rees Jones, the son of a Carmarthenshire hat manufacturer, before being taken over by John Lewis early in the last century.

The Waitrose branded foodhall would be located on the lower ground floor, where household goods are currently sold.

The firm wants to find other uses for space in its giant stores as more goods are sold online.

Waitrose stores located in John Lewis outlets could also help to bring in more regular customers who might then browse around the rest of the building.

John Lewis has been hugely successful online where its far-sighted business planning and investment model placed it well ahead of rivals such as Debenhams and Marks & Spencer.

But along with many others it has failed to react to the accelerating decline of town centres that has left it struggling to make profits. The pandemic has also taken its toll.

John Lewis said its plans are under consideration but no decision has yet been made on whether to press ahead.