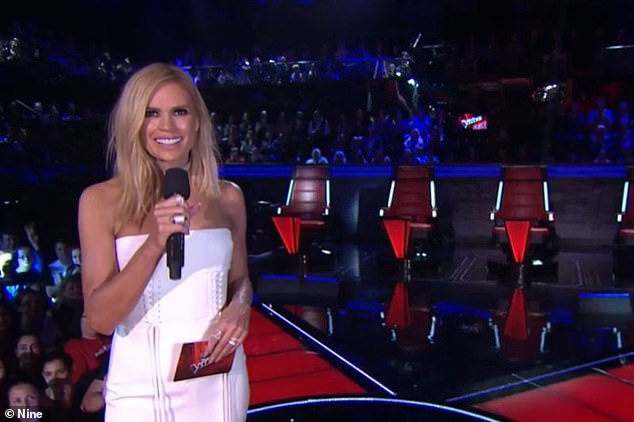 The Voice Australia will air on Seven for the first time next year, after Channel Nine chose not to renew its contract.

And rumours are swirling that returning host Sonia Kruger played a significant role in bringing the talent competition to a new network.

Sonia, 55, who hosted The Voice from 2015 to 2019 on Nine before jumping ship to Seven last year, was apparently one of the ‘masterminds’ behind the deal.

The mother of one, whose partner is Seven executive Craig McPherson, is said to be ‘calling the shots behind the scenes’, according to Woman’s Day.

She apparently had an inkling earlier this year that Nine wouldn’t renew its deal with The Voice, and urged Seven bosses to make an offer.

‘Nine never had any intention of re-signing The Voice and Sonia knew that,’ an industry source told the magazine. 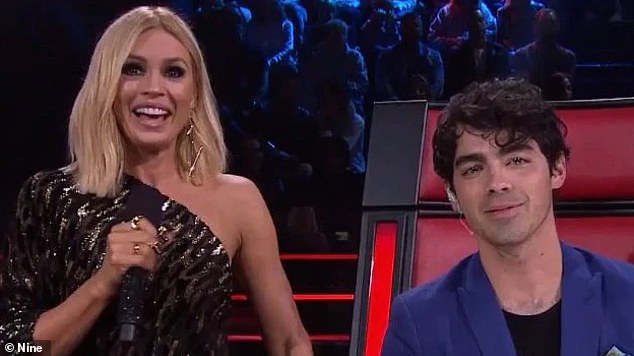 Not just a pretty face! Sonia, who hosted The Voice from 2015 to 2019 on Nine before jumping ship to Seven last year, was apparently one of the ‘masterminds’ behind the deal. Pictured with former Voice coach Joe Jonas in 2018

‘The top dogs realised it had run its course and she managed to talk Seven into picking it up… [Sonia] is the real boss.’

Meanwhile, New Idea is reporting that next year’s judging panel will not feature any international stars, and will instead consist solely of local talent.

‘Seven are going for local coaches only, which means no more Kelly Rowland or Boy George, or overseas celebrities Zooming in,’ a source told the publication.

With no visiting celebrities in 2021, Aussie stars like Jess Mauboy and The Veronicas’ Lisa and Jessica Origliasso are being considered for Seven’s new panel.

Another candidate is singer, actor and YouTube star Troye Sivan, who producers hope will attract a younger demographic.

Chanel Seven is yet to confirm what will happen to incumbent Aussie judges Guy Sebastian and Delta Goodrem.

It was reported last month that Nine had ‘failed to renew its contract’ for the 2021 season of The Voice, and Seven jumped on the licence ‘very quickly’.

Seven’s CEO, James Warburton, described the acquisition as ‘a coup’.

Warburton already has big changes in mind for the show, including cutting the number of episodes and having a tighter production schedule.

‘We have a whole new more efficient and cost-effective streamlined production and roll-out schedule which will concentrate the format over less episodes and shoot over a much shorter time frame,’ he said.

A Nine spokesperson said last month: ‘Unfortunately due to the age of the show and declining demographic profile, The Voice had become by far the poorest financial performer on our slate.

‘We wish Seven well in their quest to revive yet another Nine show.’

Darren McMullen and Renee Bargh, who presented the 2020 season, won’t be returning next year, having been replaced by Sonia.