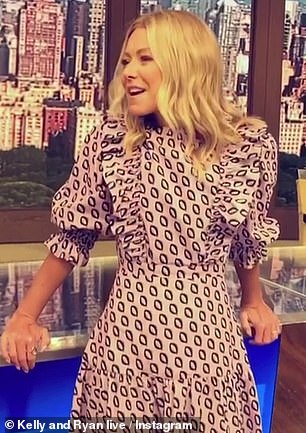 She’s been very vocal about her hair struggles under quarantine, previously showing off her roots while at home with husband Mark Consuelous.

But it appears Kelly Ripa got a welcome visit from the glam squad on Tuesday, as she showed off her new ‘do, while being back in the studio for Live with Kelly and Ryan.

‘I got my hair colored and styled and it felt incredible just to have it really done,’ the 49-year-old host said to Ryan Seacrest, as they both appeared back in the television studio in New York since they first went into lockdown. 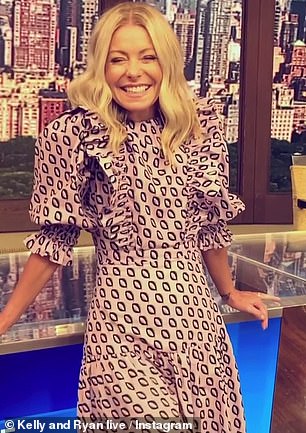 Happy to be back! Kelly Ripa was all smiles on Tuesday back in the Live studios for the first time since the pandemic and showing off her newly-dyed hair

Ryan, 45, got all excited when chatting about Kelly’s hair and wanted to know all the details of how she pulled it off under the current circumstances.

‘So we did the base coat. We did the foils. We did the hair dryer. The whole thing. It felt very safe,’ Kelly assured him.

‘What’s interesting is you’ve got your mask on and then you have to move the straps of the mask so you can get all of the – apparently my neck is very hairy,’ she added, laughing. 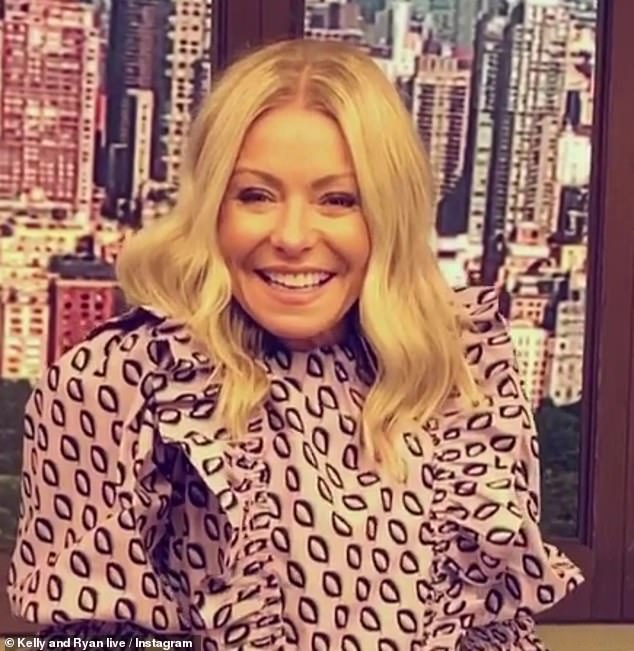 Back to her best: Kelly’s hair looks fabulous after going rogue for a few months

Things had got so bad for Kelly and her DIY glam routine that in April, she revealed she’d resorted to cutting her own hair with kitchen scissors.

Her husband Mark added nervously: ‘I didn’t say anything, but I was ready to jump in case you went across the bang.’ 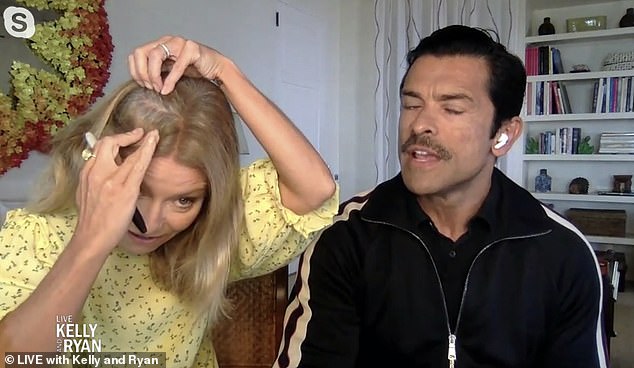 Fade to grey: Kelly points out where her grey roots are live on air back in April

The same week, the Live host posted a close-up of her slicked back locks to with the caption ‘#rootwatch week 5’.

Kelly also revealed that month that she had resorted to using color spray to keep her natural gray at bay while self-isolating at home with her family.

She has also admitted to using some of her 18-year-old daughter Lola’s clothes for her appearances on Live With Kelly And Ryan. 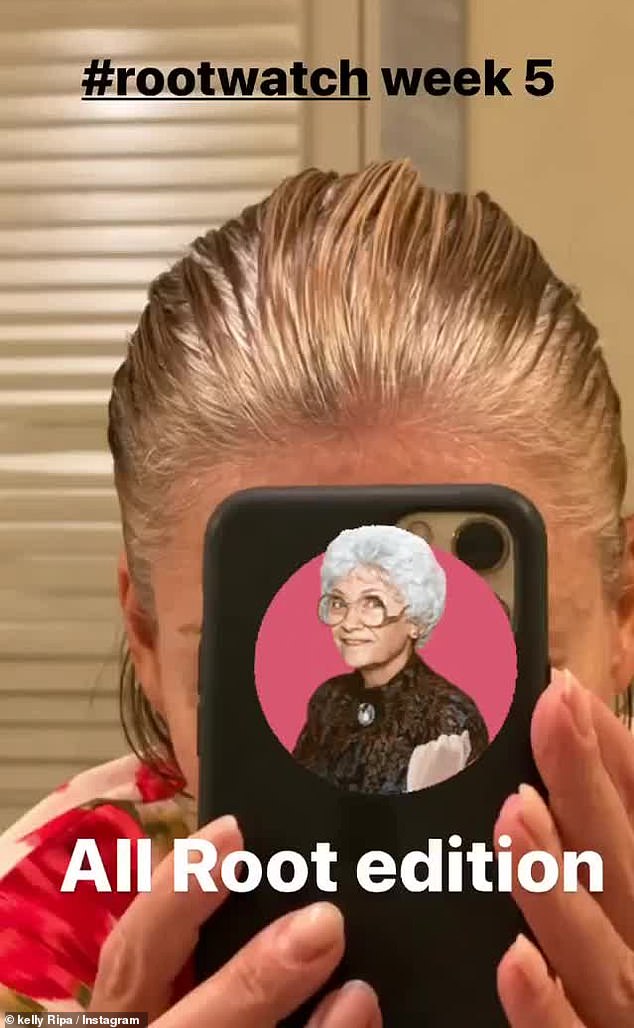 Checking for gray: Kelly Ripa shared an update on how her dyed blonde hair is doing, posting a close-up of her slicked back locks to Instagram Story with the caption ‘#rootwatch week 5’

‘I’ve been spraying my roots. At this point it’s all spray because my hair is all gray,’ she explained in an exchange with co-host Ryan Seacrest.

‘My daughter learned how to do my hair using the tie of your bathrobe,’ she said.

‘She watched a TikTok video on how to do hair by wrapping your hair around the bathrobe tie. And my daughter did my hair!’

In addition to Lola, Kelly shares two sons – Michael, 22 and Joaquin, 17 – with her husband Mark.