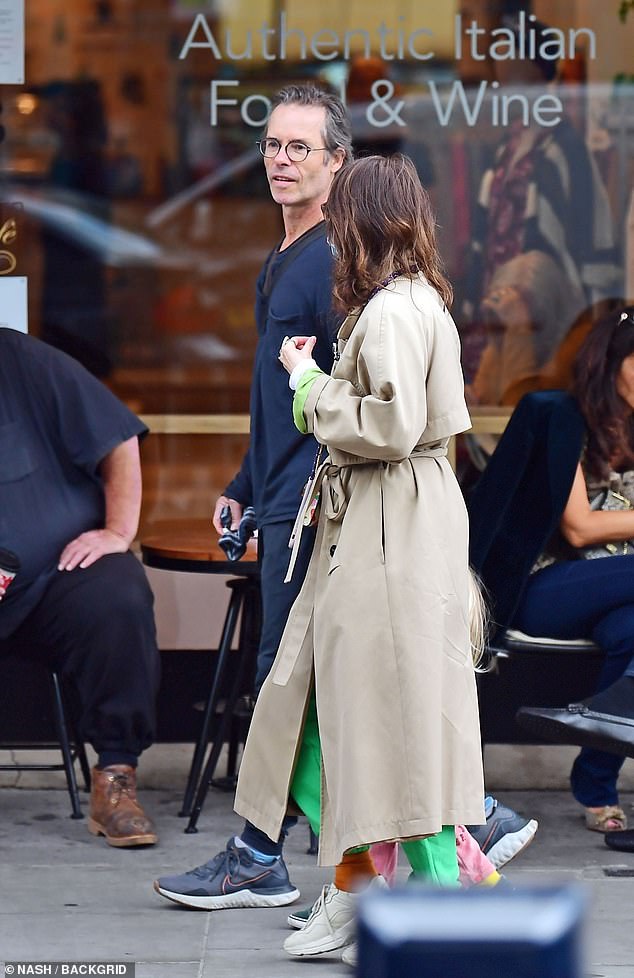 He was one of the biggest heartthrobs of Neighbours in the 80s, playing the role of Mike Young for several years.

And British-Australian actor Guy Pearce proved he’s still got it when he stepped out in Notting Hill, London, with his family over the weekend.

The 52-year-old showed off his handsome good looks as he went for a stroll with his partner, Game of Thrones star Carice van Houten, and their son Monte.

He’s still got it! Neighbours star Guy Pearce, 52, showed off his handsome good looks during a family stroll with his partner Carice van Houten and their son Monte in Notting Hill over the weekend

Guy dressed his fit frame in a long sleeve navy blue sweater teamed with matching trousers and a pair of trainers.

Meanwhile, Carice wore a stylish trench coat over a pair of green tracksuits pants and a comfortable sneakers.

It appeared as though the couple were taking their son Monte, four, to preschool.

Guy and Carice started dating a few months after his split from Guy’s ex-wife Kate Mestitz in 2015. 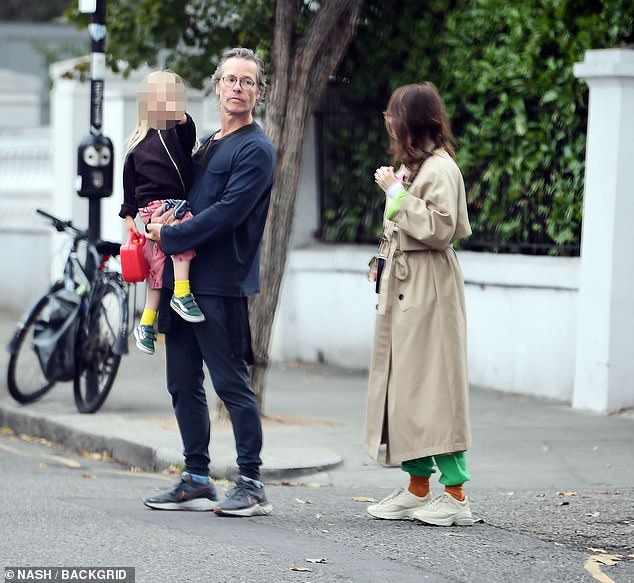 Daddy cool:  Guy dressed his fit frame in a long sleeve navy blue sweater teamed with matching trousers and a pair of trainers

Back in 2018, Guy revealed it was Kate who decided to end their 18-year marriage when the couple split.

Speaking on Andrew Denton’s Interview, the actor said he wanted to set the record straight after many incorrectly assumed he cheated on Kate with Carice.

‘It’s funny, you know, I’ve spent the last couple of years trying to protect Kate in all of this… and particularly not saying that it was her decision to end our marriage,’ he said.

He said he was heartbroken when fans labelled him a ‘bastard’ for assuming he left his wife for Carice, 44.

Carice and Guy started dating just months after his split with Kate.

I’ve got people coming up to me saying “you’re a bastard for having an affair with Carice and then getting her pregnant, and then leaving your wife,”‘ he said.

The Priscilla, Queen of the Desert star admitted he was blindsided when Kate abruptly called it quits, but said he still loves and respects his ex-wife.

‘As sad as it was for me and as difficult as it was, for her to kind of go, ‘You know what, our time’s up was incredibly strong of her to do,’ he told Denton.

‘I just think wow, she’s just more incredible to me now than she was before.’

Guy said he and Kate, a regarded psychologist, met as ‘kids’ when they were just 12-years-old.

‘The way she put it (when we split) was that we were probably some of those kids when we got married, too. And so I guess it was sort of a growing apart, you know,’ he said.

Guy admitted he was ‘blindsided’ by her admission.

‘I couldn’t believe it for a long time,’ he said.

Months after the breakup, Guy met and fell in love with Game Of Thrones star Carice.

He said they fell in love ‘quickly and messily,’ admitting that a baby was what sped things up.

The couple welcomed a boy named Monte together in 2016.

He said while they did have a rebound element to their relationship at the start, the baby forced them to take a step back and mature.

‘Let’s just go back and start again mature and responsible about this. and work out the best way to be so I’m glad we’re doing that,’ he said.

Carice, who stars as Melisandre in Game Of Thrones was previously linked to her Black Book co-star Sebastian Koch.

The pair began dating in 2005 but called time on their romance in March 2010.