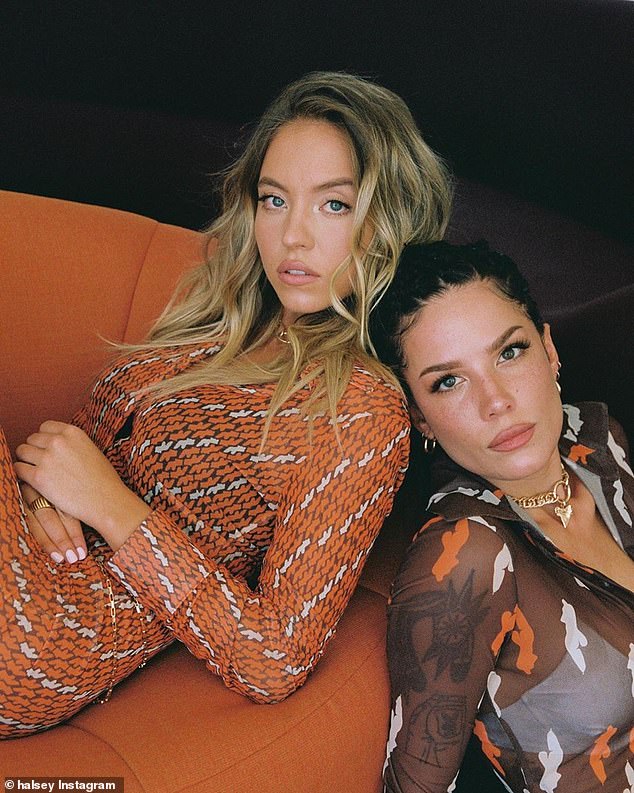 They first teamed up on the music video for her song Graveyard last year.

The singer, 25, uploaded a sumptuous and fashion-heavy spread of images by Southern California-based photographer Sam Dameshek on Wednesday, posing with Sydney, 22, to share the news.

As seen on Instagram: Halsey ‘simply cannot wait’ to make her acting debut alongside friend and costar Sydney Sweeney of Euphoria fame, in a new series entitled The Players Table

In the images, the Without Me songstress posed in a lovely sheer brown two-piece set from the label Inamorata by Emily Ratajkowski, with her dark hair done in cornrow braids.

Sydney complemented her friend in an orange two-piece set from the same fashion label, at one point sporting retro Seventies-style specs. 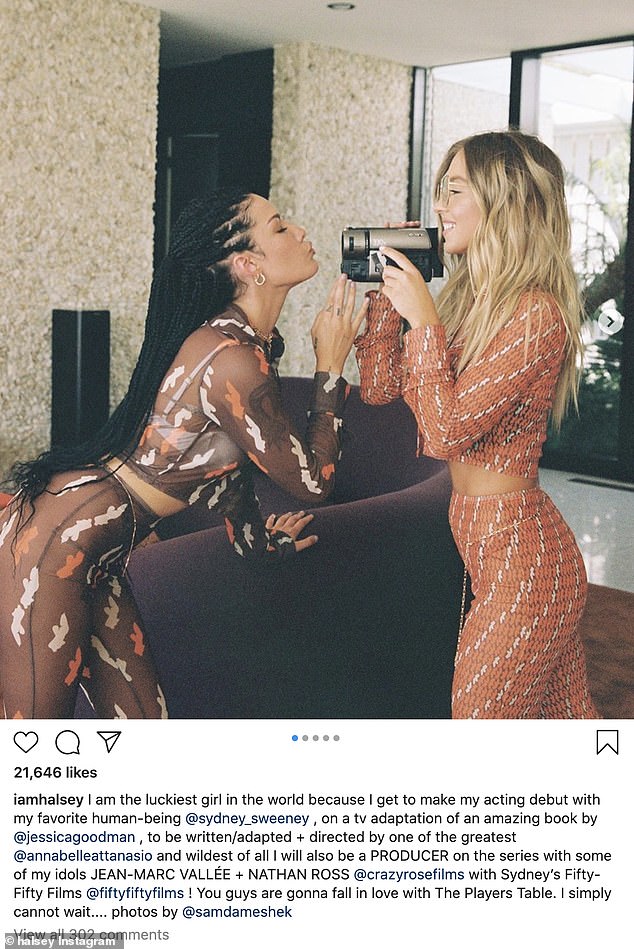 Camera ready: The singer uploaded a sumptuous and fashion-heavy spread of images on Wednesday, posing with Sydney to share the news 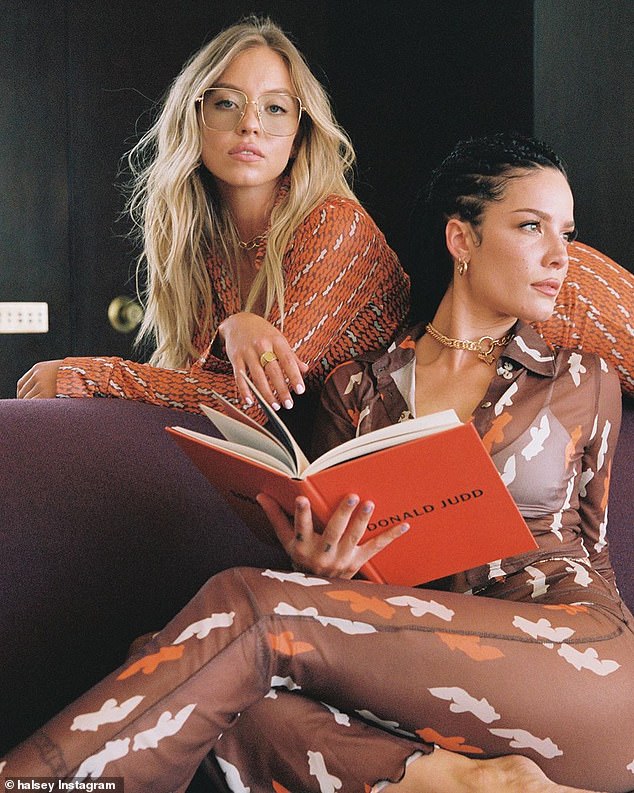 Sitting pretties: The pair posed in lovely two-piece sets from the label Inamorata

The actress, most known for her role as delicate and sensual teen Cassie Howard in the hit HBO series Euphoria, also held a video camera in one frame, which Halsey posed in front of with her lips pursed in a kiss.

The pair of beauties also lounged on a purple love seat with Halsey holding an art book about American artist Donald Judd. 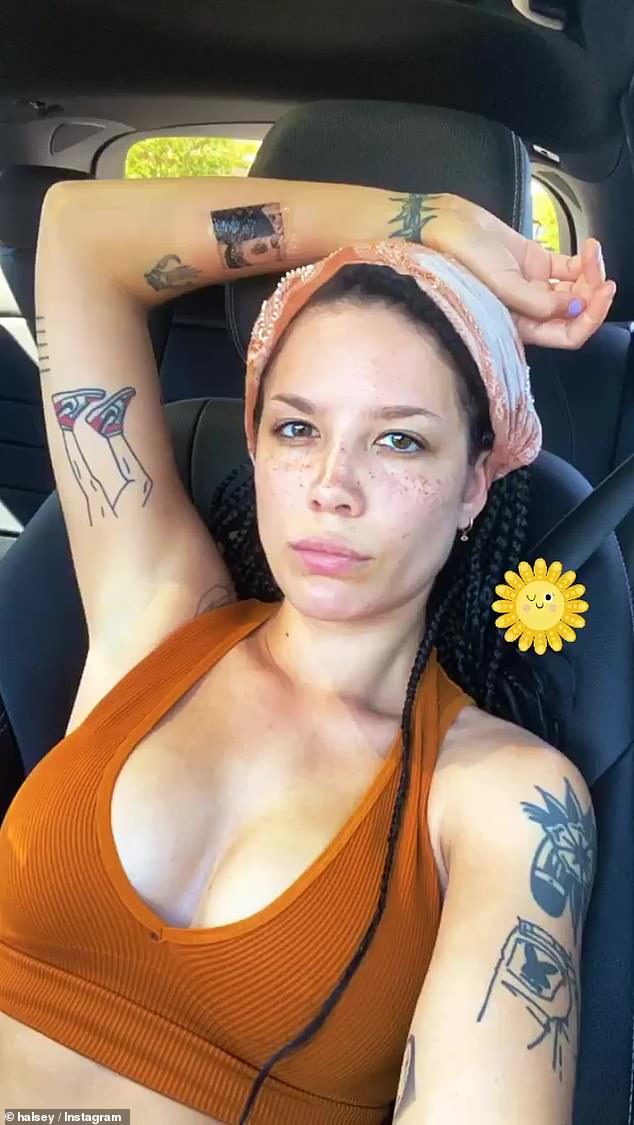 Excited: Halsey revealed she will be acting in the new project, as well as co-producing; seen here elsewhere on Instagram

Halsey also revealed she will serve as co-producer.

Her caption read: ‘I am the luckiest girl in the world because I get to make my acting debut with my favorite human-being @sydney_sweeney, on a tv adaptation of an amazing book by @jessicagoodman, to be written/adapted + directed by one of the greatest @annabelleattanasio’

‘And wildest of all,’ she continued, ‘I will also be a PRODUCER on the series with some of my idols JEAN-MARC VALLÉE + NATHAN ROSS @crazyrosefilms with Sydney’s Fifty-Fifty Films @fiftyfiftyfilms! You guys are gonna fall in love with The Players Table. I simply cannot wait…. photos by @samdameshek’ 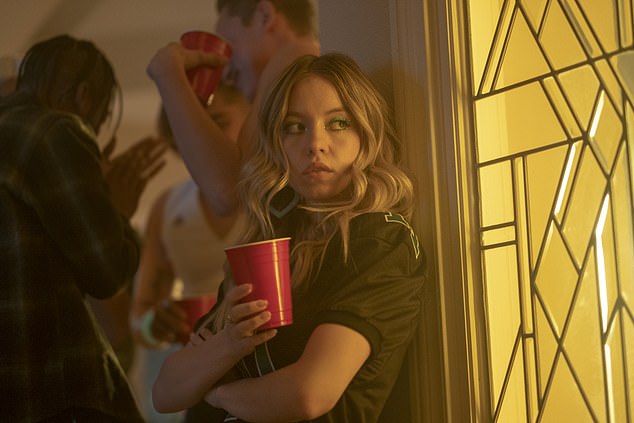 Unforgettable role: Sydney is most known for her role as delicate and sensual teen Cassie Howard in the hit HBO series Euphoria

It was announced some weeks ago that Sweeney was involved in the project both as star and producer, through her nascent production company Fifty-Fifty Films.

The new series is based on Jessica Goodman’s bestselling debut novel They Wish They Were Us, following a secret society of students at an exclusive Long Island prep school embroiled in the death of a friend three years prior.

Halsey and Sweeney met and hit it off on the set of the music video for hit track Graveyard, which went on to be nominated for an MTV Video Music Award.

The news comes after last Friday’s report that Halsey was has started a relationship with actress Cara Delevingne, three months after their respective exes G-Eazy and Ashley Benson got together. 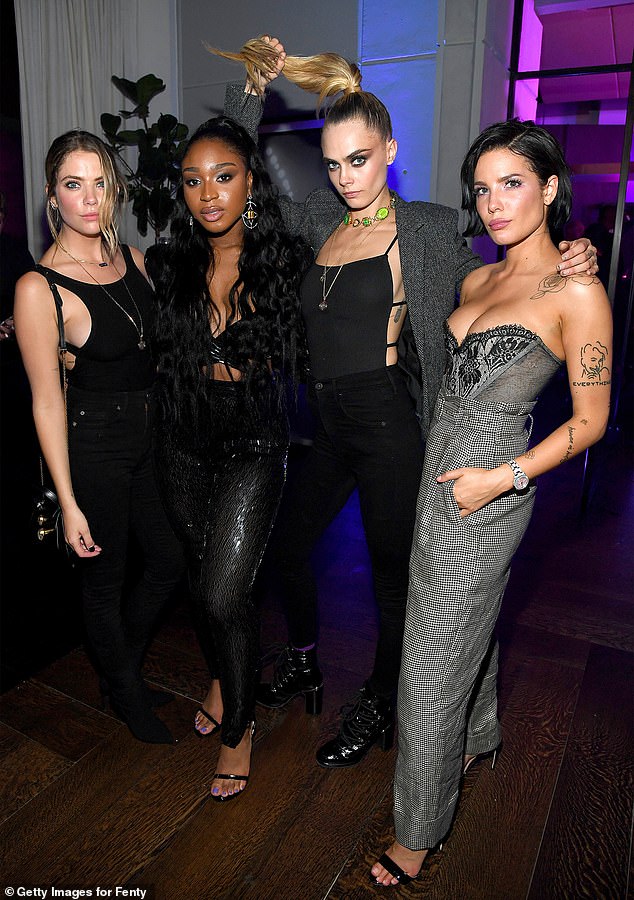 Glam quartet: The news of the Halsey’s involvement in the show comes after a report that she is in a relationship with actress Cara Delevingne; seen here with Ashley Benson and Normani last September 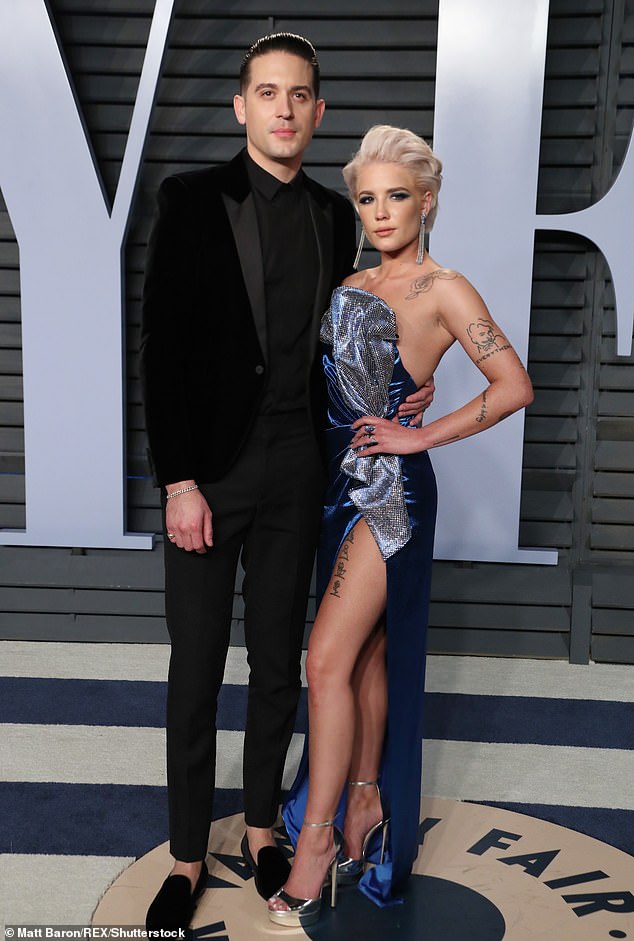 Ex files: That news comes just three months after their respective exes G-Eazy and Benson got together; Halsey seen with G-Eazy in March 2018