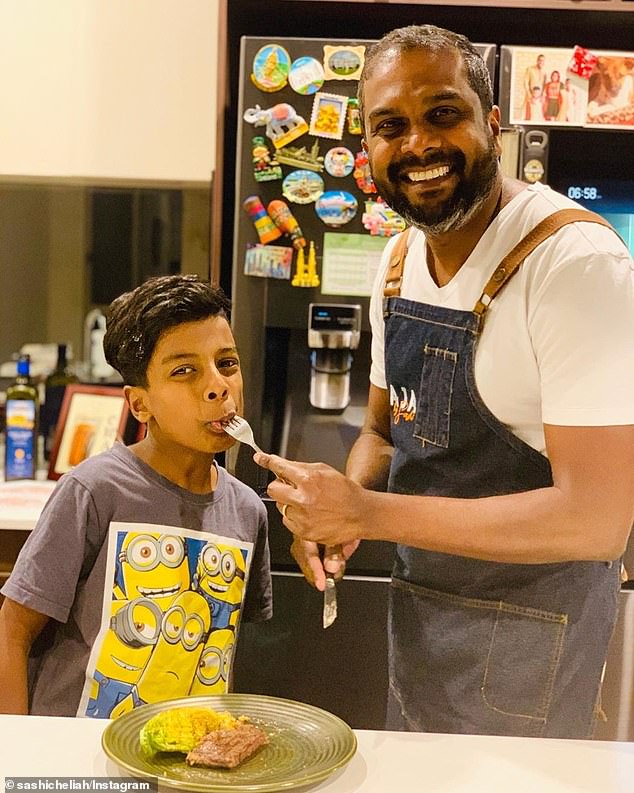 MasterChef Australia winner Sashi Cheliah’s son Ryan, 11, to compete in the junior version of the show

And in a new promo which aired on Monday night, eagle eyed fans spotted a familiar face among the budding culinary stars.

It was none other than 2018 MasterChef winner Sashi Cheliah’s 11-year-old son Ryan, who is set to compete on the hit cooking show.

Fans may recognise him from his appearance on his dad’s season of MasterChef during the family reunion.

Taking after his dad, Ryan revealed that he had cooked ‘chicken that’s been marinated in Chinese/Malaysian flavours’ for the judges.

Sashi’s Adelaide based restaurant Gaja by Sashi is influenced by ‘Indian, Singaporean and Malaysian classics’.

While Sashi always had a passion for cooking, it wasn’t until he migrated to Australia from Singapore with his wife, Rabicca and two sons, Ryan and Marcus, 13, that he really began to cook regularly. 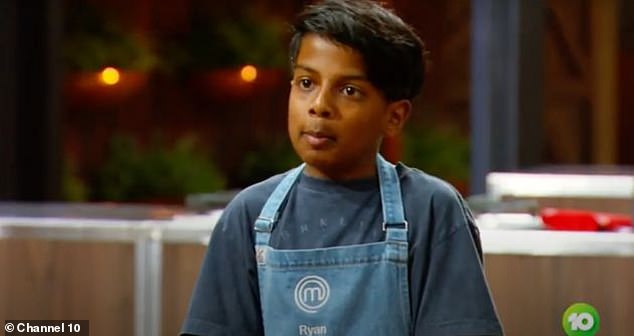 A cut above: Taking after his dad, Ryan (pictured) revealed that he had cooked ‘chicken that’s been marinated in Chinese/Malaysian flavours’ for the judges

‘When I moved to Australia, I missed eating home-cooked Malaysian and Singaporean kind of food, so I would make food like biryani and ayam masak merah,’ he told The Star.

‘Whatever I missed at home, I would try to cook at home.’

And that passion has clearly rubbed off on Ryan, but time will tell if he can follow in his dad’s footsteps and take home the top prize.

It ran for two seasons before being axed, only for 10 to announce that the show would return in a revamped format for a third season later this year. 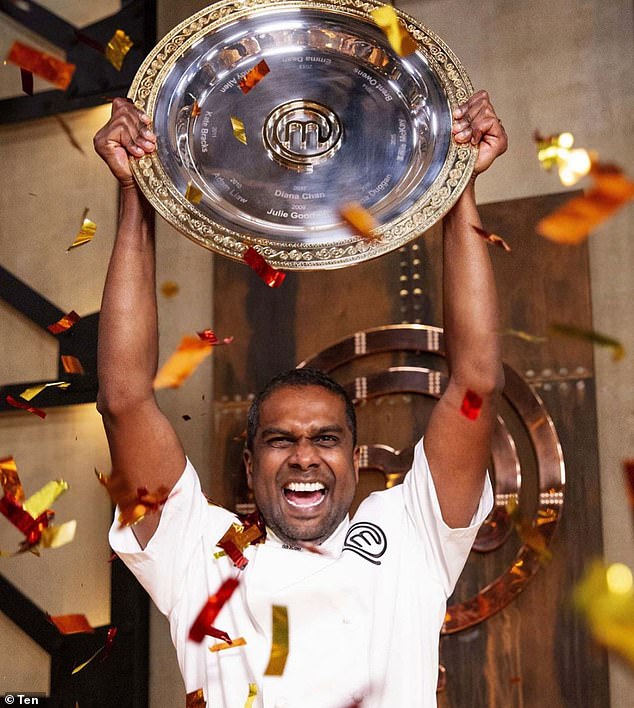 Like father, like son: Ryan inherited his dad’s passion for cooking, but time will tell if he can follow in Sashi’s (pictured) footsteps and take home the crown