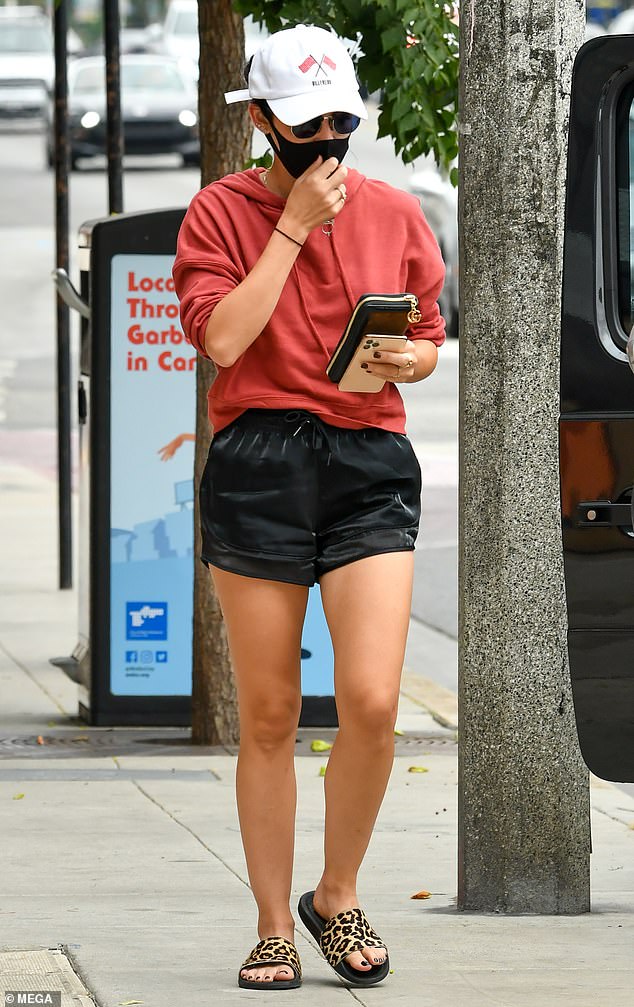 She appears to have increased her exercise regime in recent months during lockdown.

And Lucy Hale displayed the fruits of her labour as she displayed her slender pins while running errands on Sunset Boulevard in West Hollywood on Tuesday.

The Pretty Little Liars star, 31, wore sporty black shorts and a hoodie as she kept a low profile while taking the trash out.

Casual: Lucy Hale put on a leggy display in Nike sports shorts, a strawberry-coloured hoodie and leopard sliders as she disposed of her recycling goods on Sunset Boulevard on Tuesday

The actress was seen strolling through the streets of Los Angeles in a pair of bold leopard print sliders and Nike shorts.

Lucy opted for a strawberry-coloured hoodie and kept her raven tresses styled back in a chic bun underneath a white racer baseball cap.

The actress let her natural beauty shine through with a minimal make-up look, and she prioritised safety with a black face covering.

She clutched her Gucci black purse and phone, which showcasing her perfect black manicure, as she adjusted her face mask and paid for the parking meter. 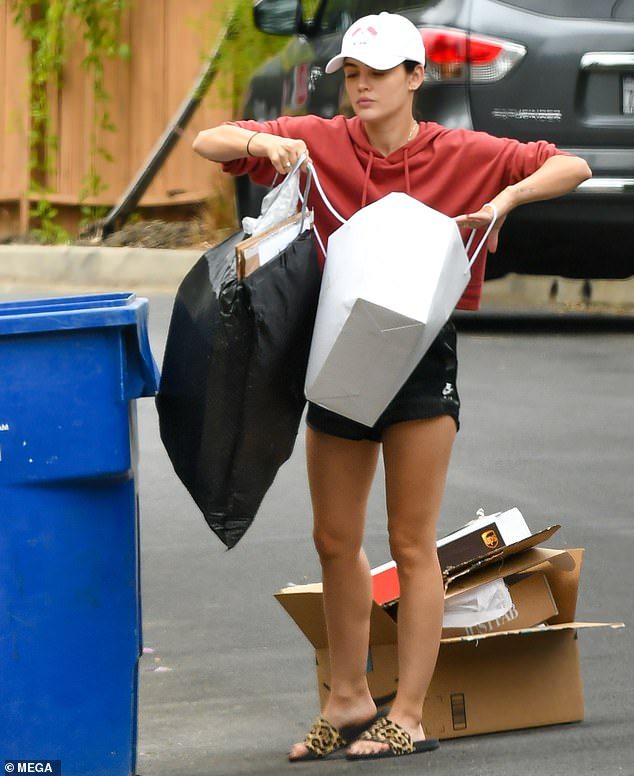 Stunning: The Pretty Little Liars star, 31, let her natural beauty shine through with a minimal make-up look and she prioritised safety with a black face covering while running errands

In recent months, Lucy has been increasing her training regime with the help of celebrity trainer Adam Nicklas, which includes the use of resistance bands and weights.

Lucy has had more time on her hands now that her Riverdale spin-off, Katy Keene, has been cancelled by the television network, THE CW, after just one season.

She has been very open about her disappointment over the musical comedy drama series ending ‘prematurely’ after stating she wanted it to continue on for many more seasons. 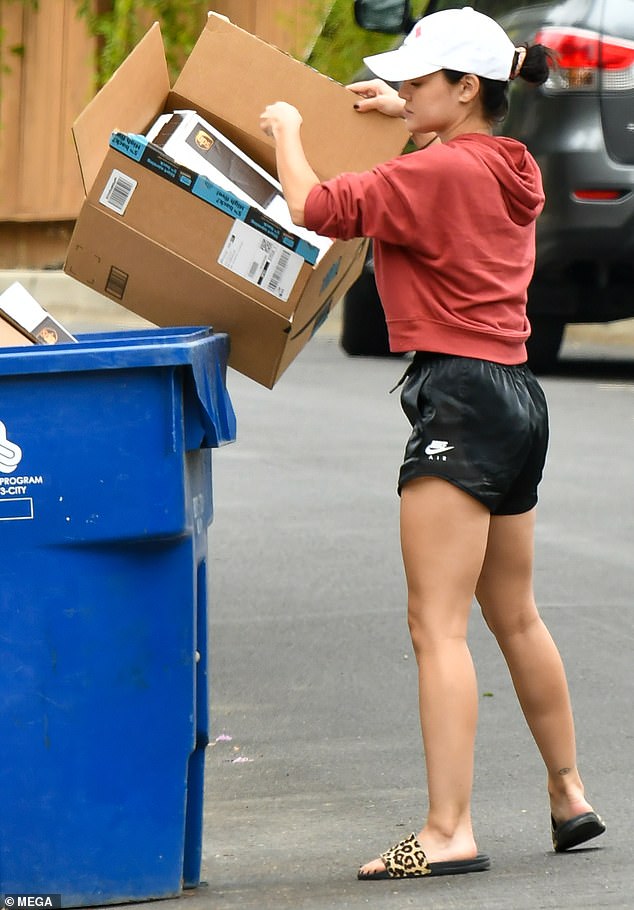 Keep it simple: Lucy kept her raven tresses styled back in a chic bun underneath a white baseball cap and she also donned a black face covering while paying for a parking meter

Most recently, Lucy starred in the romantic comedy film, A Nice Girl Like You, which was released via video on demand in July in the United States.

Due to the coronavirus pandemic, there is no official word on when it will be released. 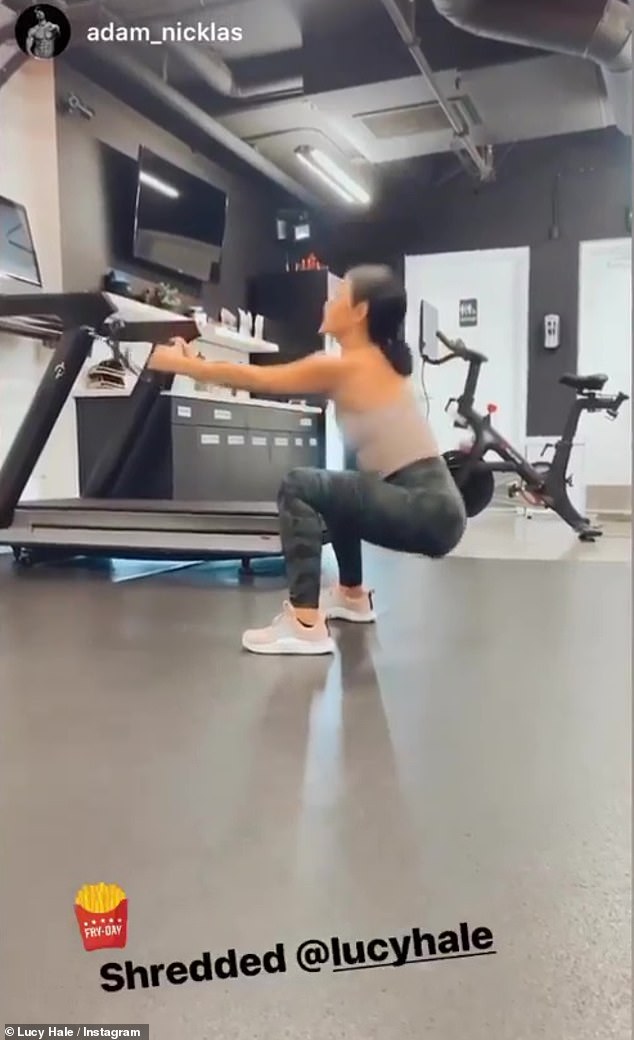 Hard work: Last week, the actress shared a video of her training regime which included using weights and resistance bands with the help of the celebrity trainer Adam Nicklas