Nicky Whelan, 39, shows off her ripped figure in a very high-cut Adidas one piece - healthyfrog Skip to content 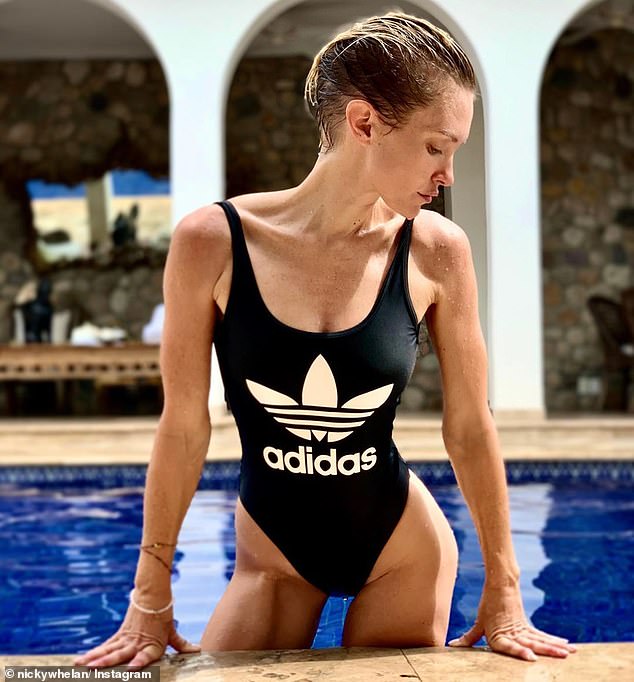 Not an inch to pinch! Nicky Whelan, 39, shows off her ripped figure in a very high-cut Adidas one piece as she takes a dip at a Mexican resort

She has always been known for her fabulous figure.

But Nicky Whelan appears to be getting fitter with age.

The former Neighbours star, 39, stunned her fans when she showed off her incredibly ripped figure in a high-cut Adidas one-piece swimsuit on Wednesday.

Not an inch to pinch! Nicky Whelan, 39, showed off her ripped figure in a very high-cut Adidas one piece in an Instagram photo she posted on Wednesday

There was not an inch to pinch on the blonde bombshell’s frame as she hopped out of a pool at a Mexican resort following a strenuous swim.

Nicky has been holidaying in Puerto Vallarta, with her actress pal Kate Neilson.

The pair have been staying at Casa Kimberley, an opulent five-star resort, and have been posting several bikini selfies during their trip.

The two stars appear to back in Los Angeles following the idyllic trip.

The Aussie actress isn’t shy about showing off her amazing physique, as she regularly takes to Instagram to flaunt her frame in bikinis or activewear.

In November last year, she spoke about her diet and exercise regime to Muscle and Fitness while training for the action series Matador.

‘As for diet, I eat small meals all day. I start every day with a green shake in my blender, then follow that with coffee’.

The Left Behind star explained she ‘changes up her training’ but likes to keep a ‘healthy, happy mind’.