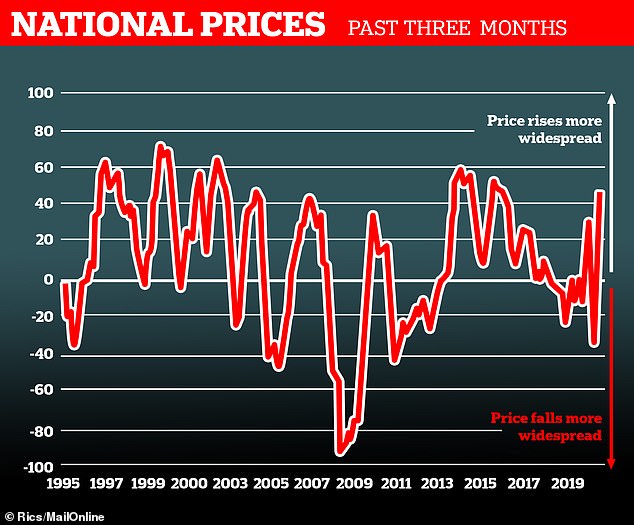 ‘Virtually all parts of the UK are now seeing prices increase’ to some extent, with buyers facing a ‘sharp acceleration’ in prices up and down the country in August, the Rics said.

But, some experts insist the future outlook for prices remains uncertain and could unravel once the true economic toll of the pandemic starts to bite later this year and the Government’s Job retention Scheme comes to an end.

Fluctuations: Property price changes across the UK since 1995, according to the Rics

The ‘mini-boom’ in property prices also looks set to put further strain on buyers looking for homes in ‘affordable’ price brackets, particularly when it comes to people looking to get on the first rung of the ladder.

Simon Rubinsohn, chief economist at the Rics, said: ‘The latest RICS survey provides firm evidence of a strong uplift in activity in the housing market which should help support the wider economy gain traction over the coming months.

‘More of a concern is the pick-up in prices which could intensify issues around affordability in some parts of the country.’

Experts working in the sector have now reported ‘strong sales’ for the last three consecutive months, the Rics said.

The only place in the country where property prices failed to increase last month was London, where prices have ‘remained more or less flat’ over the last two months.

In a sign of how strong pockets of the market across the country are, 78 per cent of property insiders surveyed by the Rics said they were seeing homes on sale for £500,000 or less end up being sold for ‘at least’ the asking price. Back in January, only 63 per cent said sub-£500,000 homes were selling for at least the asking price.

When looking at properties up for sale for between £500,000 and £1million, only 34 per cent of respondents admitted they saw sales prices come in below asking, down from 48 per cent at the start of the year. 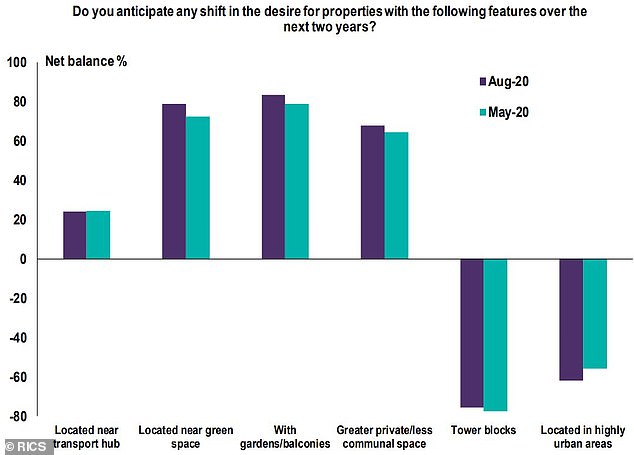 Property priorities: More people want a home in the country with a spacious garden 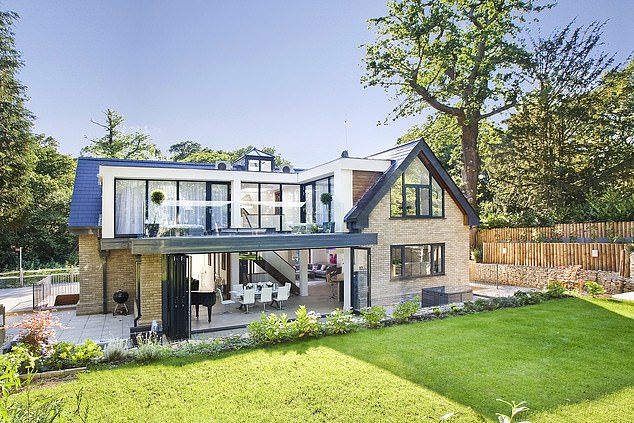 Garden matters: Semples Lodge in Surrey is on sale via Savills for £3.25m 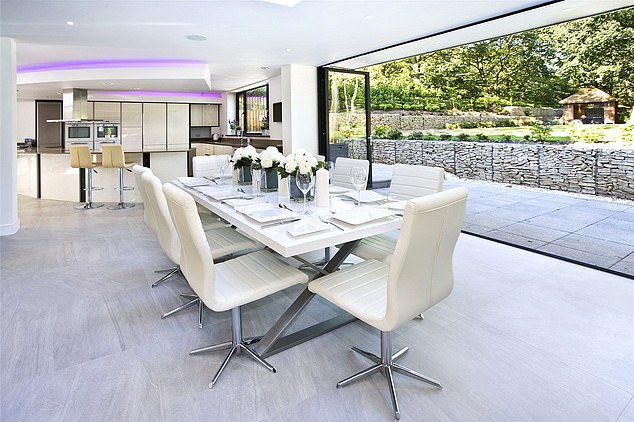 For homes with asking prices of £1million or more, sales prices are still ending up lower for many transactions. But, even at this price bracket, the extent to which this is happening is lower than it was in January, the Rics said.

Since lockdown started in March, a growing number of buyers are seeking homes with large gardens and nearby green spaces. Many seem to be less bothered about being near a transport hub and are shunning the idea of communal spaces in blocks of flats.

In its latest findings, the Rics said that 83 per cent of respondents to its survey foresee demand rising for homes with gardens over the next two years.

‘On the same basis, net balances of -62% and -75% expect demand to decline for homes located in highly urban areas and tower blocks respectively’, the Rics said.

With buyer demand high, the number of properties coming up for sales remains a problem nationally. The Rics said: ‘Given the strong sales activity of recent months, the average number of homes currently held on estate agents books remains relatively low in a historical context, at 42 properties.’

Mark Lewis, a partner at estate agent Symonds & Sampson, said the property market was ‘dangerously strong’, adding that he expected to see this picture continue in October.

Mr Wade-Jones of Ennes Global said many buyers looking for a sub-£500,000 home are continuing to ‘beg, borrow and borrow some more’ to try and secure a mortgage and take advantage of the current financial landscape, which includes the axing of stamp duty on homes up to £500,000.

A string of well-known lenders have already axed their highest loan-to-value mortgage deals and many have tightened their lending criteria as a result of the pandemic.

A growing number of lenders also also restricting the amount people can borrow to get a home. Barclays has limited loans to just 4.49 times someone’s income, down from five-and-a-half times previously.

NatWest also quietly reduced the amount some customers can borrow. The bank has issued a new mortgage calculator for brokers that restricts lending to self-employed borrowers to 4.25 time earnings, down from 4.9 times.

Some banks will not lend to customers with small deposits or have barred borrowers using contributions from the Bank of Mum and Dad.

Others refuse to consider bonuses, overtime and furlough money in assessing how much can be borrowed.

As well as tough mortgage rules, a shortage of in-demand homes coming up for sale is also pushing up prices and locking first time buyers out of the market in certain locations.

Separate recent figures from Halifax, which is Britain’s biggest mortgage lender, revealed that the average property price increased by 5.2 per cent annually to reach a record £245,747 in the year to August.

This marked the biggest annual jump since late 2016 and on a monthly basis, house prices leapt by almost £4,000, or 1.6 per cent, in August, according to Halifax.