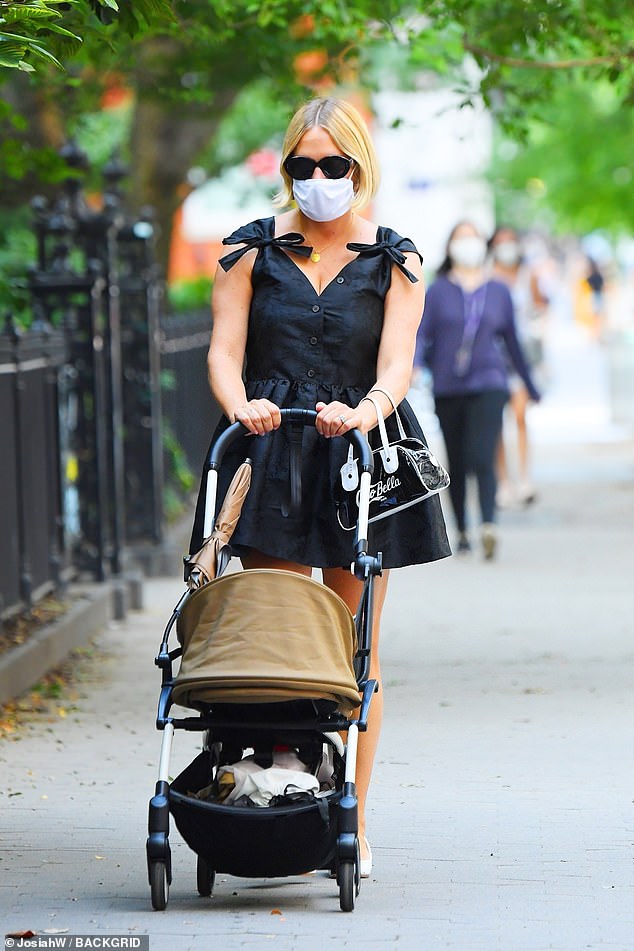 Chloe Sevigny stepped out in her native New York City on Wednesday with her baby son, Vanja.

The Big Love beauty, 45, donned a black skirt with white shoes as she pushed her baby son in a stroller through the SoHo area of the Big Apple.

The Oscar nominated Boys Don’t Cry star had her blonde locks styled in a pert bob as she brought a black and white purse on the outing, shielding her face from germs with a white face mask.

Out and about: Chloe Sevigny, 45, stepped out in her native New York City on Wednesday with her baby son, Vanja

She had the canopy portion of the section open on the sunny day in Gotham.

Sevigny, who welcomed her first child this past May 2 with boyfriend Sinisa Mackovic, told WSJ. Magazine’s September issue how she’s adapted routines in becoming a mom.

‘I’m usually really good at time management,’ said the actress, who’s been seen in the indie classics Kids and Gummo. ‘I’m actually really proud of how I get everything done in a day.

‘I keep lists, and I’m very organized. Since I’ve had the baby, I’m just like, I don’t know how anybody gets anything done. I have to cook for everyone, then clean, then feed him, then clean him.’ 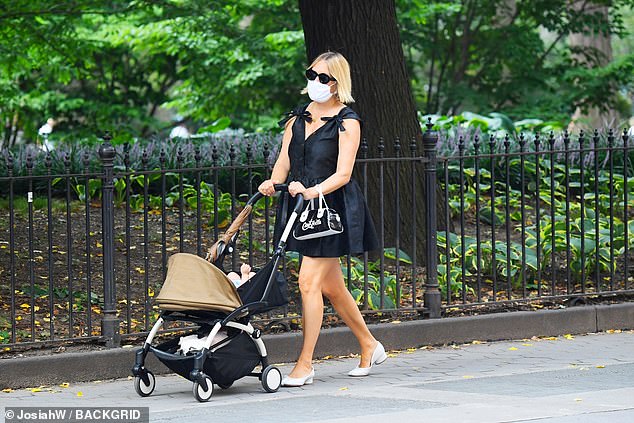 Stylish: The Big Love beauty donned a black skirt with white shoes as she pushed her baby son in a stroller through the SoHo area of the Big Apple 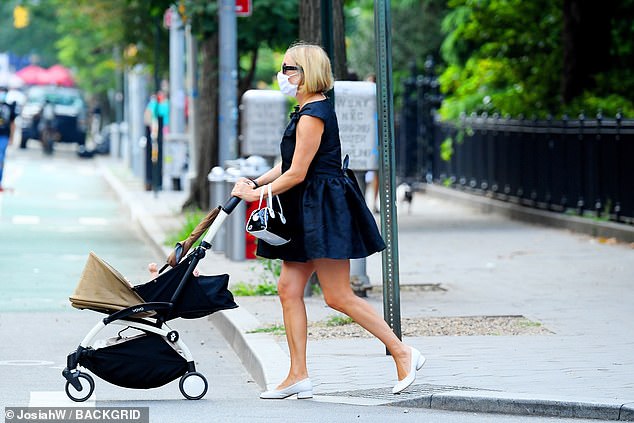 She said that Mackovic and her mother have also been key in helping tend to the newborn child.

‘We’re lucky we have my mother coming and helping us a few times a week for a few hours. We’ve been lucky that Sinisa’s been home from work, and he helps all the time,’ Sevigny said. ‘He’s on Zoom calls 24 hours a day, half of them holding the baby.’

In the interview, Sevigny said that appearing on the HBO We Are Who We Are helped her become comfortable with the idea of having a son, as she plays an Army mom to a son named Jack on the series. 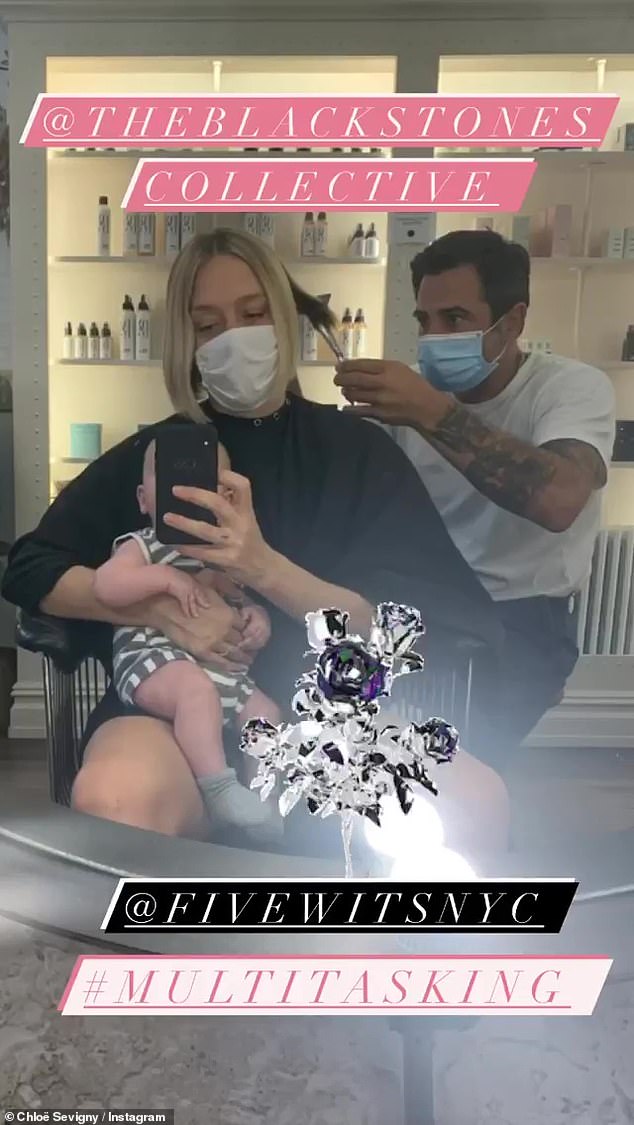 Focused: The new mom shared a shot of herself holding her baby at a salon 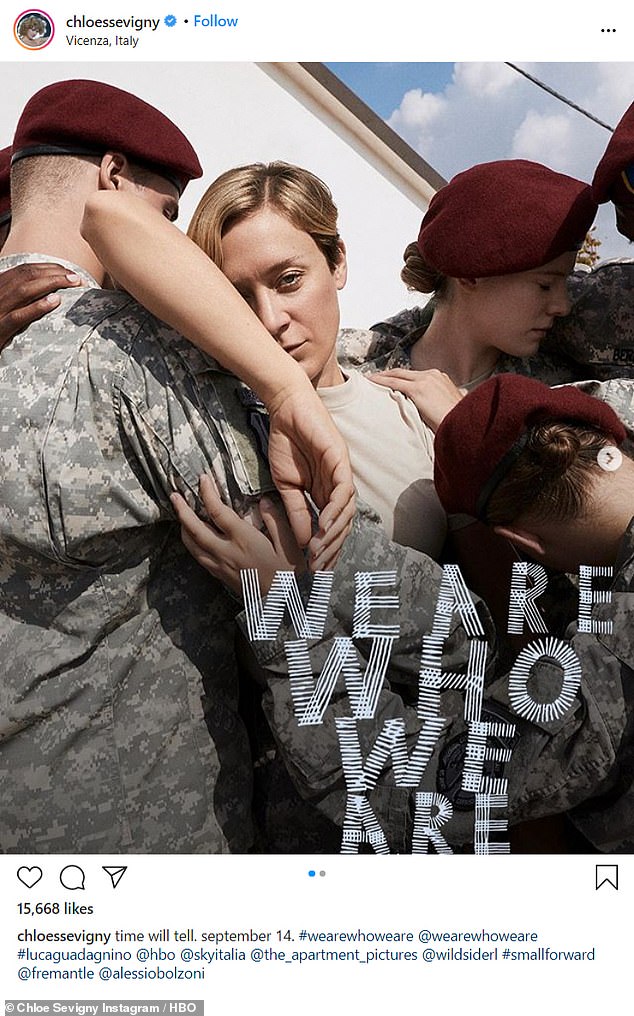 ‘I’d always secretly desired a girl,’ she said. ‘I guess that’s not a secret if I’m talking about it to WSJ. But I’m very girl-power, girl-friendly, girl-centric.

‘I don’t even have that many male friends unless I’d slept with them or whatever. But on set I kept thinking, “What if I have a kid like this kid Jack?” First of all, he’s brilliant, so that would be great; but secondly, he has so much energy.’

She added, ‘It was a lot of meditating on that one.’