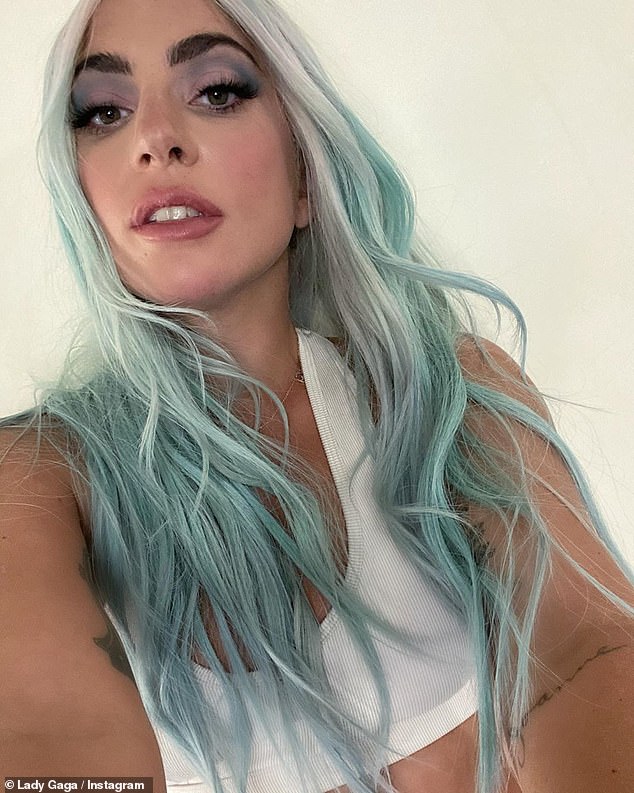 Lady Gaga reveals her grandmother urged her to make it big after the pop sensation was raped: ‘I cried on her couch for days’

Lady Gaga has revealed her grandmother urged her to make it big after the pop sensation spent days crying on the couch following her rape.

The superstar, 34, made the revelation in an interview with Oprah Magazine, where she was asked about the one person who changed her life.

Gaga said that person would be her grandmother, who encouraged her to ‘make a real change in this world’ after showing her a female artist performing on MTV.

‘No more tears tomorrow’: Lady Gaga has revealed her grandmother urged her to make it big after the pop sensation spent days crying on the couch following her rape

‘After I was raped, I cried on her couch for days,’ she explained. ‘Eventually she turned on MTV and told me to lookup. A female artist was performing. My grandmother said, “I’ll let you cry the rest of the day, but then tomorrow you’re going to go back out and make a real change in this world. No more tears tomorrow.”‘

Gaga has previously revealed she was repeatedly raped as a teenager, leaving her to suffer from fibromyalgia and PTSD.

The 11-time Grammy Award winner released her sixth studio album in May 2020, Chromatica, and last year made the transition from music to film with a role in A Star Is Born, garnering her an Academy Award nomination for Best Actress. 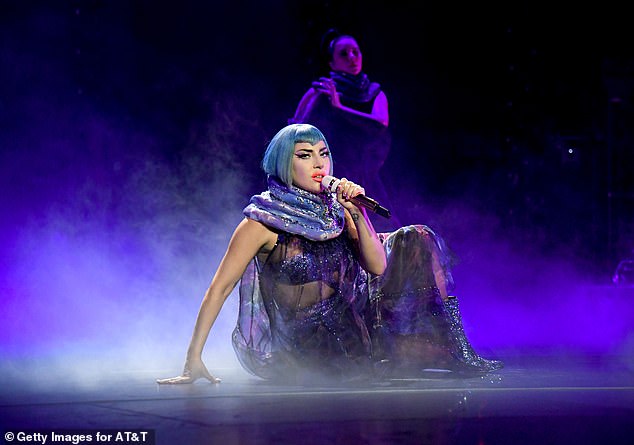 In addition to her career success, Gaga launched the Born This Way Foundation, a youth-oriented program focusing on mental health and wellbeing.

The pop star has been open with fans about her struggles with her own mental health, and how she has sought therapy to overcome it.

Gaga was just as open about her battles with depression in her Oprah interview, where she revealed she nearly gave up in the throes of her mental health woes. 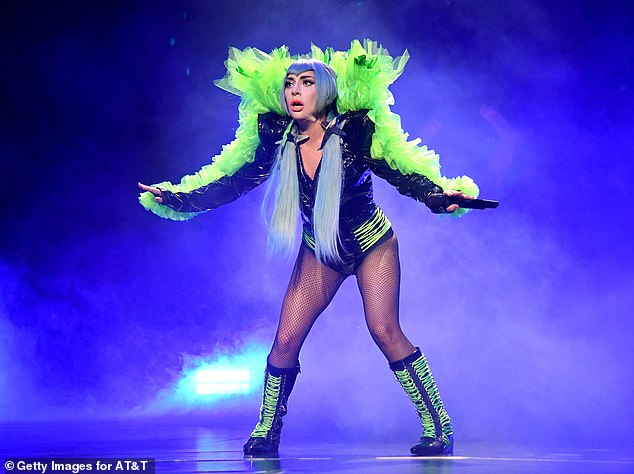 Making it big: Gaga performs in Miami, Florida in February 2020

‘Once I felt so depressed, I thought it was a good idea to give up. That’s the worst thing you can do. I wish I’d just asked for help. But I forgive myself,’ she said.

Now she cites dialectical behavior therapy as most important for her mental health.

‘It’s a skills-based treatment method that keeps my psyche and body focused, and balances my emotional and rational mind,’ she explained.

‘I have fibromyalgia, and although living with chronic physical pain is difficult, I’ve radically accepted that while I cannot think my way out of this problem, I can behave my way out of it with distress tolerance skills and routines.’ 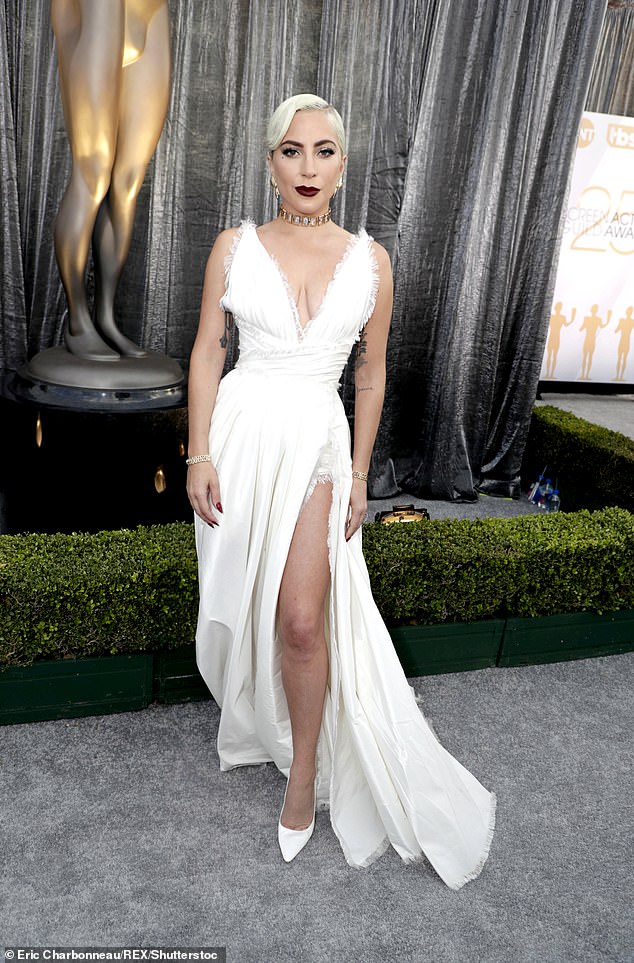 Self-care: Gaga cites dialectical behavior therapy as most important for her mental health