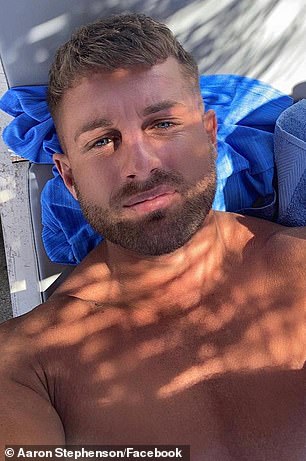 ‘I’ll hide you in my cupboard bonny lad!’ On-the-run drugs suspect wins himself an army of female fans as he taunts police on Facebook by saying he’ll hand himself in for £20,000

An on-the-run drugs suspect has won himself an army of female fans after he taunted police on Facebook by saying he’ll hand himself in for £20,000.

Aaron Stephenson from Newbiggin is wanted as part of an investigation into drug supply. Crimestoppers offered a £1,000 reward for his capture on Tuesday.

But on Facebook, the brazen 27-year-old said he would ‘double it’ for anyone who didn’t disclose his whereabouts and even tagged Northumbria Police in the post.

Female social media users jokingly offered to harbour the suspect, with one posting in response: ‘Think half the lasses on here would offer you somewhere to hide’. 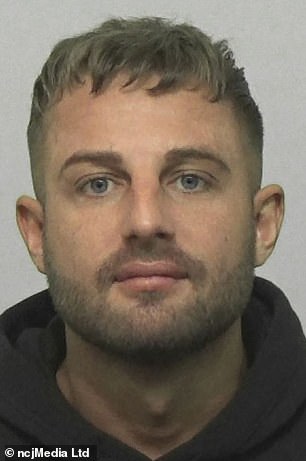 Aaron Stephenson (pictured above and right, in the picture posted by police to Facebook), 27, from Newbiggin, Northumbria, is wanted as part of an investigation into drug supply

Another commented: ‘Al hand cuff if a see him… strait (sic) to my bed’.

A third added: ‘Phwaaaarrr will hide you in me cupboard bonny lad’.

The force said Stephenson is wanted in connection with ‘a number of serious offences’. He is also subject to a crown court warrant.

Multiple addresses have been searched without success, promoting the charity to offer the reward for any tip-off that leads to his arrest and charge.

Detective Chief Inspector Martin Brooks, of Northumbria Police, said: ‘We have made extensive enquiries in a bid to trace Aaron Stephenson and our efforts will continue until he is brought into custody.

‘He is wanted in connection with a number of serious offences and we are asking members of the community who may know his whereabouts or who have recently seen him to come forward.

‘Someone out there will know something and that may be the small detail that helps lead to an arrest.

‘I would also appeal directly to Aaron to come forward and hand himself in and do the right thing.’

Stephenson posted online: ‘All the money use have took n ya offering a GRAND times the c*** by 20 n al walk in me self.’

The suspect is described as white, around 5ft 10ins tall, with short brown hair and of medium build.

Ruth McNee, regional manager at Crimestoppers, said: ‘If anyone has information on Aaron’s whereabouts please remember that you can stay 100 per cent anonymous by calling our charity or by using our simple and secure anonymous online form.

‘No one will ever know you contacted us.’

Stephenson, or anyone who believes they may have seen him, is asked to contact Crimestoppers or police.