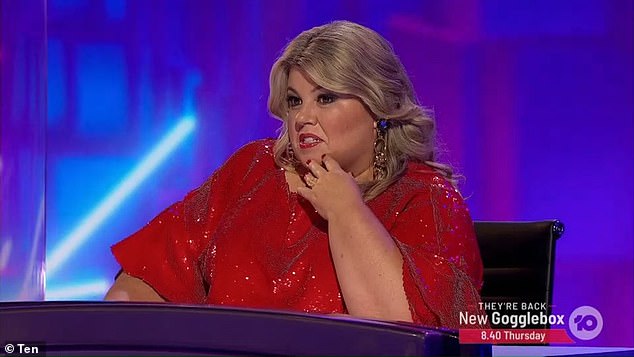 Urzila Carlson replaced Lindsay Lohan as a judge on The Masked Singer this season.

And it seems the 44-year-old comedian hasn’t wasted any time developing a keen eye for guessing the celebrities behind the masks.

She told Who magazine on Thursday that she paid close attention to less-obvious clues, such as the singer’s body type and even their gait.

‘Rather than focus on the voice, I’ve been studying people’s height and body shapes. So if some big muscular guy is in the costume, he could be a rugby player,’ she said.

‘If the person looks like they could run underneath a coffee table, it’s probably Dannii Minogue trying on a costume!’ she joked.

Urzila also admitted that she did ‘CSI-level’ investigating on the Instagram accounts of local celebrities. 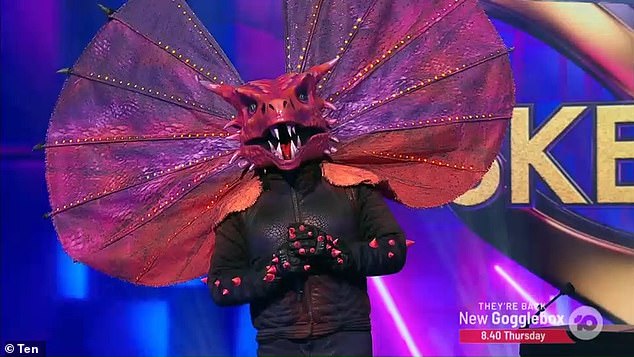 Subtle clues: The 44-year-old explained to Who magazine on Thursday that she studied subtle clues such as people’s body shapes, builds and even their walk. She said: ‘if some big muscular guy is in the costume, he could be a rugby player’. Pictured is Frillneck 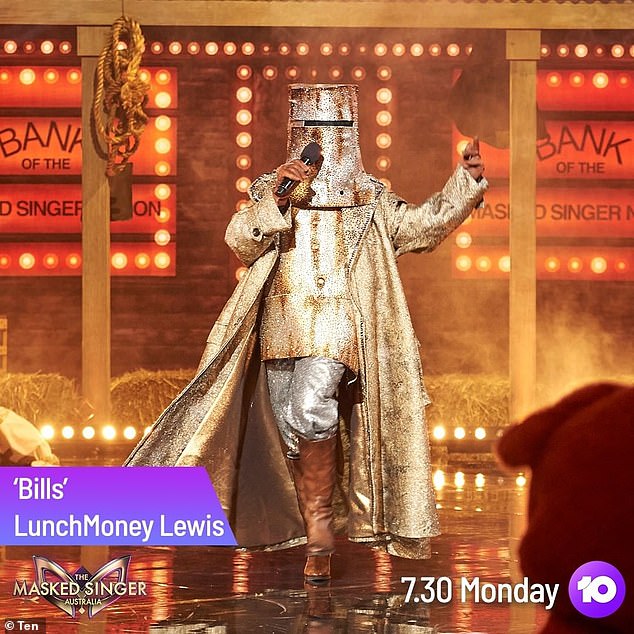 Hints: Urzila also admitted that she did ‘CSI’ level investigating on the Instagram accounts of local celebrities. ‘If certain Australian-based celebrities had big gaps between posts, could it be because they’re at a photo shoot,’ Urzila said. Pictured is Bushranger

‘If certain Australian-based celebrities had big gaps between posts, could it be because they’re at a photo shoot in a hammerhead costume? See? I told you I went totally CSI on this,’ she added.

After filming the majority of the show in Melbourne, Urzila recorded her parts for the season finale from a hotel room in New Zealand on Tuesday night. 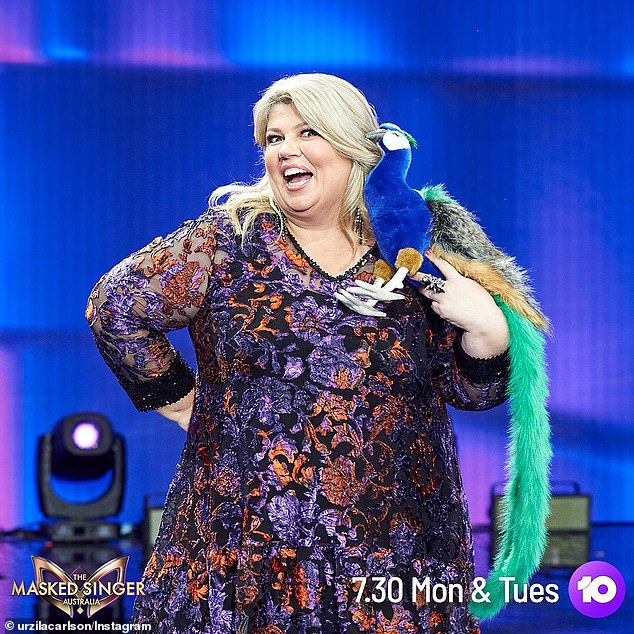 Remote filming: Urzila was forced to remotely film her parts of the grand finale from her hotel room in New Zealand, while Osher Günsberg and Jackie O were in Sydney, Dave Hughes and Dannii Minogue in Melbourne

Production at Docklands Studios had been suspended on August 22 after a COVID-19 outbreak on set, which forced the entire cast and crew into two-week quarantine.

Channel 10 and Warner Bros. permitted Osher, Jackie and Urzila to leave Melbourne once their isolation period ended, and they filmed their segments remotely.

The Masked Singer finale airs Monday at 7:30pm on Channel 10 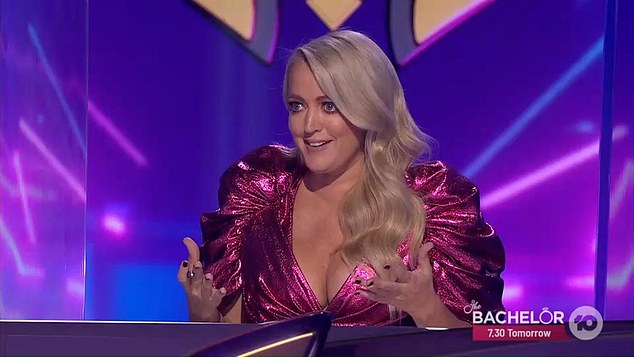 Oh dear! The Masked Singer judge Jackie ‘O’ Henderson (pictured) revealed that filming for the finale was interrupted by a security guard over a noise complaint at Urzila’s New Zealand hotel room