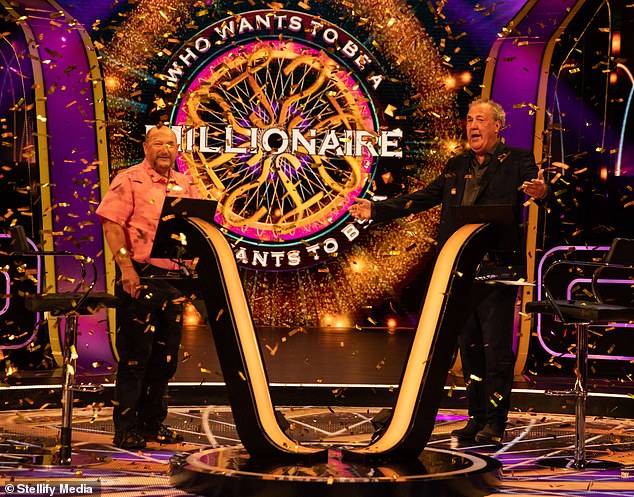 The first contestant to win Who Wants To Be A Millionaire? in 14 years vowed to give 70 per cent of his winnings to his family and stay in his teaching job until the end of term despite scooping the £1million jackpot.

History and politics teacher Donald Fear, 57, who lives in Telford, correctly answered the final 15th question about the death of a famous pirate in 1718.

The father of four, who has been married to his wife, Debs, a nurse, for 33 years, is the sixth champion in the ITV programme’s 22-year history.

The lucky streak runs in the family as his elder brother, Davyth, last year won £500,000 as a contestant on the same programme.

On Mr Fear’s wishlist is a motor home, but he said that he will give 70 per cent of the jackpot to members of his family and spend the rest on a ‘comfortable retirement’.

Following his win, Mr Fear and his wife embarked on a caravan trip along the Northumberland coast.

Donald Fear, 57, from Shropshire, scooped the £1 million prize during a sensational run on last night’s show, on which he only used one of his lifelines and knew the winning answer within a ‘microsecond’ 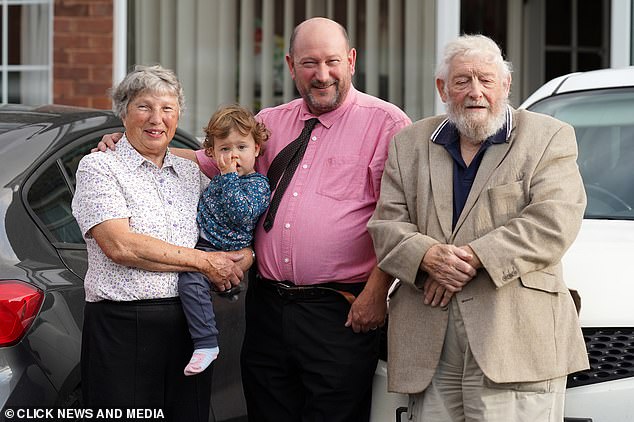 Donald Fear spotted in public for the first time as he returns home from work. Donald’s brother won 500k last year on Who wants to be a millionaire and 12 months later Donald is the first person in 14 years to win the million. His mother and father pose with him and his youngest daughter as they settled down to watch the episode on Friday night 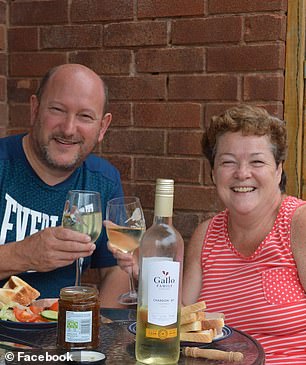 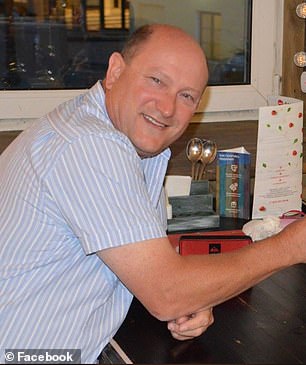 Mr Fear, who is currently Head of History at Haberdashers Adams Grammar school in Shropshire, handed in his notice a day after his win but will see out the school term

They previously planned to visit Santander, Bilbao and Pamplona in Spain before heading for the Pyrenees, but were thwarted by Covid-19.

Asked how he would be spending his next holiday, Mr Fear revealed he intended to buy a motor home and visit ‘wonderful Britain’.

He said: ‘Much as I’d love to jump on the next plane to the States or something like that, it’s just not an option.

‘So for the moment it’s wonderful Britain, probably Wales first of all – so a motor home in Wales is what I’m going to spend my million pounds on.’

The show’s host, Jeremy Clarkson, said Mr Fear was like ‘having the Encyclopaedia Britannica sitting opposite me’ and added: ‘It’s Google, in a head’.

Describing himself as ‘a bit of a democratic socialist’, Mr Fear said he planned give at least 70% of his winnings to members of his family and spend the rest on a ‘comfortable retirement’. 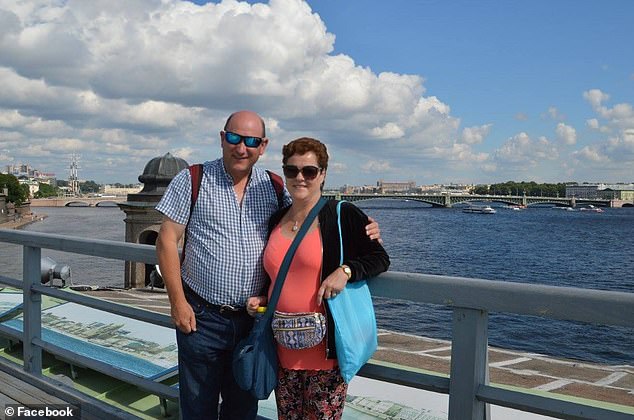 He also rubbished the idea of buying an Aston Martin sports car or moving house, saying: ‘It’s in a lovely area and I’ve been there for 27 years.’

After winning the second Fastest Finger First round of Friday’s show, Mr Fear said he was ‘in the zone immediately’.

However, he admitted: ‘Then my next thing to negotiate was getting on the chair because I was a bit worried I was going to fall off… because I’ve got quite short legs.

‘I was concentrating, I was sitting as absolutely still as I can, so this thing about (me being) cool and calm is actually me trying not to make a complete idiot of myself on national television.’

The final question he answered correctly was: ‘In 1718, which pirate died in battle off the coast of what is now North Carolina?’

The answer was: Blackbeard.

‘You don’t be a history teacher for 33 years without knowing a few dates, and the date 1718 and Blackbeard leapt out at me instantly.’

Mr Fear only used one of his lifelines, 50:50, to win the jackpot, leaving his two Phone A Friend options and Ask The Host unused.

The episodes were pre-recorded without a studio audience due to Covid-19, with contestants given the option of a double Phone A Friend in place of asking the audience.

Mr Fear, who was born in Bristol, said he had since resigned his job as a teacher at Haberdashers’ Adams Grammar school in Newport, Shropshire, whose alumni include former Labour leader Jeremy Corbyn.

But he said: ‘The rules are you have to go at the end of a term.

‘Actually, I never investigated the possibility of whether it would be possible not to go back at all – but how unfair to my A-level students that would be?’

Mr Fear added: ‘I was planning to go in two years anyway just before my 60th birthday. 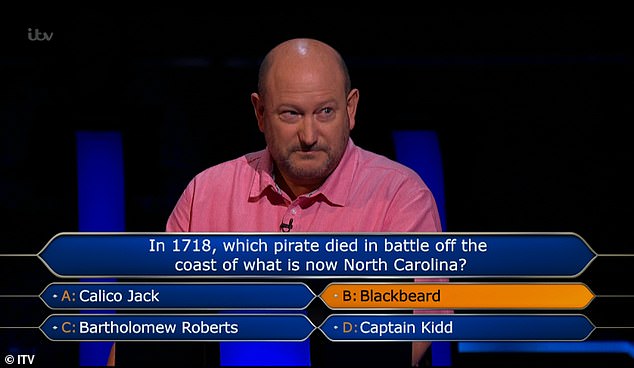 He said he was able to answer the £1million question – ‘In 1718, which pirate died in battle off the coast of what is now North Carolina?’ – before he’d seen it properly

A message said: ‘Wow what a performance from as cool as a cucumber Mr Fear! Congratulations from everyone at Adams! ‘I taught it to Year 8 kids!”

Mr Fear celebrated his win with his brother, who he claimed was the more intelligent sibling.

He said: ‘He is so pleased for me.

‘We went to spend a night in a hotel with our wives last week and got absolutely plastered and he kept poking me saying how pleased and how overjoyed he was by it.’

Ingram Wilcox was the last winner of the top prize, going all the way in 2006.

In all, five contestants previously won the £1 million prize on the UK version of Who Wants To Be A Millionaire?

The first was Judith Keppel in November 2000.

For her final question, then-host Chris Tarrant asked: ‘Which king was married to Eleanor of Aquitaine?’