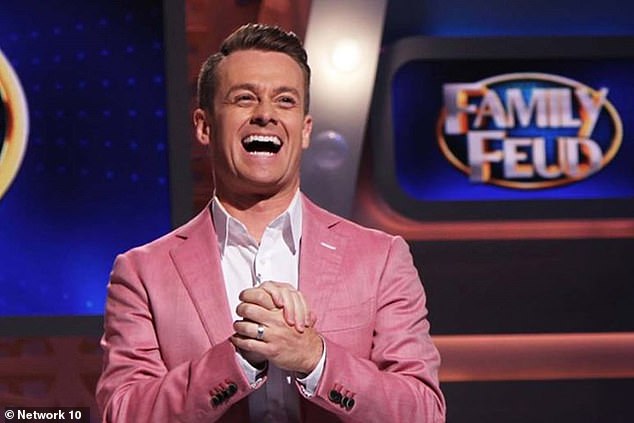 Blast from the past! Grant Denyer shares throwback photo to his fourth birthday party at McDonald’s – as he celebrates turning 43

And the TV presenter shared a throwback photo of himself celebrating his fourth birthday party at McDonald’s back in 1982, to mark the special occasion.

In the photo, which was shared to Instagram, a four-year-old Grant is seen smiling ear-to-ear while he had his arms around his male peers.

Now that’s a blast from the past! Australian TV icon Grant Denyer (pictured) has shared an epic throwback photo to mark his 43rd birthday on Saturday

‘A hugger since ’82. Everyone wants to be your friend when your 4th birthday is at Maccas,’ the caption began.

‘Come for the company, stay for the famous ice-cream cake,’ he continued.

‘What a squad. And a what a total pimp… rollin’ in a velvet tracksuit like a birthday boss. Although exceptionally flammable.’ 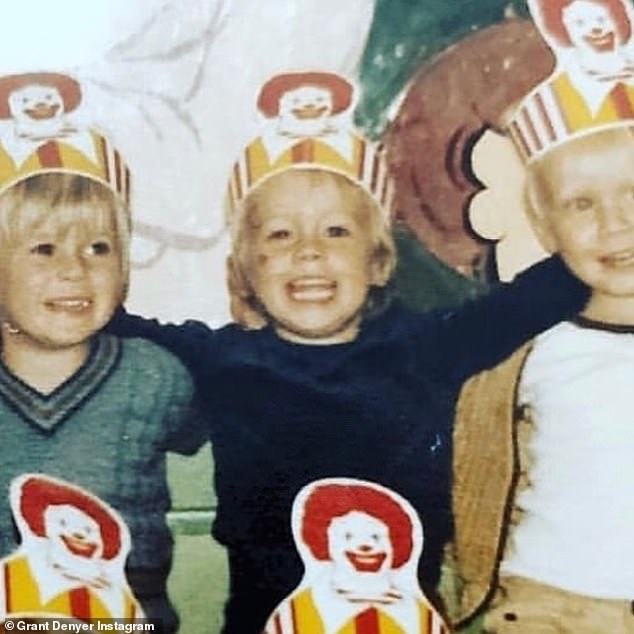 So cute!  The TV presenter shared an Instagram photo of himself celebrating his fourth birthday party at McDonald’s back in 1982, to mark the special occasion (pictured center)

‘Thx for the magical memory. We were kings that day my friend,’ he wrote referring to the Ronald McDonald party hats he and his friends were all wearing at the time.

Grant is currently expecting his third child with his long-time wife Chezzi, they share daughters, Scout and Sailor.

The Family Feud host recently revealed he has ‘cherished’ his time in isolation with his family. 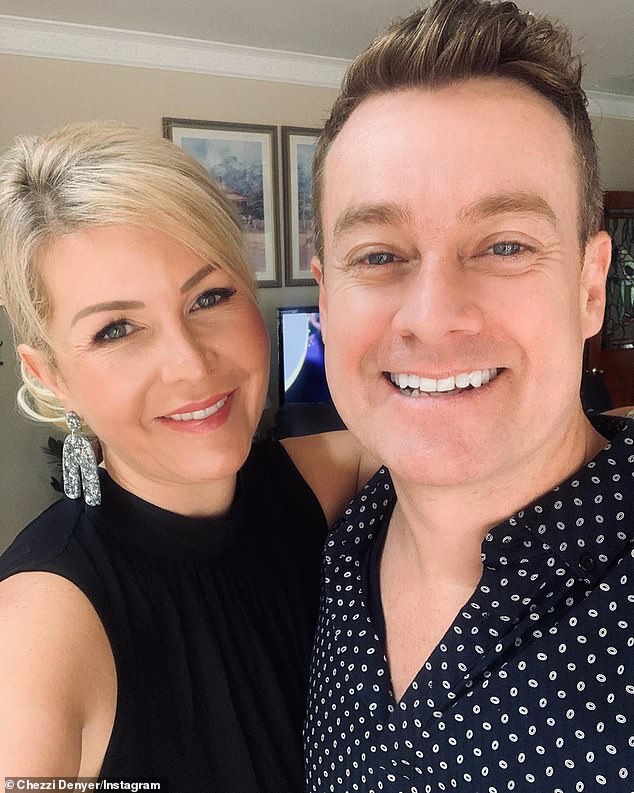 Speaking to The Sunday Telegraph last month, he said: ‘To be absolutely honest, I’ve had a couple of crazy years… In fact, I’ve had 300 nights in hotels in the last two-and-a-half years.’

‘My tank was pretty empty, so it was a real chance to restore, replenish and revitalise,’ the TV personality added.

‘This pandemic has taken so much away from so many people, but in a weird way, it’s also given us something back,’ he said, adding that he ‘cherished’ the extra time with his family. 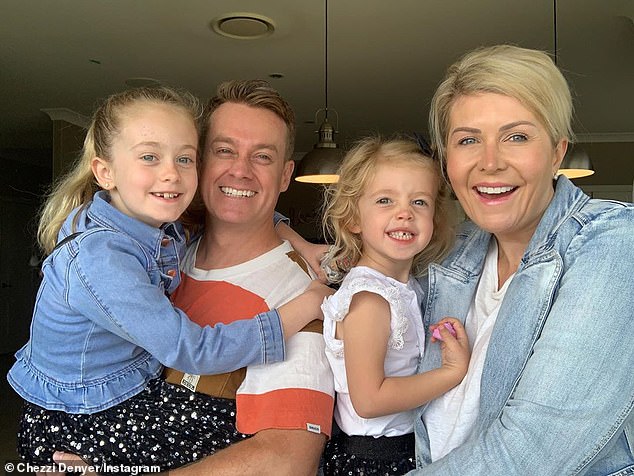 Proud parents: Cheryl has been open about her desire to expand her brood, previously telling TV Week magazine that Grant would ‘love a son’. Pictured with daughters Sailor, eight, and Scout, four