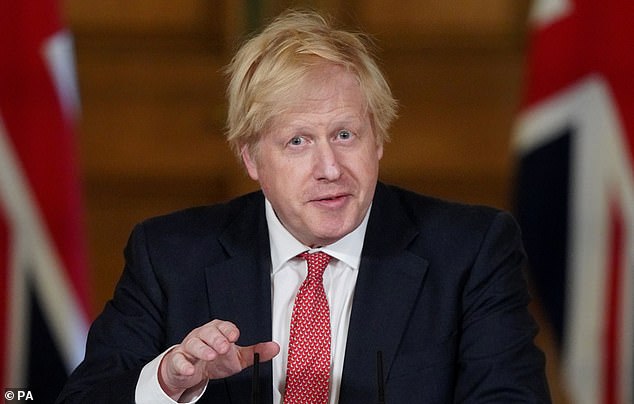 It’s basically the Nixon ‘Madman strategy,’ the Minister explained to me. ‘They want the EU to think they’re crazy enough to go for No Deal, and that will spook them into giving enough concessions that we can strike a deal.’

Perhaps it will. But there’s one major difference between Nixon’s threat to nuke the North Vietnamese if they didn’t negotiate an end to the Vietnam War, and the plan unveiled last week by Boris Johnson to nuke a trade agreement with the European Union. Nixon was bluffing. Boris is not.

‘None of the big beasts wants No Deal,’ another Minister observed. ‘Boris, Gove and Rishi are all concerned about the economic impact, especially on top of the Covid crash. But if there’s no movement, they’ll press the button on it.’

Downing Street’s view of the uniquely torturous version of Game Theory represented by the ongoing trade negotiations goes something like this. To give concessions, the EU really does need to be convinced Britain is prepared to turn its back on its biggest trading partner.

Boris’s ruthless pragmatism last year – when he threw the DUP overboard in order to sign the Withdrawal Agreement – made most Eurocrats believe that despite the rhetoric, he would never actually embrace No Deal.

So to make them realise he’s not bluffing after all, a major gesture had to be made to shake them out of their complacency.

That gesture came in the form of the incredible spectacle of Northern Ireland Secretary Brandon Lewis standing at the Despatch Box on Tuesday and casually announcing that, yes, the Government he was a member of was indeed planning to break the law. All be it in what he called ‘a very specific and limited way’.

The subsequent uproar was music to No 10’s ears.

‘Does my noble and learned friend simply not understand the damage done to our reputation for probity and respect for the rule of law by those five words uttered by his ministerial colleague?’ former Tory leader Michael Howard raged in the Lords. 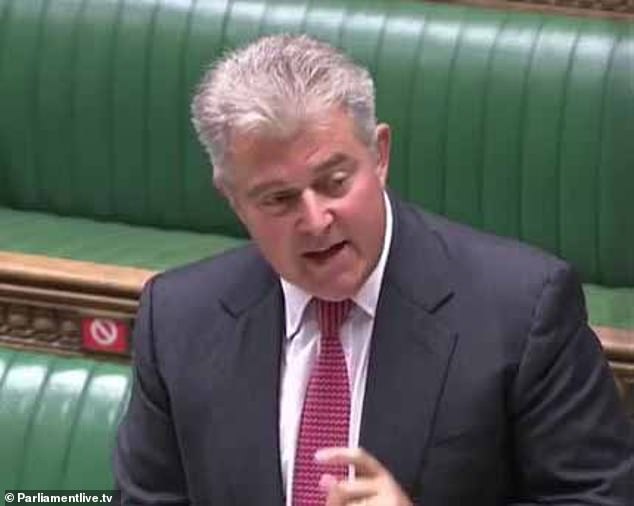 So to make them realise he’s not bluffing after all, a major gesture had to be made to shake them out of their complacency. That gesture came in the form of the incredible spectacle of Northern Ireland Secretary Brandon Lewis standing at the Despatch Box on Tuesday and casually announcing that, yes, the Government he was a member of was indeed planning to break the law. All be it in what he called ‘a very specific and limited way

A visibly angry Theresa May asked: ‘How can the Government reassure future international partners that the UK can be trusted to abide by the legal obligations of the agreements it signs?’

Fortunately, Boris has had some help with that. Not least from his sworn enemies. Social media was already in self-righteous meltdown at the news that the Withdrawal Agreement could be scrapped.

Then Attorney General Suella Braverman popped up with a note that was not so much a legal opinion as a blatant attempt at trolling the Remainers. ‘Whether to enact or repeal legislation, and the content of that legislation, is for Parliament and Parliament alone. This principle was recently approved unanimously by the Supreme Court in R (Miller) v Secretary of State for Exiting the European Union [2017] UKSC 5,’ she wrote.

Gina Miller and her allies, inevitably, took the bait. Boris was guilty of ‘dangerous brinkmanship’, Remain’s high-priestess chided. Economic sanctions and legal challenges could be unleashed.

Which, again, was just what Downing Street wanted. ‘Boris is playing with fire! Someone has to get the matches out of his hands! Quickly!’

In truth, what we’re currently seeing is not the irrational vandalism of a diplomatic pyromaniac, but part of a co-ordinated strategy.

Over recess, Government departments were quietly asked to provide No 10 with feedback on the progress of their No Deal preparations, and if necessary accelerate planning. ‘We knew then something was up,’ one Minister revealed.

It was also no coincidence that last week the Japanese trade deal was unveiled. Brexit’s critics had jeered it would be impossible to secure any significant trade agreements in such a short time period. But they were proved wrong.

‘We knew it would wind the EU up,’ a No 10 insider explains, ‘but we wanted to show them that if necessary we really can go elsewhere. If we can’t get 50 per cent of our trade from them, we’ll go and get it from someone else.’

There is one other key component to the game-plan. A Madman strategy has a much better chance of success if it includes an actual madman. And for all the nervousness about Boris in the capitals of Europe, he is viewed as a political opportunist rather than a political ideologue. But his most senior aide, Dom Cummings, is not.

Social media was already in self-righteous meltdown at the news that the Withdrawal Agreement could be scrapped. Then Attorney General Suella Braverman popped up with a note that was not so much a legal opinion as a blatant attempt at trolling the Remainers

While people may find it hard to imagine Boris or the Cabinet relishing the chaos a No Deal/Covid double whammy could potentially unleash on the UK economy, no one believes Vote Leave’s Ubermensch would have any such qualms.

‘Dom’s driving all this,’ one Minister claims, ‘and he’d love No Deal. You may not like him, but he’s good at this stuff. His track record on Brexit proves it.’

He might be. But there are major risks for Boris in the strategy he’s pursuing. One is that the decision to brazenly announce the Government would be happy to act illegally is inexcusable.

There was a lot of rampant hypocrisy on show last week, as those who had been stoutest in defence of the toppling of statues and the blockading of printing presses suddenly discovered the sanctity of the rule of law. But that cuts both ways.

A Prime Minister who expects the nation to respect the edicts of his Covid marshals cannot tear up treaties signed in his own hand.

Another risk is that Sir Keir Starmer is studiously avoiding running into the traps Boris keeps laying for him. Labour’s leader courted criticism from the Remain wing of his party by announcing it was time to ‘move on’ on Brexit, and chose to avoid the issue completely at Prime Minister’s Questions.

And a chaotic end to the Brexit negotiations will feed into Starmer’s narrative that the Government is losing its grip.

But the biggest gamble lies out in the country, and in particular among those Red Wall seats that handed Boris his triumph last December. Covid, not Brexit, is the prism through which people currently view their politics. As far as the nation is concerned, Boris has followed through on his pledge – Brexit is done. And if he turns to them in the middle of the biggest health and economic crisis for a generation and announces ‘Oh, by the way, that Brexit thing – it’s not sorted after all,’ they’re not going to thank him.

Most Ministers still believe Boris won’t have to walk away from the negotiating table. ‘I’m convinced we’ll end up with a deal,’ one told me. ‘I think something will be cobbled together so that there are no tariffs now, but they can potentially be imposed if we opt for divergence in a few years’ time.’

But the EU should be under no illusions. Is Britain’s Prime Minister really mad enough to pursue the nuclear option? Yep. He really is.

MPs fear Dodds is a dud

‘She’s just not managing to cut through,’ one Shadow Minister admits to me. ‘The economy is the key battleground. But she can’t lay a glove on Sunak.’ Another Labour MP tells me: ‘Anneliese is out of her depth.’

Defenders of Dodds say she’s trying to frame herself as the ‘school-run mums’ Chancellor’ and is contemplating a major intervention to boost her profile. But with the Budget approaching, time isn’t on her side.