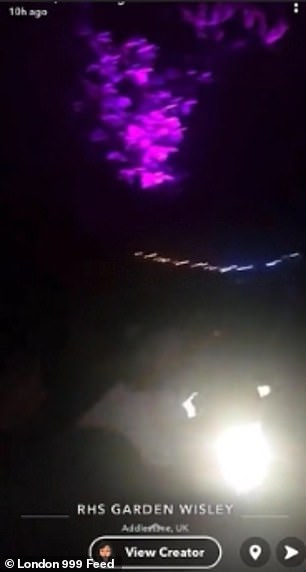 An illegal rave took place in a leafy Surrey village on Saturday night as young revellers partied ahead of the new COVID crackdown.

Snapchat footage from the event shows a large number of people dancing in very close proximity to each other.

The video, which is tagged in RHS Garden Wisley, shows the partygoers listening to electronic dance music. 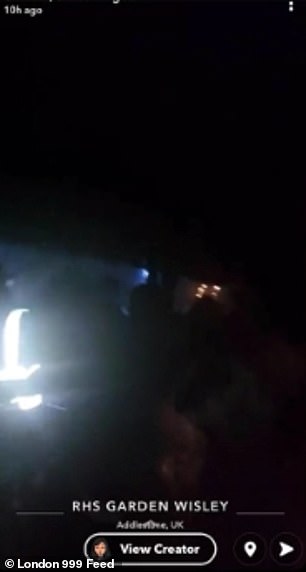 The gardens are a popular beauty spot for tourists in the Surrey village and cover 240 acres.

Surrey Police have confirmed they are investigating the rave but said they are yet to make any arrests.

They said in a statement: ‘Surrey Police is aware of the gathering that took place in woods near Wisley on Saturday night the 12 September. 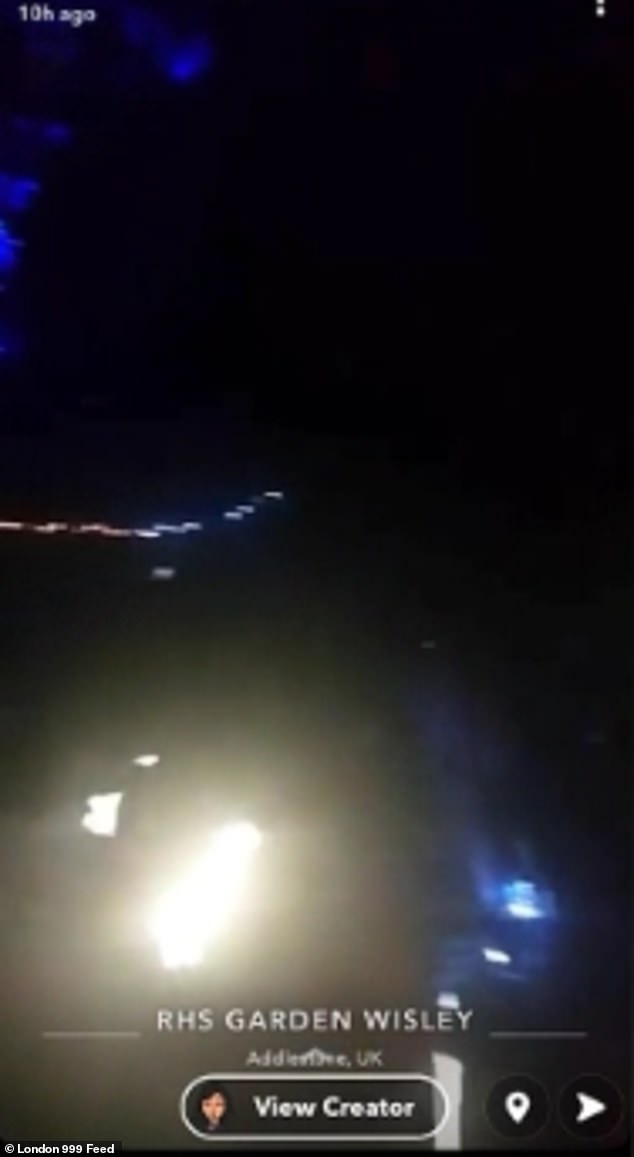 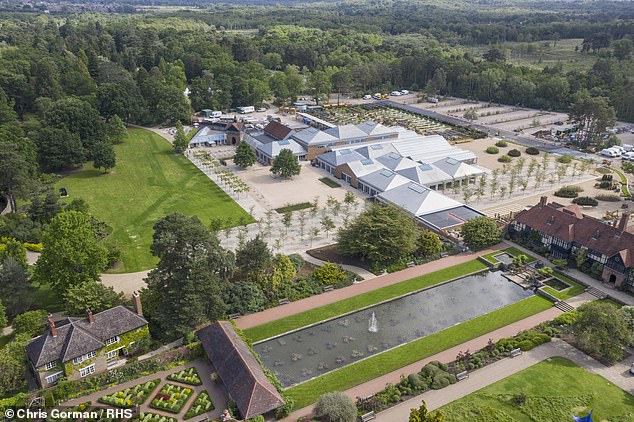 ‘We are following up on a number of lines of enquiry but if you have any information that will help us please contact us via direct message w reference PR/ P20214447.’

A number of illegal raves have taken place throughout lockdown, with many clearly making the most of this weekend before new restrictions are enforced on Monday.

Officers broke up house parties in Altrincham, Stockport and Flixton, all in Greater Manchester, on Saturday night, while police in Nottingham tackled a 50 person gathering in Lenton.

In the largest gathering said to have been broken up by officers last night, a team from Greater Manchester Police dispersed around 70 party-goers from a house in Mottram. 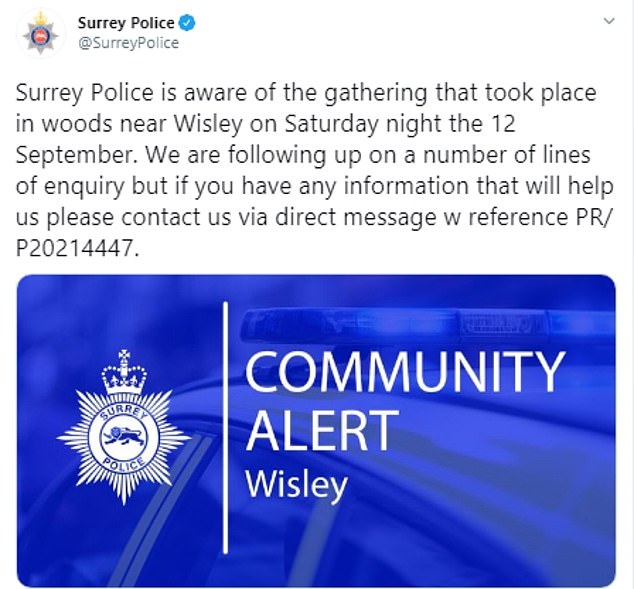 From tomorrow, the controversial so-called ‘rule of six’ will come in, as the government tries to tackle rising coronavirus infection rates by restricting meetings both indoors and outdoors.

Ministers are even considering a 10pm curfew for pubs next week with Justice Secretary Robert Buckland warning that young people are ‘forgetting the rules’.

The crackdown came as revellers up and down the country hit the streets for a last hurrah before the government’s new rule limiting the number of people in gatherings to six comes into play on Monday. 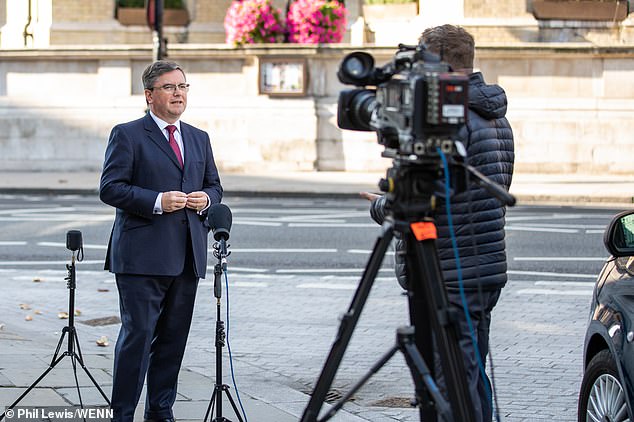 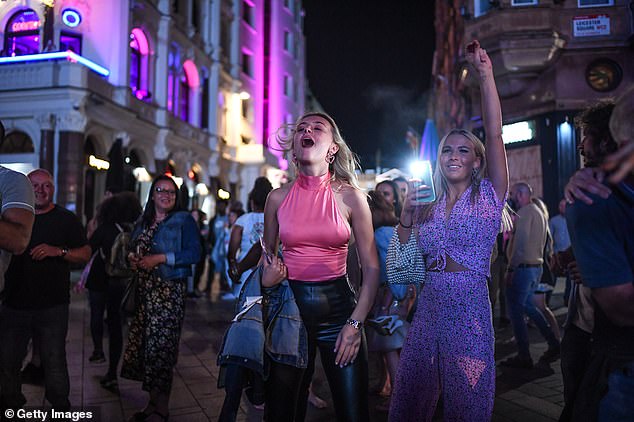 LONDON: People are seen dancing to a busker in Leicester Square tonight in London, England. From Monday, September 14, groups of more than six will be banned from meeting under new coronavirus restrictions

With little sign of social distancing, large groups of drinkers gathered at bars and restaurants in London, Nottingham, Manchester, Portsmouth and Leeds last night and into the early hours of this morning to take advantage of their last few hours of freedom before the government tightens lockdown restrictions again.

In London’s West End, hundreds of drinkers could be seen singing along and dancing as a busker played a tune, with very few revellers paying attention to the government’s social distancing measures.

Under Boris Johnson’s strict new measures, groups of more than six can be broken up by police who will be able to hand out £100 fines to those who flout the rules.

This will double on each repeat offence up to £3,200 and only schools, workplaces and a limited number of other locations will be exempt.

The move, introduced to tackle the rising spread of coronavirus, comes as a Government-led study yesterday suggested the reproduction ‘R’ rate could be as high as 1.7 in England.