He recently gushed about how happy he was in his new relationship with P.E Nation founder Pip Edwards.

And former Australian cricket captain Michael Clarke looked absolutely smitten with the stunning designer as they went for a romantic stroll in Bondi Beach over the weekend.

The loved-up couple held hands as they enjoyed a coastal walk near Pip’s home.

The 40-year-old fitness influencer showed off her sensational figure in revealing activewear from her own line.

Pip’s incredible abs were on show in a tiny zip-up crop top and skintight leggings.

Earlier this month, in a rare interview for The Daily Telegraph’s Stellar magazine, Michael reflected on his life, a year after separating from wife of seven years, Kyly Clarke. 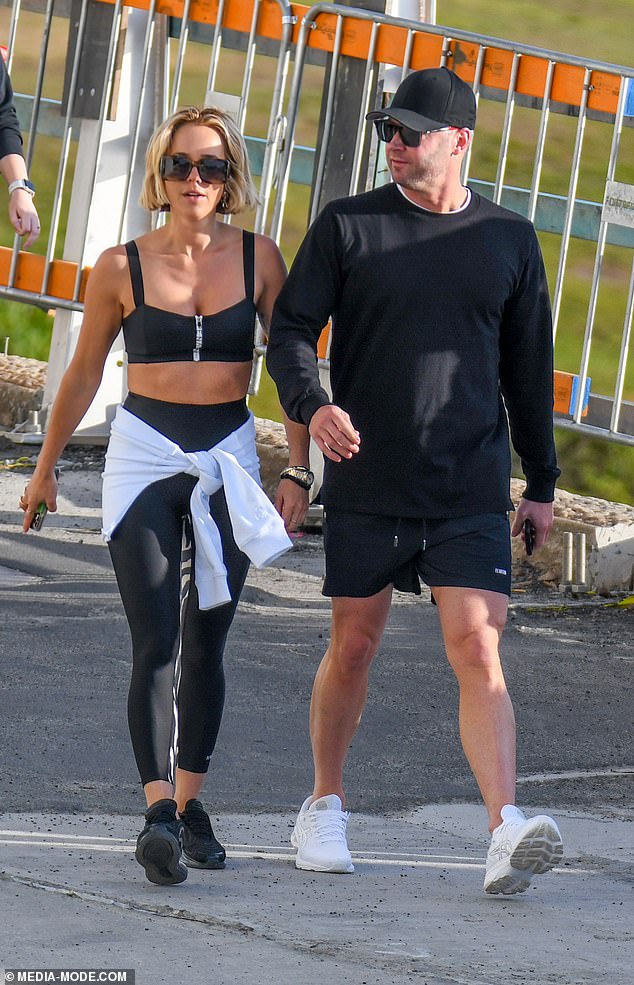 Looking good! The 40-year-old fitness influencer showed off her sensational figure in revealing activewear from her own line

While he preferred to keep coy about his new romance, the retired Australian cricketer did reveal that he’s ‘so happy right now’ and is ‘in a great place’.

‘The people who know me know I’m extremely private or try and be as private as I can with my personal life,’ he said.

Hesitant to provide much insight on his new life with Pip the radio host did say that he couldn’t be happier. 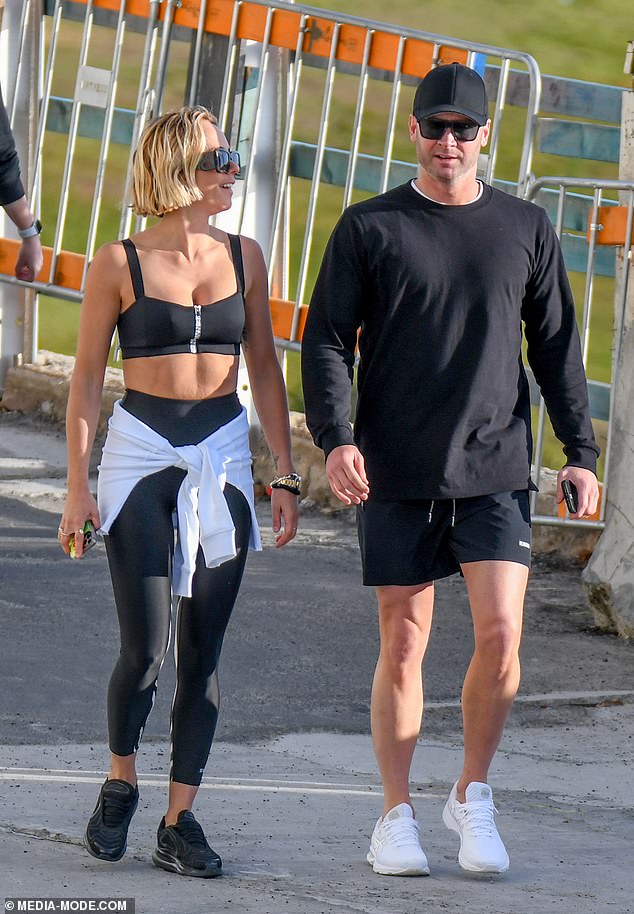 Having a laugh: The pair enjoyed a laugh as they went on their coastal walk 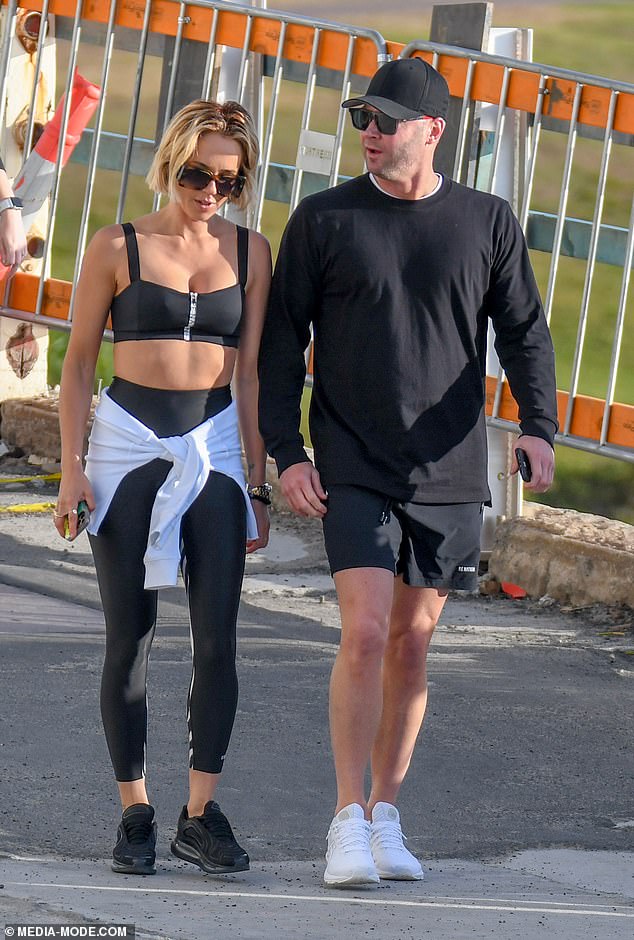 New ‘do: Pip showed off her new cropped hairstyle after recently getting her tresses trimmed

‘In regards to me personally? I’m so happy right now. I’m in a great place. That’s all I can ask for,’ he said.

Michael went on to add that if negative attention is directed at his daughter or partner, it always hits him ‘much harder’ than if it were something ‘thrown’ at him.

The sporting great had separated from Kyly, 39, in September last year, but only revealed their split in a surprise announcement on February 12.

It is understood there was no third party involved in their shock split. 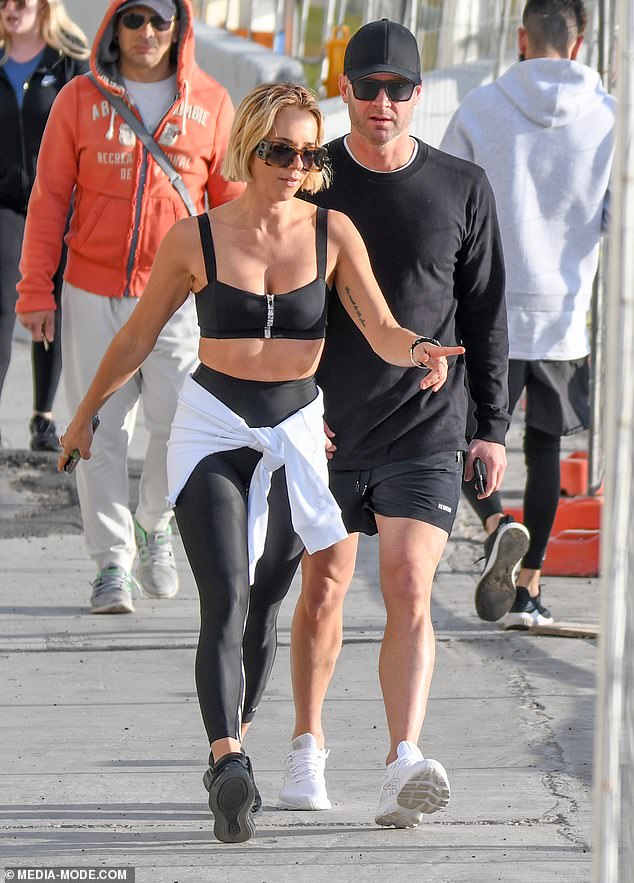 Let’s go! Pip appeared to be leading the way as they walked in her local

The Clarkes have said the ‘amicable’ decision to separate was ‘the best course’ for their daughter Kelsey Lee.

Pip seemingly confirmed their relationship by going ‘Instagram Official’ in July, and the pair enjoyed a PDA-filled trip to Noosa, Queensland that same month. 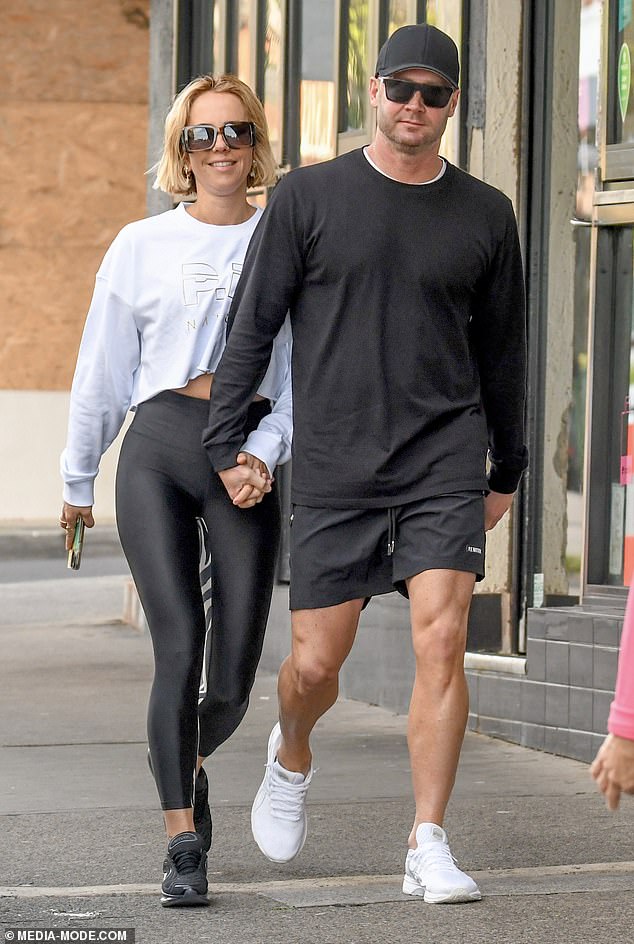 Smitten: Later the couple held hands as they made their way through the streets of trendy Bondi 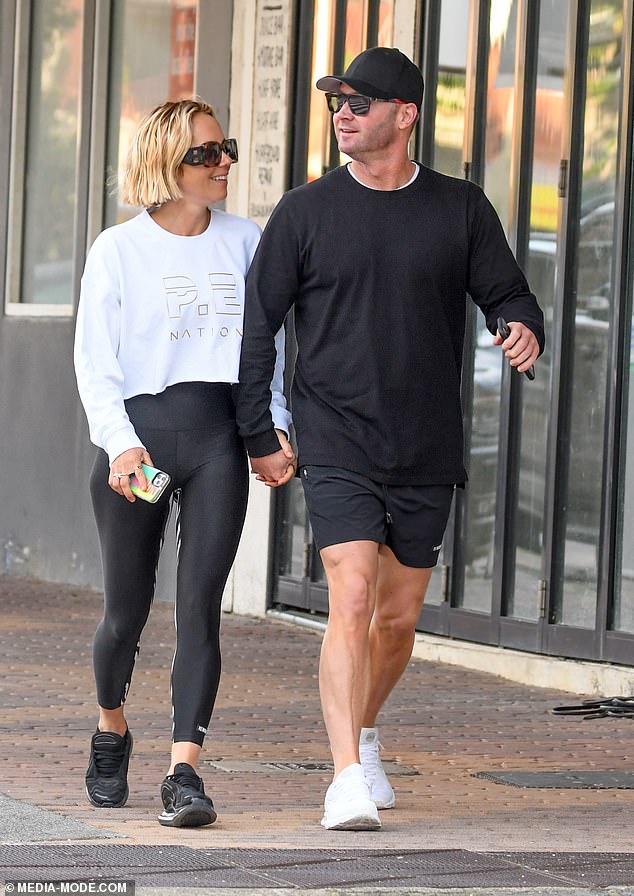 Covering up: Pip covered up her torso in a white cropped sweater – also from her own line