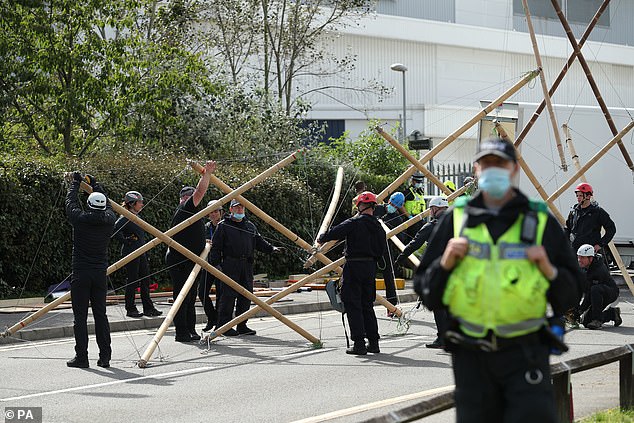 Keir Starmer today hit out at Extinction Rebellion over ‘counterproductive’ protests to stop newspapers being delivered.

The stunt happened on September 4, and left some newsagents’ shelves empty the following morning. It sparked outrage across parties.

During a listener phone-in with LBC radio, Sir Keir admitted he had not admonished a few of his own backbench MPs who spoke out in support of the action.

Fellow MP Dawn Butler called the blockade ‘excellent work’ in a tweet that was later deleted.

The XR stunt happened at printing works in Hertfordshire on September 4, and left some newsagents’ shelves empty the following morning 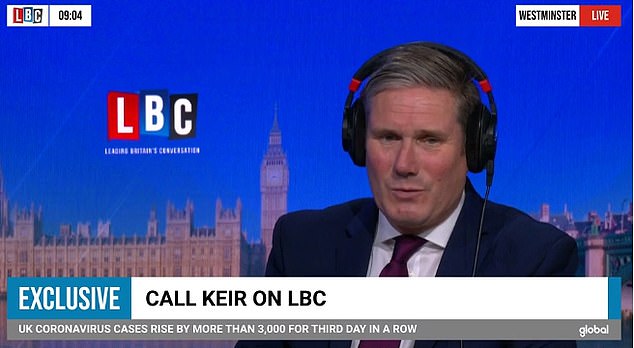 In an LBC phone-in today, Labour leader Keir Starmer warned that the environmental group’s blockade had cost it public sympathy

Asked about their comments, Sir Keir said: ‘I haven’t directly spoken to either of them about it – I disagree with them.

‘Obviously people will have different opinions but my strong opinion is this was counterproductive, it was wrong and we shouldn’t miss the bigger picture here which is that climate change is a very important issue and we do need to shine a light on that but this is the wrong way to do it.’

He added that XR’s tactics were likely to have put ‘people off’ supporting their efforts to raise awareness about climate change and the impact of increasing temperatures.

‘The tactics and the action of Extinction Rebellion, particularly blockading newspapers, was just wrong in my view and counterproductive,’ the former director of public prosecutions said.

‘A free press is a cornerstone of our democracy and people should be able to read the newspaper that they want to read.

‘I actually think it was counterproductive, I think it put more people off than brought people on.

‘The test of this is actually is it persuading people that this cause is the right cause and make them more likely to take action themselves in the way they go about their everyday lives and I actually think this action was counterproductive.

‘I suspect there are more people now who are less sympathetic than there were before.’

Sir Keir said it was ‘rubbish’ that he had been slow to condemn the actions of the protest movement.

Labour’s media spokeswoman Jo Stevens put out the party’s official statement condemning the actions following the blockade but Tory MPs were critical that the comments were not issued under Sir Keir’s name. 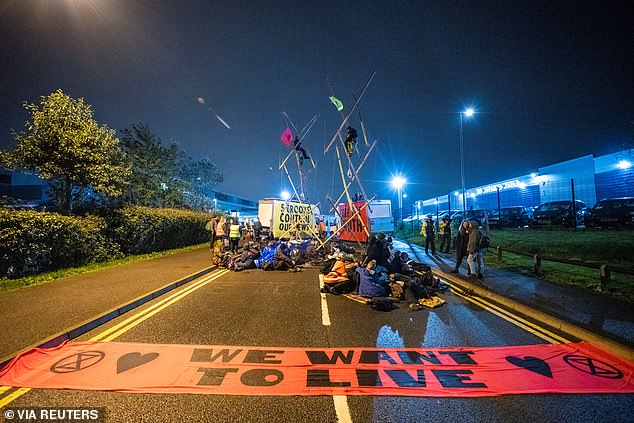