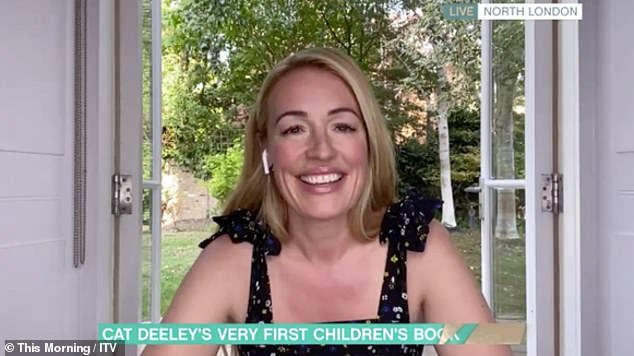 TV presenter Cat Deeley appeared on This Morning on Tuesday and was left cringing when she was shown her first ever screen test with Ant and Dec.

The trio appeared on children’s television show SM:TV from 1998 to 2002 and Cat recently confirmed a special reunion show had been filmed.

Joining the show from north London, Cat, 43, said: The weirdest thing is they were talking about showing it and I was saying to Dec I don’t remember anything about.

‘Ant had that fringe and Declan had that big collar’: Cat Deeley cringed as she watches her first screen test with the Geordie duo ahead of their SM:TV reunion on This Morning on Tuesday

‘I don’t remember anything about it at all. I just remember that we were on your [the This Morning] set and that was it.

‘And so when they showed it, because you always check out the barnet and what you’re wearing, and I’m like, “I’m okay, I’m having an All Saints moment, I’m okay.” And then Ant had that fringe and Declan had that big collar. But I’m very Brummie!’

Talking about the reunion show, Cat said: ‘We shot a documentary and we talked about all different things, how we first got together how we first met each other, all the things that went wrong in the show. 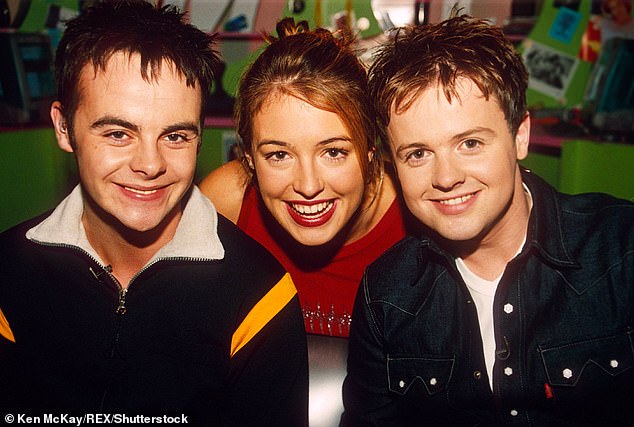 ‘It was at a time of our lives when we didn’t have many responsibilities really, it went quite badly at the beginning, but we turned it around, we found our feet. We found the chemistry between us.’

Cat moved Stateside 14 years ago to focus on her career with husband Patrick Kielty, with whom she has two sons, Milo, four and James, two, but recently returned to the UK full-time after putting their £4m LA home up for sale.

She said: ‘What we were gonna do is flip everything around. This was of course, pre-the situation we currently have in the world, the craziness.

Future: It comes after the star confirmed the SM:TV Live reunion show has been filmed – and teased an air date (pictured in August 2018)

‘We were going to be based here, the kids could see all of their grandparents all the time… and we wanted Milo to go to school here.

‘And then a global pandemic hits and nobody knows when they’re next going anywhere or doing anything, but all I do know is that we’re all together… that’s what’s most important.’

Speaking about her new children’s book, Cat said: ‘It was just one of those things, like every other mum at the end of the day once you’ve fed them and they’ve been in the bath and they smell delicious and all of those things, you are completely exhausted.

‘Well, I am anyway, if I’m being very honest. It was kind of an idea of what would I like to say to them when I can’t find the words and I’m completely inarticulate and I can’t string a sentence together.

‘What do I want to say to my boys and so that was really the idea behind the book. It’s a series of feelings and moments and thoughts and emotions and it’s kind of top and tailed with love. 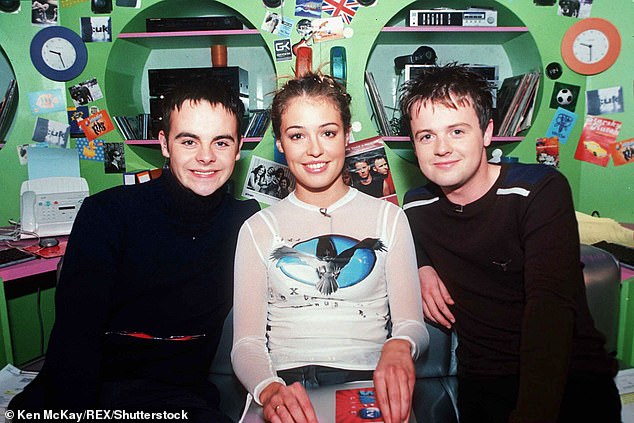 Cat said: ‘People forget, when we started SM:TV we were rubbish. And nobody watched it at all’ (pictured in 1998)

‘My boys are only four and two and they have to learn about the real world quick enough and so, actually, I love the idea that when they go to bed they’ve kind of got that warm and fuzzy moment. And just feel really confident and comfortable.’

Earlier in the week. Cat admitted she believes no one watched SM:TV Live when it first aired because she and co-hosts Ant and Declan were ‘rubbish’.

Writing in The Big Issue’s Letter To My Younger Self column, she said: ‘People forget, when we started SM:TV we were rubbish. And nobody watched it at all.

‘It only stayed on air because Nigel Pickard, who was in charge of ITV kids’ programmes at the time, said: “We’ve got nothing else to fill the slot with.

‘”I know they’re rubbish now, but I think they’ve got something; let’s just keep them on, no one’s watching anyway.” So we had this amazing luxury, where we were all learning together.’

Cat said the show ended up working so well because of the chemistry between herself and Ant and Dec, along with their crew, adding that they all ‘genuinely really liked each other’.

Since 2006, Cat has presented the competition show So You Think You Can Dance in the US, and been nominated for five Primetime Emmys.

This Morning airs weekdays from 10am on ITV 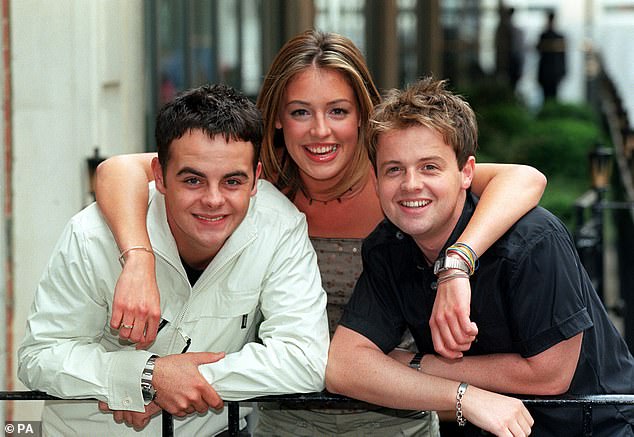